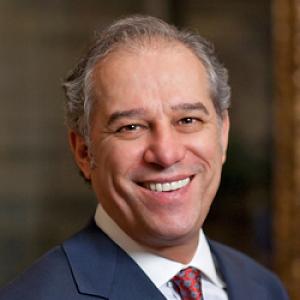 Eduardo Castro-Wright is a private investor. He was the former vice chairman of Wal-Mart Stores, Inc. and president and CEO of Global e-Commerce and Global Sourcing, and led Walmart’s global e-commerce and multi-channel retailing business, and oversaw the company’s global sourcing group. Prior to this, Eduardo was president and CEO of Walmart U.S., where he led the transformation of stores, improvements in the customer experience, and the development of a strong leadership team. Before joining Walmart, Eduardo was president and CEO of Honeywell Transportation and Power Systems Worldwide. He holds a bachelors degree in mechanical engineering from Texas A&M University. Eduardo was elected to CARE’s Board in 2009.