Mother tells horrifying story of being abducted and raped - CARE

Women in the World: Mother tells horrifying story of being abducted and raped while trying to flee Myanmar 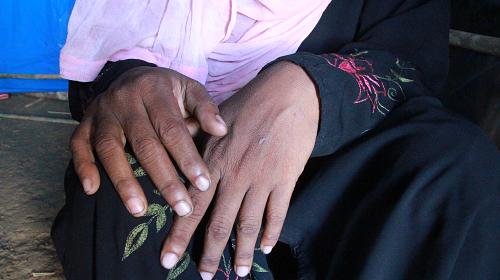 Begum (whose name has been changed to protect her identity) says its easy to identify the worst three days of her life. They are her last three days spent In Myanmar. She’s one of thousands of Myanmar refugees who have suffered or witnessed rape or is at risk of other forms of gender-based violence before fleeing to Bangladesh.

This is her story, as it appeared in The New York Times’ Women in the World, told to CARE’s Jennifer Bose, who sat with the 30-year-old mother of four, on the floor of Begum’s dark tent in a refugee camp.