A CARE Package, On The Occasion of Queen Elizabeth's Wedding 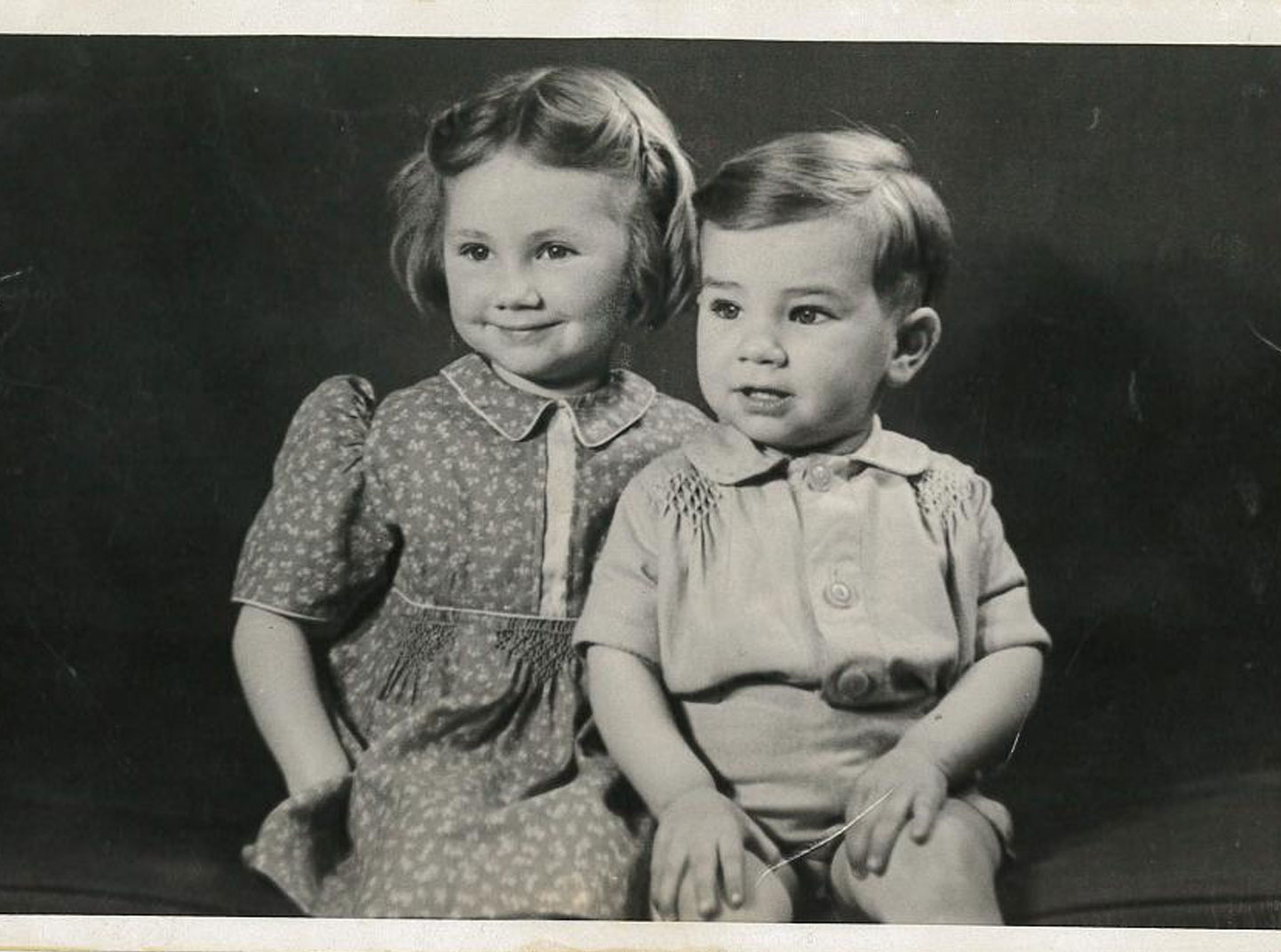 All photos courtesy of Gillian Roberts

All photos courtesy of Gillian Roberts

I have just found an envelope containing information from CARE, via Carter Paterson & Pickfords, dated November 1947 amongst my late mother’s mementos, informing us that a “gift from America,” a CARE parcel, was being sent to us from Jacksonville on the occasion of Queen Elizabeth’s wedding.

This discovery has overwhelmed me with fond memories – it was a red letter day whenever packages arrived. 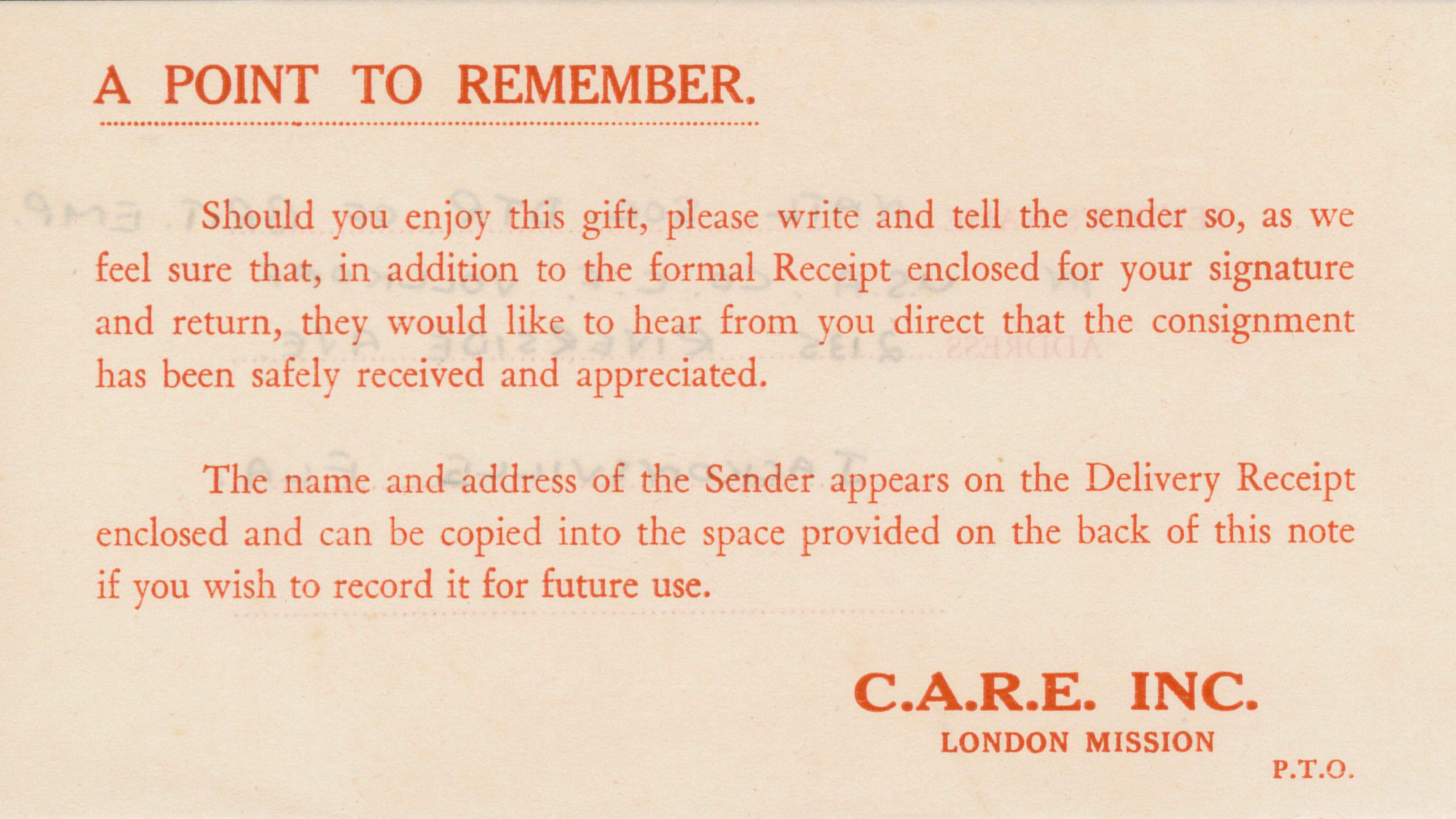 Information detailing how to respond to the sender of a CARE Package.

My mother was widowed in April 1947, our father had died at the age of 31 after contracting tuberculosis three years earlier. We did not see much of him as he was far away in a sanatorium. My mother also contracted the ghastly disease and was hospitalised for several years. I was raised – until I was 8 – by my maternal grandmother, and my brother Christopher stayed with an aunt and uncle.  I was 4 when my father died and my brother was only 2.

These sad events were undoubtedly the reason our family – now somewhat diminished – was selected to be the beneficiaries of such kindness from our “American friends.”

I must have been at our home in Dartford, Kent when the first package from the US arrived, and I remember the overwhelming excitement as we opened it and out tumbled all these amazing goodies. My 4-year-old memory seems to recall a very large tin of cling, sliced peaches, tins of peas, potatoes, evaporated milk and packs of cereal. My grandmother broke down into sobs of disbelief and I was both elated and confused. I wonder if there was a pair of gloves and a scarf in there too – or did I just imagine that? 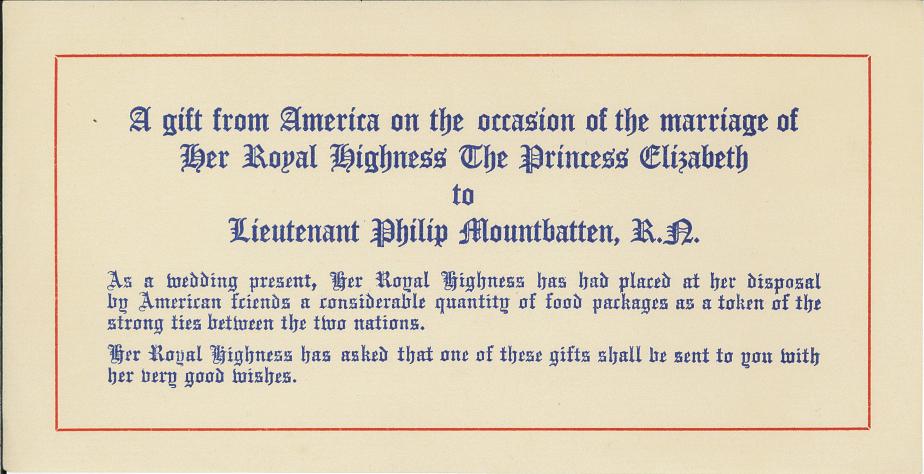 The letter that arrived with a CARE Package on the occasion of the Royal Wedding.

The parcels were full of fantastic surprises and we were always excited when we saw the Carter Paterson lorry. We were still rationed at that time, so anything from America was delicious, because it was so different from the usual bland food on offer.

It was an utterly surreal experience and one which my family remembered with joy. My brother died in 2000, and my mother died in 2002, so, other then a nephew, I have no close family, but I have wonderful memories.

I can state quite categorically that have never forgotten that day 68 years ago!! It was a life-changing moment for me, although at the time I was probably not aware of the huge impact it made at the time. It was in my early-teens (not a term used in the 50’s) when I began to obsess about moving to the US and in 1967 I left England for New York. I spent 15 fantastic years in America before moving back to here in the 1980’s. 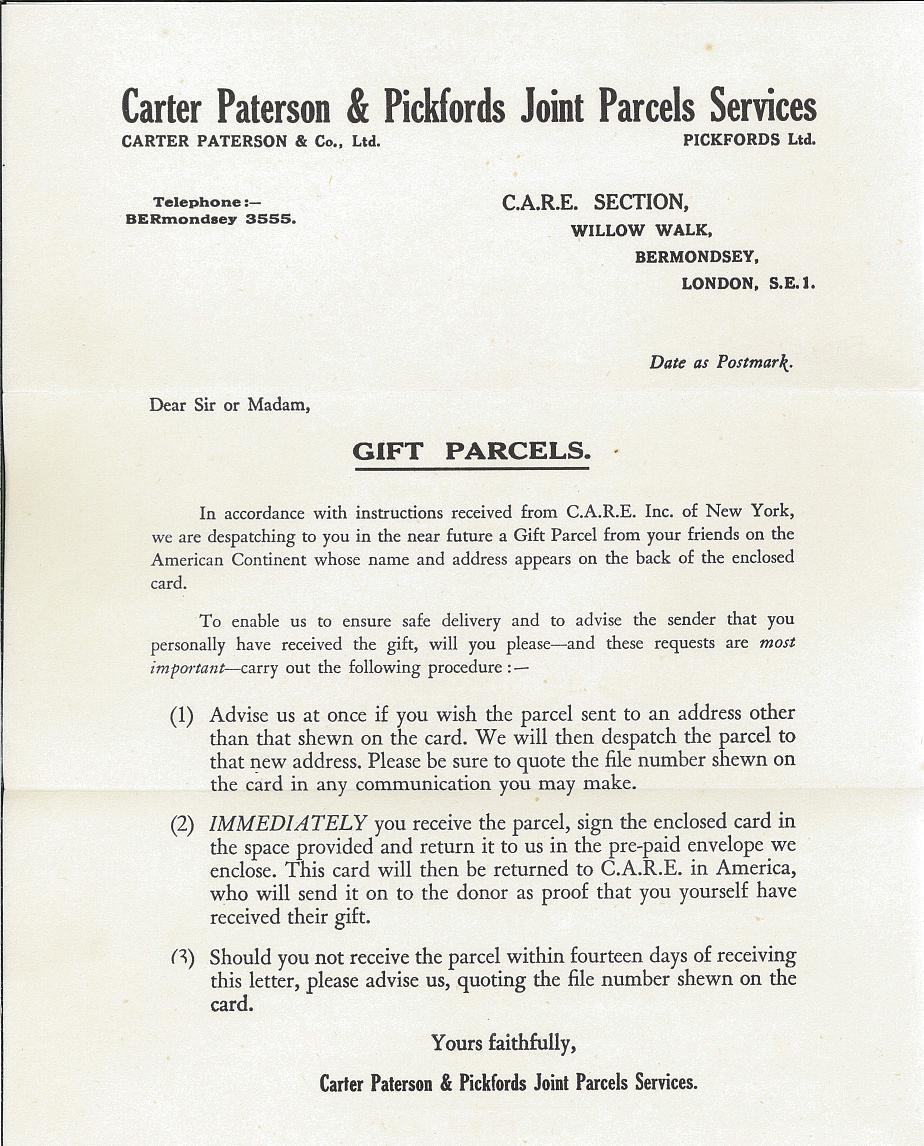 The letter that arrived in 1947, detailing the delivery of a CARE Package