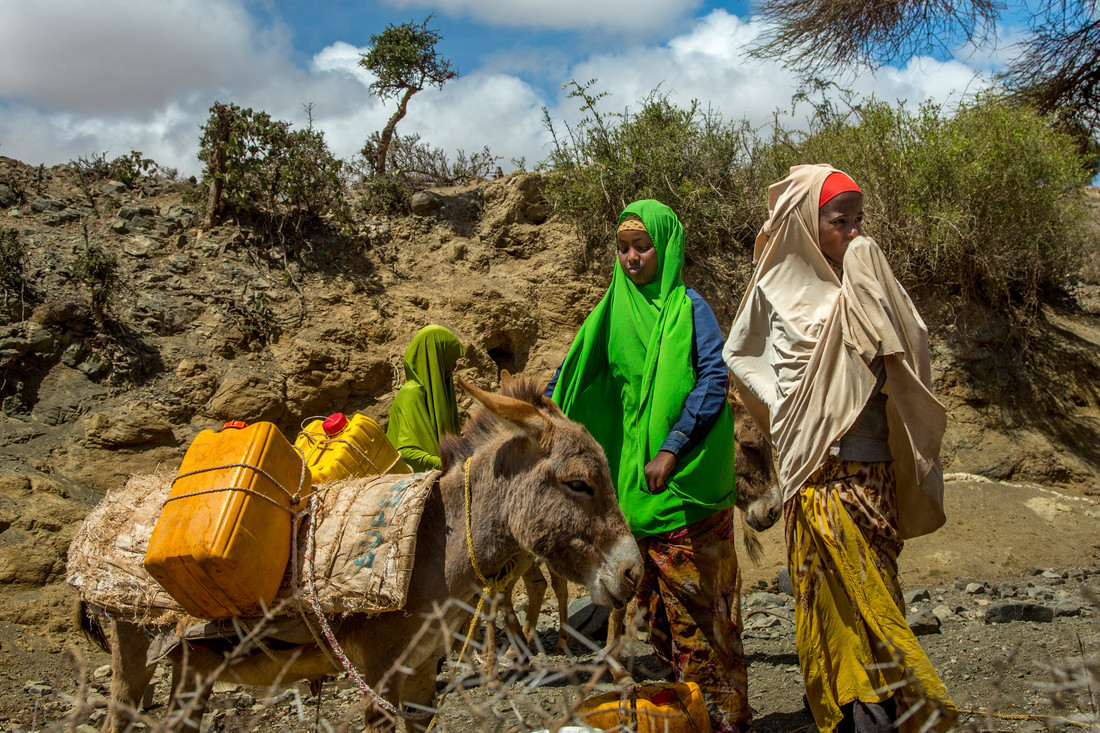 An estimated 7.8 million people in Somalia/Somaliland are faced with severe food shortages in the country. The hunger crisis is caused by the combined impact of conflict, unpredictable climatic shocks, and the COVID-19 pandemic.

About the Crisis in Somalia

After four consecutive failed rainfall seasons and a projected fifth, Somalia once more faces severe drought that could put large part of the country and its population at risk of famine in 2022. Already, one million people have been displaced in search of food and water.

On top of this, Somalia is currently facing the triple shocks of COVID-19, desert locust infestation, and the effect of the 2019-2020 floods including the Gati cyclone experienced in Bari-Puntland. More recently, the economic impact of the conflict in Ukraine has contributed to the multi-layered humanitarian crisis, which is increasing the vulnerability of people in the region. Over 90% of wheat supplies in Somalia comes from Russia and Ukraine.

The country has been very unfortunate to suffer from a combination of crises one after the other. As the country was reeling from the 2019-2020 floods that decimated most crops and pasture, it was faced with the COVID-19 pandemic which greatly reduced remittances due to the global lockdowns. Most families in Somalia/Somaliland rely on remittances from relatives working in other countries.

As if this was not enough, the country suffered from the desert locust infestation which destroyed the few crops and pasture that had survived the floods and now due to below average rainfall, 90% of the country is facing severe water shortages as strategic water sources have dried up or broken down due to overuse. In many regions, the average water price has increased exponentially. The worst-affected areas are in Somaliland, Puntland, Galmudug, Hirshabelle, and Jubaland. Communities in Somalia and Somaliland have told us that they fear a repeat of the 2017 severe drought which left a quarter of a million people dead.

Somalia was already facing a fragile food security situation due to previous drought and famine.

of wheat supplies in Somalia come from Russia and Ukraine

of wheat supplies in Somalia come from Russia and Ukraine

The food crisis in Somalia is the result of rapid shifts from drought to flooding, as well as violence and conflict. Consecutive years of poor rains and harvests have decimated crops across Somalia, South Sudan, Ethiopia, and Kenya. Families are dying not only from starvation, but also from diseases such as cholera and measles because they lack clean water and sanitation. More than half of the population live below the poverty line, making them even more vulnerable to climate shifts. Diseases such as cholera and measles are on the rise due to a lack of food and water and health facilities are seeing more admissions of severely malnourished children under 5 and pregnant women. Between January and July 2022, the World Health Organization (WHO) reported 7,796 cases of cholera with 37 deaths. 53.5% of those affected were children below two years old.

Up to 1.5 million children in Somalia – or one in five – could face deadly forms of malnutrition by October 2022 without immediate action.

Famine was last declared in Somalia six years ago, and more than 260,000 people died – more than half of them children. Nearly half of the deaths occurred before the famine was even declared.

How to Help Somalia: What CARE is Doing

Recent CARE assessments have shown a gendered impact of the drought conditions as well as of the COVID-19 pandemic. Sexual and gender-based violence has increased during the pandemic and CARE is supporting survivors with clinical and psychosocial support. Prevailing drought and armed conflict in 2021 have exacerbated displacement of women and girls in Somalia, further driving them into deprivation, poverty, and helplessness.

CARE is supporting communities with water and hygiene and cash to assist to cover immediate food needs. CARE is also providing primary health services, feeding programs for infants and children, and treatment for those with moderate and severe acute malnutrition. Sexual and gender-based violence has also increased during the pandemic and CARE is also supporting survivors with clinical and psychosocial support. CARE has adopted an integrated and multi-sectoral approach to the drought to ensure the interventions are impactful.

CARE is also providing primary health services, feeding programs for infants and children, and treatment for those with moderate and severe acute malnutrition.