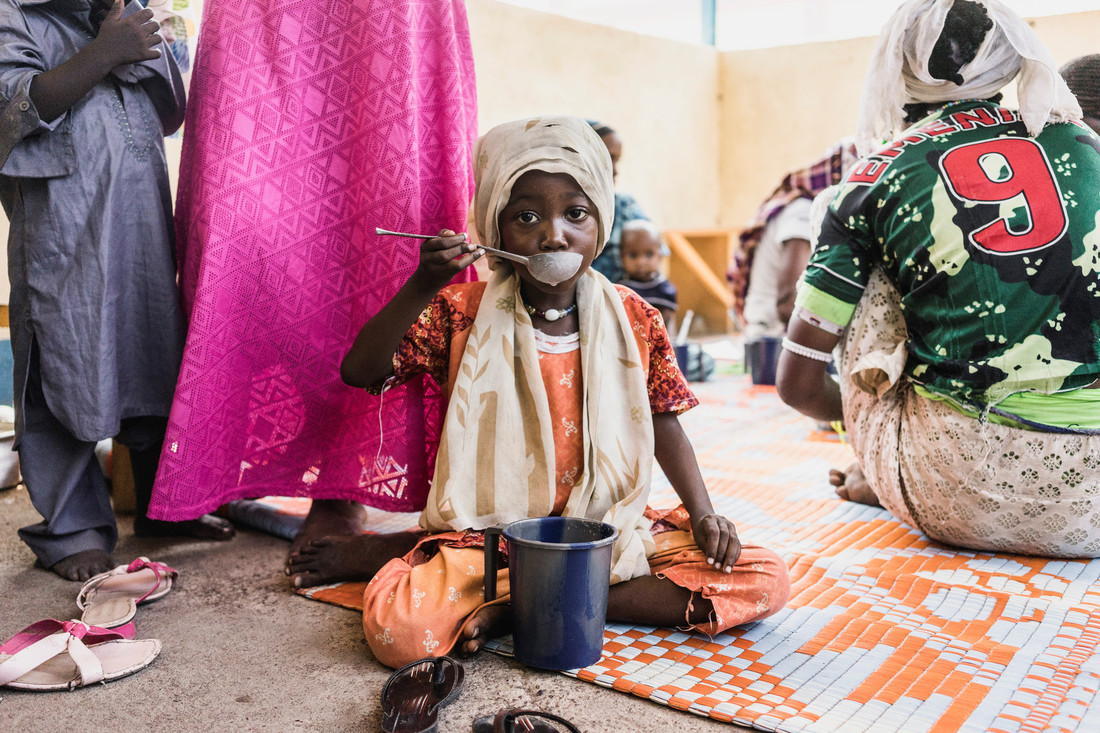 About the Crisis in the Lake Chad Basin region

Due the ravages of violent conflict, extreme poverty, underdevelopment and climate change, more than 11 million people are in need of humanitarian assistance. Most of the 2.4 million displaced by the crisis – more than half of them children – are sheltering in communities who are among the poorest in the world. Across the region, over 7 million people – one in three families – is food insecure, and malnutrition rates have reached critical levels, particularly in the northeast of Nigeria.

The nutrition situation has steadily deteriorated throughout the crisis, with 2.7 million children and women in need of immediate nutrition services. Women and girls bear the heaviest burden of these famine conditions, fetching water from increasingly remote locations, and making compromises to access food for their families — putting them at increased risk of sexual violence.

Niger is dealing with multiple ongoing crises, with 6 out of 8 regions facing severe acute malnutrition, leading to an increase in forced displacements in the Tillaberi and Diffa regions.

Nigeria, the hardest hit by the crisis, has 7.1 million people currently in need of humanitarian assistance, including 1.8 million internally displaced people. The most critical needs are related to food and nutrition, with 368,000 children suffering from severe acute malnutrition (SAM) and 727,000 children suffering from moderate acute malnutrition (MAM). The ongoing conflict directly impacts people’s access to food and nutrition, which is further affected by limited access to safe water and sanitation services and poor hygiene conditions.

In Cameroon, 4.3 million people were in need of humanitarian assistance in 2019 – a 30% increase compared to 2018. Violence against civilians in the northwest and southwest regions continues to seriously impact livelihoods and generate acute humanitarian needs. Rainy seasons make access to goods and services even more difficult for both internally displaced people and the local population.

Nearly 3.7 million people are affected by insecurity in Chad, and more than 500,000 are food insecure. The number of children at risk of SAM rose from 220,000 in 2018 to 350,000 in 2019 – an increase of 59 percent. The food and nutritional crises are exacerbated by violent attacks by Boko Haram groups on villages.

The Lake Chad Basin region faces ongoing conflicts that show no signs of stopping. Security incidents in the region are increasingly targeting civilians and aid workers and threaten humanitarian response.

people are in need of humanitarian assistance.

What CARE is Doing in the Lake Chad Basin Region

CARE has reached a total of 1.3 million beneficiaries affected by the crisis with life-saving food, shelter, water, farming supplies, household and cooking items as well as hygiene kits.

In Yobe and Borno, Nigeria, CARE is providing food distribution, sexual and reproductive health services, and gender-based violence program responds to emergency needs of both newly displaced and host communities.