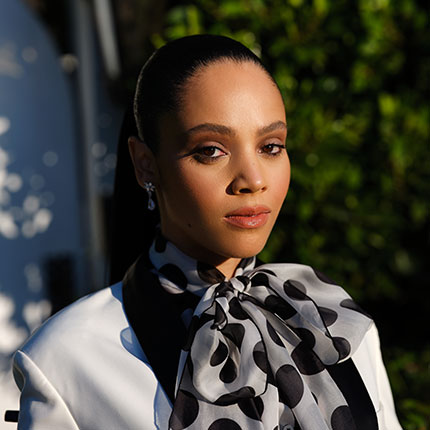 Bianca currently stars in the critically acclaimed series Queen Sugar (OWN) produced by Ava Duvernay. The series won Best TV Drama by the African-American Film Critics Association (AAFCA) in 2016-2018, and earned nominations from the NAACP Image Awards and People’s Choice Awards for Outstanding Drama Series and Favorite Cable TV Drama respectively. Over the last four seasons, Bianca has worked to capture viewers and impact audiences through her portrayal of Darla, a former addict struggling to regain her sobriety. Lawson’s performance as Darla has garnered her praise from outlets including Associated Press, Vulture, Complex and more.

Bianca Lawson has been in the business for over 20 years, acting since the age of nine. A few of her most memorable appearances include the cult series Buffy: The Vampire Slayer, Dawson’s Creek, Pretty Little Liars, Secret Life of the American Teenager, and Teen Wolf as well as the feature film Save The Last Dance opposite Julia Stiles.

Bianca is based in Los Angeles.