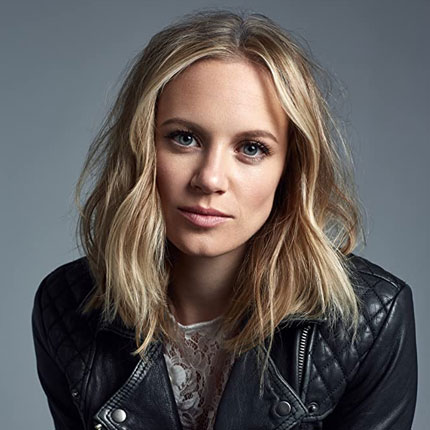 From bringing powerful characters to life in film and television, producing projects, and working tirelessly to empower women of all ages, Danielle Savre has made a name for herself in the entertainment industry as one of the most up-and-coming actresses today. This year, Savre can be seen starring in ABC’s hit action-drama series “Station 19.” The show, a spin-off of the longest running network medical drama series, “Grey’s Anatomy,” follows the lives of a group of heroic firefighters in the Seattle Fire Department, based at Station 19. As the crew work closely together, they risk their lives and hearts both in the line of duty and off the clock on a daily basis. Savre is a standout as Maya Bishop, a former Olympic athlete who has an innate competitive nature that pushes her to be the best firefighter in the house. “Station 19” debuted season two in October 2018, and will air new episodes throughout spring 2019.

Savre was born and raised in Southern California, and had a deep rooted passion for the performing arts from a young age. Growing up in a suburb of Los Angeles, Savre immersed herself in all things entertainment. From singing to local theater, she knew being an actress was her calling. Savre got her first big break on NBC’s “Heroes” in 2007, and has worked steadily ever since. Once wrapping “Heroes” she went on to land the title role of “Kaya” on MTV’s rock star series of the same name. She went on to star as the lead in The CW’s “Supernatural” spin off entitled “Bloodlines,” and in the RJ Cutler directed pilot, “Four Stars” for CBS. Additional television credits include lead roles in Tyler Perry’s “Too Close to Home” for TLC, “T@gged” for AwesomenessTV, and a multi-episode arc in season seven of “Blue Bloods,” to name a few.

On the film front, Savre was most recently seen in Warner Bros’ sci-fi horror feature Deep Blue Sea 2 which was released in April 2018. She also co-starred in Bring It On: All Or Nothing (HBO) opposite Hayden Panettiere and Jake McDorman, and held a lead role in Boogeyman 2 for Columbia Pictures/Sony. She recently completed lead roles in several independent features including: Pierre David’s The Perfect Stalker, John Stimpson’s The Wrong Car, H.M. Coakley’s Black List screenplay Adulterers, Gwen Wynn’s Wild About Harry, which won the Best of the Fest award at the Palm Springs International Film Festival, and Todd Sandler’s A Cohort of Guests, which recently premiered at the Santa Barbara Film Festival.

Aside from her work in front of the camera, Savre has brought projects to life behind the scenes producing several short films including Jeff Betancourt’s award winning film Knock Knock, which premiered at the SXSW film festival and has played at 30 film festivals worldwide to date. Savre also recently received a Best Supporting Actress nomination for her role in Rowan Maher’s short film Collar at the California Women’s Film Festival.

When she isn’t on set, Savre has a tremendous passion for giving back and is active with a handful of organizations including CARE, a non-profit that works around the globe to save lives, defeat poverty and achieve social justice. Savre spoke alongside CARE on Capitol Hill in Washington D.C. about the International Violence Against Women’s Act. She also works alongside Y.E.S. (Youth Emerging Strong), providing runaway, homeless and foster youth with safety, stability and housing, along with the relationships and resources to thrive now and in the future.