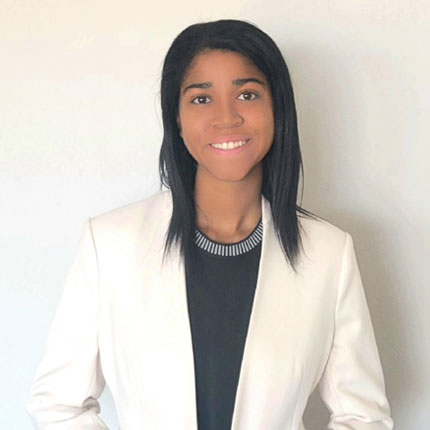 Los Angeles native Zuriel Oduwole is best known for her development work across the globe – advocating for girl’s education, including across the African continent and the Caribbean region. In 2013, at the age of 10, she was profiled in Forbes Magazine and by 2015, she was listed among 33 women who had changed the world in by ELLE Magazine. Calling her the world’s most powerful girl in January 2017, the US Secretary of State – The Rt Hon John Kerry honored her in Washington DC at the state department for her tireless work advocating against child marriages and speaking for girls’ education. Zuriel has met one-on-one with over 30 World Leaders [Presidents and Prime Ministers] to address Global Social Development and Education Challenges that children and teenagers face.

She has spoken to 51,930 youths in 19 countries about the power of a good education, and at the COP23 in Bonn, where she demonstrated the clear confluence between climate change and education.

In March 2018, she met with President Filipe Nyusi of Mozambique to talk about girl marriage in his country and the significance of educating girls, showing herself as an example of why girls need to be in school instead of getting married young. A year later after that meeting and with the help of others, Mozambique formally and finally outlawed girl marriage in July 2019.

A simple but influential advisor who understands the effect of wars on girls and women, she mediates between conflicting countries, meeting first with President David Granger of Guyana in their impending conflict with Venezuela at the UN at the age of 13, and years later, she sat down with first President Abdel Fattah El Sisi in Egypt, during the Arab blockade of Qatar, that peacefully ended in 2021.

For her non-traditional approach to resolving global developmental issues, she was invited in December 2021 by the Qatar Foundation to share her radically new idea of reducing the number of out of school children worldwide, at their bi-annual WISE summit in Doha.

When she is not busy advocating, she can be seen teaching a basic film making class to unemployed older girls and young women in Africa, so far to 480 people in Ghana, Cote D’ Ivoire, Nigeria and Ethiopia. Her work and story have been featured on many major global media networks, including BBC, CNBC, TRT London, CGTN, Bloomberg TV, and CNN, as well as in print titles Forbes Magazine, ELLE Magazine, and digitally on Yahoo! news.

Having graduated from UCLA in June 2022 at 19 years of age, Zuriel is now in a graduate school program focusing on global risk & international affairs, but she continues to be a quiet and powerful inspiration to millions of girls, women, political and business leaders around the world, speaking, sharing, and also advising when invited to.

On September 9th, 2022, the 8th Secretary General of the United Nations presented Zuriel Oduwole with the Ban Ki-Moon Leadership Award in New York, for her measurable and development work around the world over the last 10 years.