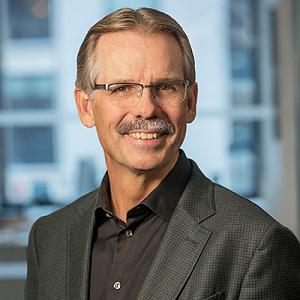 Glenn Hutchins is Chairman of North Island and North Island Ventures and a co-founder of Silver Lake. He is a director of AT&T and Digital Currency Group; Co-Chair of the Brookings Institution, Chair of CARE and Vice Chair of the Obama Foundation; on the Executive Committee of the Boston Celtics Basketball Team (2008 NBA World Champions); and a board member of the New York Presbyterian Hospital. He is also an advisor to the Investment Strategies Committee, as well as a member of the Investment Board and International Advisory Board of GIC Private Limited, the sovereign wealth fund of Singapore.

He was a Director and Chair of Audit and Risk Committee of the Federal Reserve Bank of New York from 2011- 2020. Mr. Hutchins also served President Clinton in both the transition and the White House as a special advisor on economic and health-care policy.

He was previously chairman of the board of SunGard Data Systems, Inc. and Instinet, Inc. and a director of Nasdaq, Inc and Virtu Financial.  He was also a director of the Harvard Management Company for a decade and co-chairman of Harvard University’s capital campaign.

Mr. Hutchins has published essays on economic and public policy in the Wall Street Journal, New York Times, Washington Post, Financial Times, Fortune and Foreign Affairs. He is also a Fellow of the American Academy of Arts and Sciences.