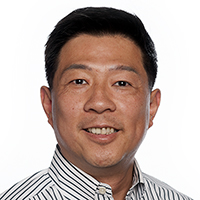 Jerry Tuan is an information technology expert with 15+ years of experience holding senior leadership positions in global Fortune 500 and non-profit organizations. Jerry is recognized for his diverse technology and engineering background and repeated successes building high performance teams, partnering with business executives to define practical technology strategies, and implementing and operating reliable and cost-effective systems and infrastructure that enable organizations to transform and achieve unparalleled success.

In 2016, Jerry joined the Association of American Medical Colleges (AAMC) to lead Application Services, a very large, complex portfolio of technology and systems that drive 80% of AAMC’s annual revenues. At the AAMC, Jerry embarked on a major modernization effort of AAMC’s websites, customer relationship management, eCommerce, and student services systems. Jerry led the evolution of AAMC’s agile movement that integrated IT and business teams earning a place on IDG’s 2021 Best Places to Work in IT.

In 2010, Jerry joined Hilton Worldwide to set up an enterprise Program Management Office, reporting to Hilton’s C-suite, to provide oversight of their largest technology initiatives. Prior to Hilton, Jerry spent 10 years at Marriott International delivering architecture and infrastructure for the organization’s major global initiatives that supported corporate and field operations.

Jerry started his professional career in 1994 as a system engineer. He supported global communication network and large data center operations when he worked for SAIC and Sprint.

On a personal note, Jerry left Taiwan to come to U.S. with his family in 1988 when he was 19 years old. He earned his Bachelor’s degree from The George Washington University and his Master’s degree from Cornell University, both with a concentration in Electrical Engineering. Jerry also earned many certifications such as his TOGAF, PMP, ITIL, DevOps and CSM credentials. Jerry loves sports; he used to compete in the 200-meter sprint and in golf tournaments. He currently lives in Germantown, Maryland, with his wife Grace, daughter Cassandra (22), and son Daniel (19). Jerry and his family are actively involved in volunteer work and have been members of PEACH Foundation and Tzu Chi Foundation for 18+ years.