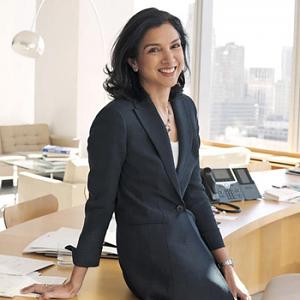 Radhika Jones is the fifth editor-in-chief of Vanity Fair since its modern revival in 1983. She previously held senior editorial roles at The New York Times, Time and The Paris Review. In December 2017, she joined Vanity Fair from the Times, where, since November 2016, she was Editorial Director, Books, overseeing daily and Sunday reviews and expanding the desk’s digital coverage at the intersection of books, news, and ideas. As deputy editor at Time, Jones led the editorial and aesthetic direction of the weekly magazine and steered the multi-platform Time 100 and Person of the Year franchises.

Jones holds a B.A. from Harvard University and a Ph.D. in English and comparative literature from Columbia, where she has also taught courses in writing and literature. Born in New York City, she grew up in Cincinnati and Ridgefield, Connecticut. She joined CARE’s Board in 2019.