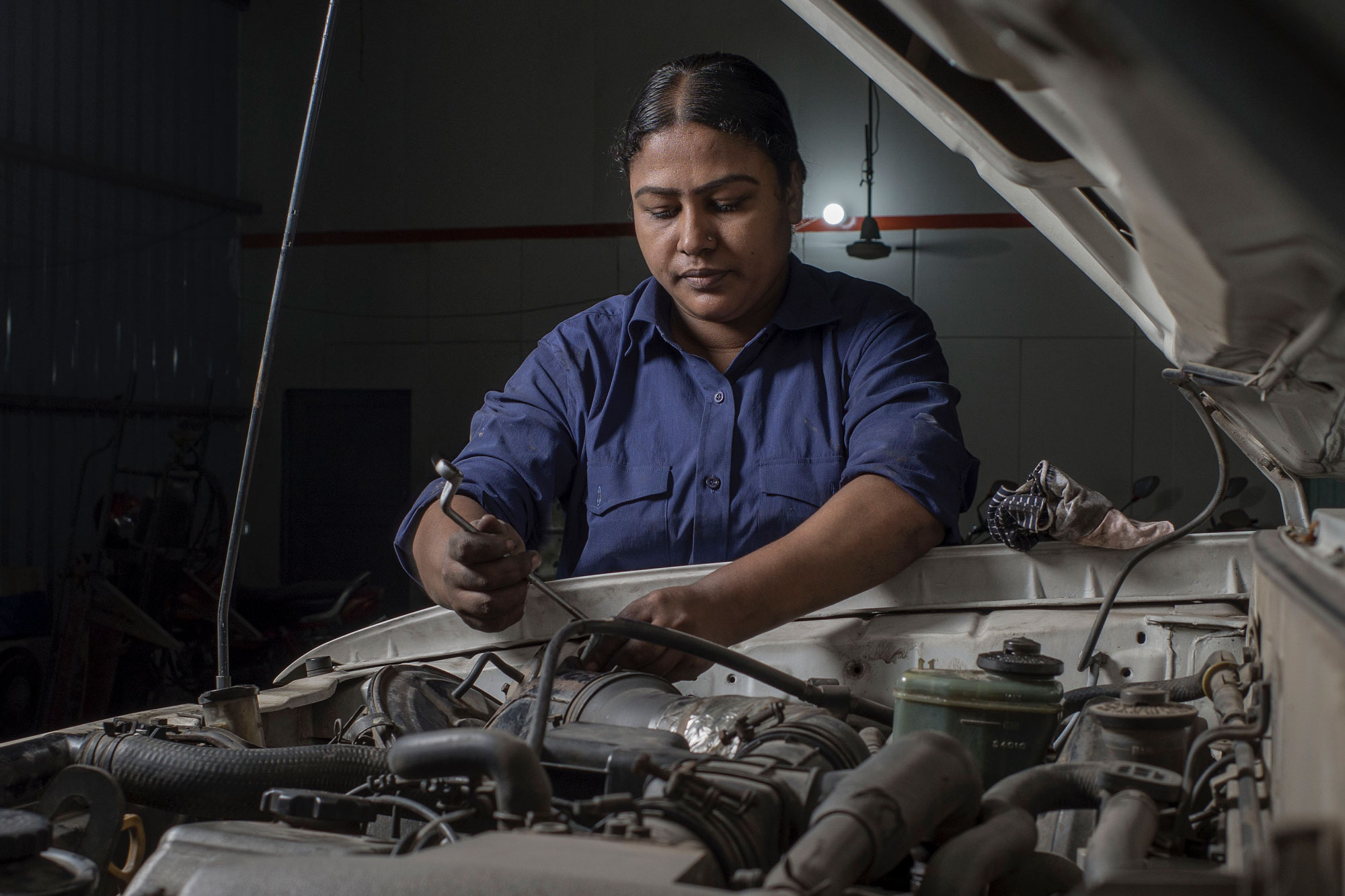 Rabeya is using her earnings to pull her family out of poverty in Bangladesh and plans to open her own garage.

Rabeya Sultana Rabbi is wearing navy scrubs spotted with grease stains. She rolls up her sleeves and steps on a stool, popping open the hood of a truck. She checks the oil and coolant and inspects for leaks.

With her nose ring and pinned-back long hair, Rabeya, 33, doesn’t look like the average car mechanic in Dhaka, Bangladesh. She has defied the norms, sometimes to her own surprise.

“I never dreamt as a child that I would fix vehicles,” she says. “I never saw any women working as mechanics, but I was different from other family members.”

In 2005, Rabeya heard about CARE Bangladesh’s skills training program for women. Participants could choose between receiving sewing training, which included a sewing machine to help them start their own business, or enrolling in a driving course and subsequently be offered a job as a driver — all as part of an initiative to support women in becoming financially independent.

“Hearing about driving, I thought, ‘I never drove and never saw a woman driving, so this is a great opportunity,’” she says.

Not everyone agreed. Rabeya’s in-laws told her that because she was married, there was no need for her to participate in this program. But she was determined. Rabeya convinced her husband to get his parents’ blessing and with that, she enrolled.

I never saw any women working as mechanics.

Rabeya thrived in the driving program and developed more of an interest in fixing cars than driving them.

Today, she works as a mechanic, to the disbelief of her community members, who she says were surprised to see a woman excel in a male-dominated field. 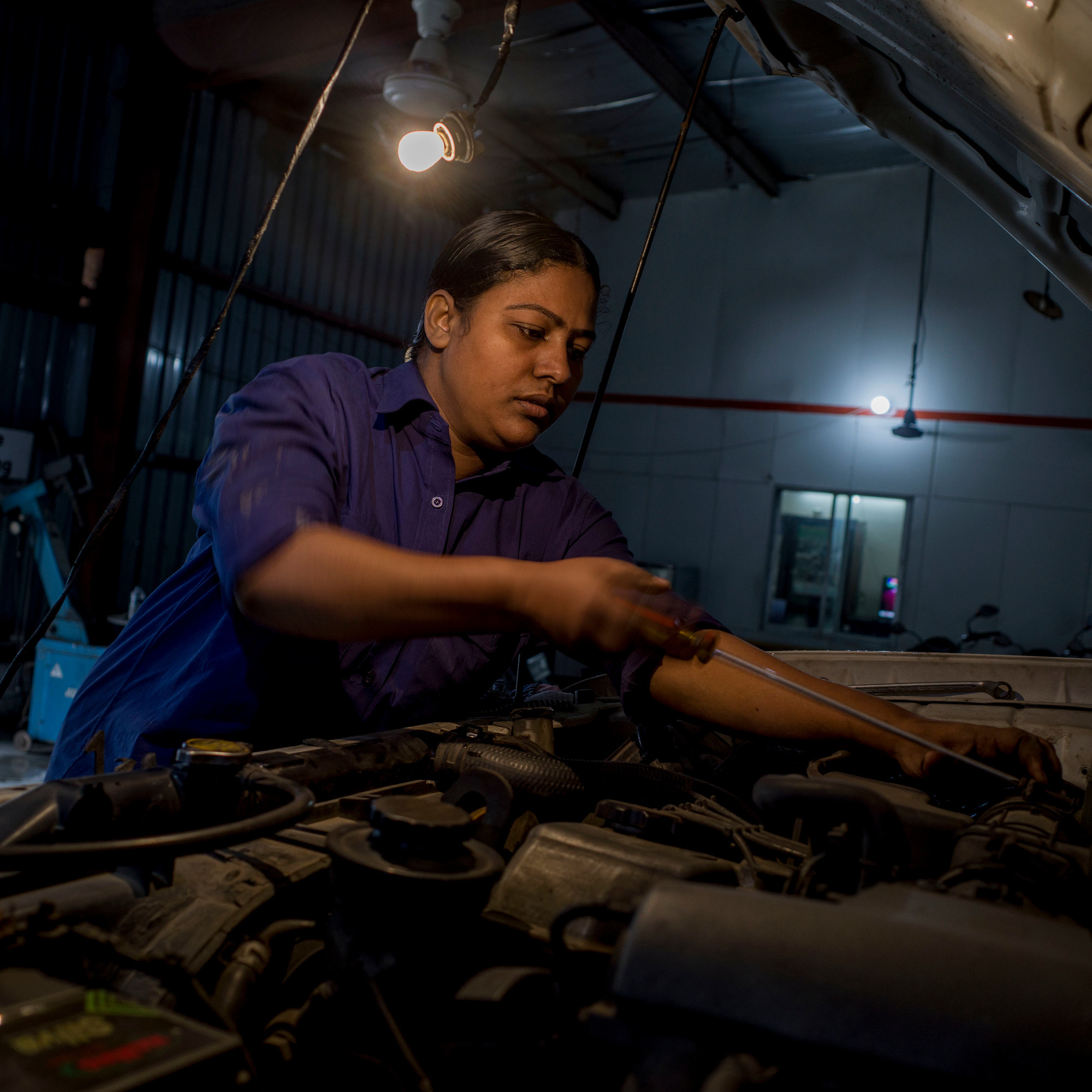 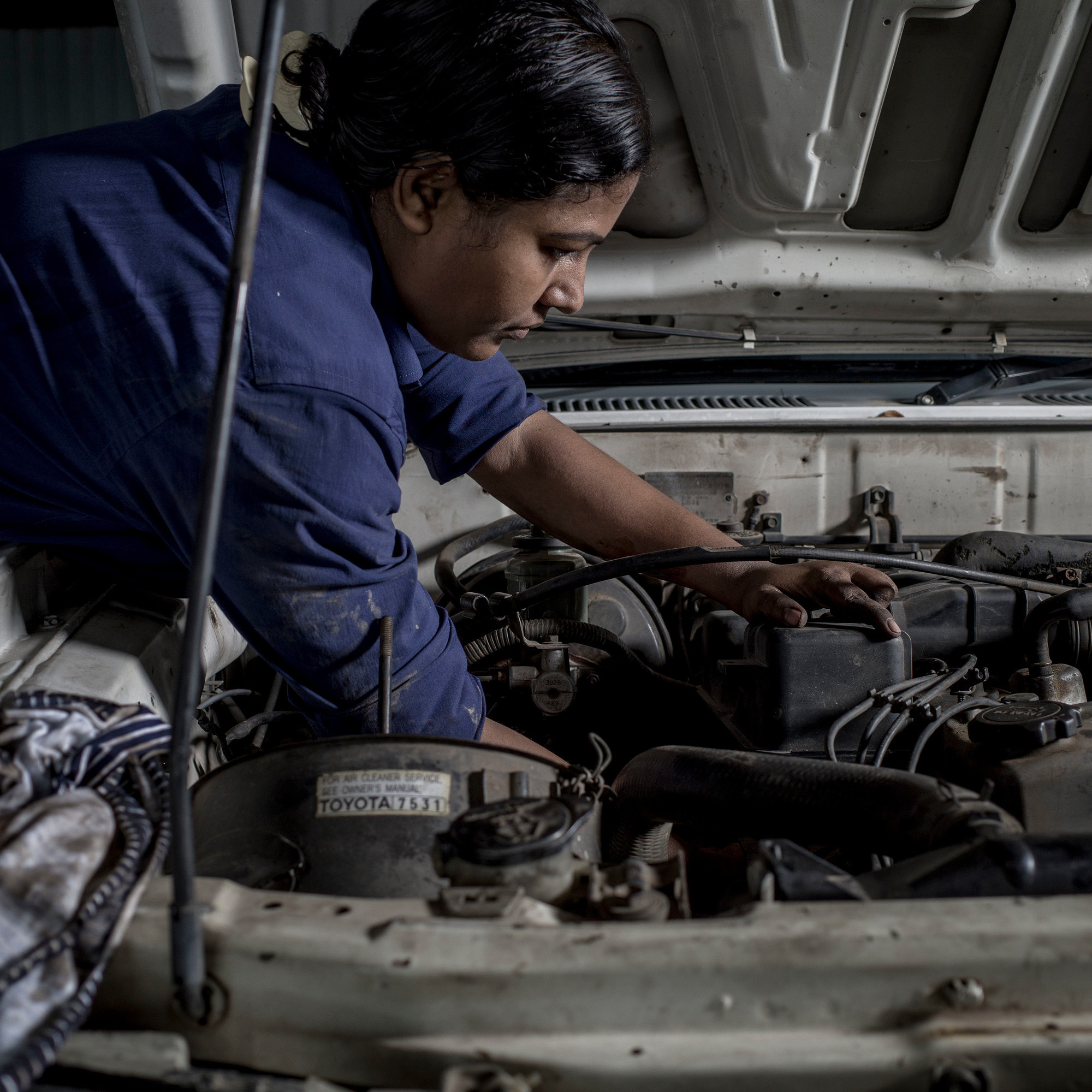 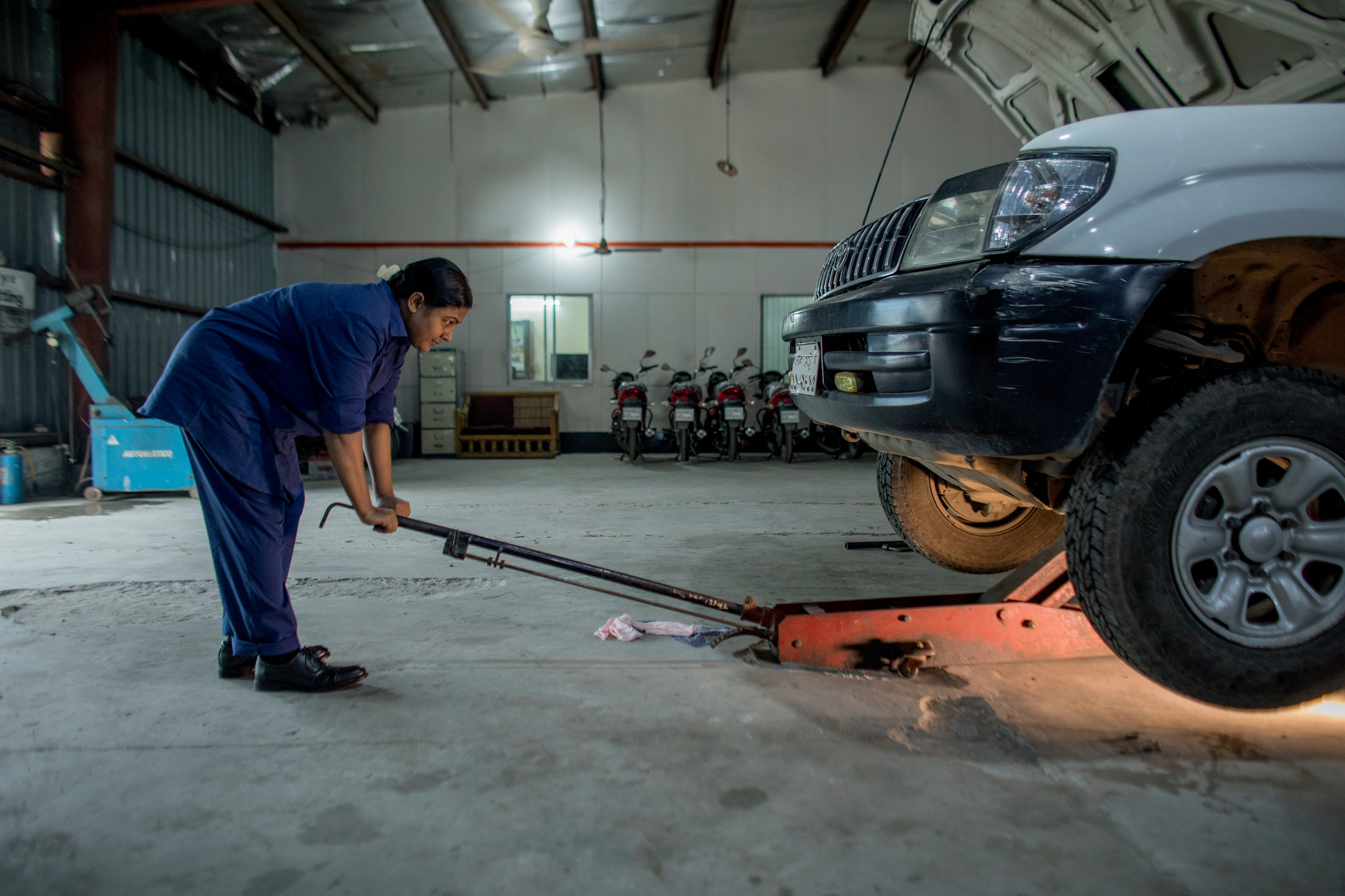 Rabeya is now able to financially support both her husband and 3-year-old son, as well as her parents. Her job has brought security after years of instability.

When Rabeya thinks of her childhood, she has a vivid image of her father’s bleeding hands. As a farmer, he would sell pineapples without gloves, and would have wounds on his hands as a result. “I picture his suffering. I still feel the pain in my heart,” Rabeya says between tears.

As the eldest of six, Rabeya grew up not knowing when her next meal would come. “Some days we would eat at noon, and other days we didn’t eat … sometimes we starved. Starving was so incredibly painful.”

The family would wait every day to see if her father earned enough to return home with a small portion of rice for dinner. Every day brought uncertainty, and Rabeya resolved that she would one day earn enough money to support her parents.

When Rabeya received her first paycheck as a mechanic, she bought her parents a year’s worth of rice.

“I cannot express that feeling … That moment was full of joy.”
Rabeya has plans to open her own garage in the future and says it’s important for women to either work or start their own businesses.

“I will say that if you have confidence and try, whether you are a boy or girl, you will accomplish your goal.”

Meet other inspiring women and girls like Rabeya and fight with CARE to make #WomenEqual.