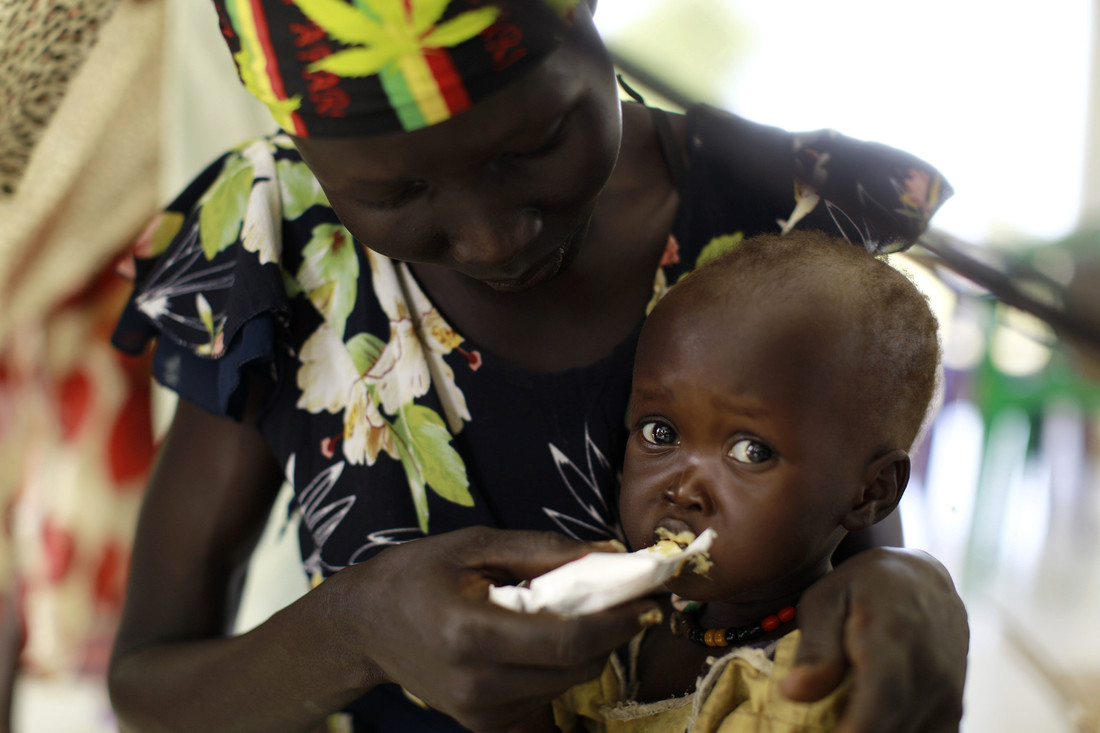 More than 1.4 million South Sudanese are displaced inside the country, with more seeking refuge in neighboring countries.

About the Crisis in South Sudan

South Sudan has been a country in turmoil since its formation. Today there are over seven million people in need. In 1983, after a decade-long pause in the Sudanese civil war between the north and south, conflict broke out again. It wasn’t until early 2005 – after more than 1.5 million people had died – that a peace agreement was signed between the two sides. The agreement led to the historic vote that created the Republic of South Sudan on July 9, 2011, making it the world’s youngest nation.

From the start, South Sudan was one of the poorest countries in the world. Most of the fledgling nation is in the grip of a humanitarian crisis fueled by years of chronic underdevelopment, conflict and natural disasters. More than 1.4 million South Sudanese are displaced inside the country, with more seeking refuge in neighboring countries.

The years-long civil war has contributed to an economic crisis and below-average harvest that continues to send food prices skyrocketing. The result has been a food crisis that has seen 9,000 people losing access to food every day. While the peace process between conflicting parties in South Sudan offers new hope in 2019 for South Sudanese women, men and children, the cumulative effects of years of conflict, violence and drought have left more than seven million people, about two-thirds of the population, in need of some form of humanitarian assistance and protection in 2019 – the same number as in 2018. More than 2 million South Sudanese remain displaced in the country and as refugees in bordering countries due to conflict and food insecurity caused by a drought in the Northern Unity region. All these factors drove people off their land, leaving them with no access to food and their agricultural livelihoods.

In addition to the humanitarian crisis and food insecurity, outbreaks of diseases such as diarrhea, malaria, and measles are common, as well as poor infant feeding practices. The priority needs for the people of South Sudan are food assistance for more than half the population, and medical services, especially for children suffering from malaria and malnutrition. The top priority for displaced people is protection from sexual and physical violence, including the need for safe spaces for children, women and vulnerable people, and psychosocial counseling for trauma, among other needs. Women and girls are often the most vulnerable to threats of sexual violence, especially that resulting from conflicts.

6.8 million South Sudanese will be in crisis or acute food insecurity by July 2019.

of refugees and people on the run are women and children.

of refugees and people on the run are women and children.

What CARE is Doing

CARE has been working in the region since the early 1990s. CARE is providing critical, lifesaving support and building the resilience of the internally displaced populations in South Sudan as well as the refugees and vulnerable host communities in neighboring countries, such as Uganda and Sudan, while building resilience among communities to withstand possible future crises. CARE’s offices in the region have stepped up to address the needs of the influx of South Sudanese refugees that has occurred over the last three years through the different programs.

CARE is supporting communities to rebuild community-based institutions to prevent gender-based violence and linking survivors with health facilities and counsellors for treatment. CARE is working with different legal systems to address gender-based violence legally and hold perpetrators accountable, as well as providing survivors of gender-based violence with income-generating opportunities. Since 2014, CARE has supported over half a million displaced South Sudanese in country, refugees in neighboring countries, and vulnerable host community members. Yet, more than 80 percent of refugees and people on the run are women and children. They are at extreme risk and CARE is working to bulk up its protection programming to help these extremely vulnerable people.

More funds are needed to help the South Sudanese displaced populations inside and outside the country, as well as host communities within South Sudan and the region, as their assistance and protection of refugees and displaced persons is critical to all basic services.