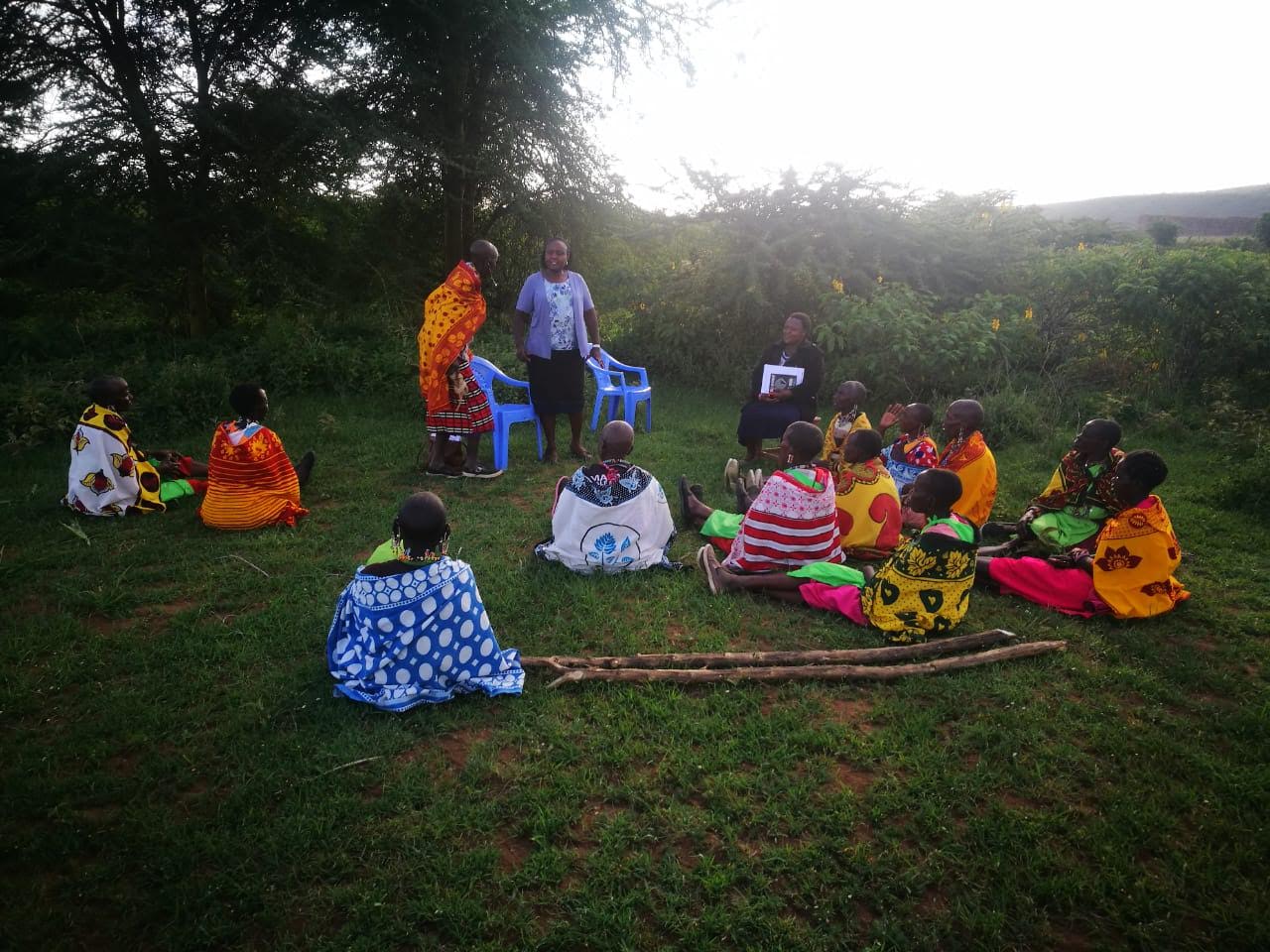 Kenya banned FGM in 2011, but the practice continues. Due to poor enforcement of the law, community activists have made it their mission to save girls from this harmful tradition.

Shinina Shani can’t remember the last time she turned her cell phone off.

“Everyone has my number, and when I miss a call from a number I don’t recognize, I have to call them back,” she says. There are literally lives on the line.

Shinina, 45, has spent the last 20 years as an activist against female genital mutilation or cutting (FGM/C). She shares her number with girls in her hometown of Narok, Kenya, who seek support as they attempt to avoid “being cut.” She receives about 20 calls a week.

FGM rates can run this high in Kenya, despite being illegal

FGM rates can run this high in Kenya, despite being illegal

FGM, sometimes known as female circumcision, is the cultural practice of cutting some or all parts of the external female genitalia. In some communities, it’s seen as a rite of passage that signifies womanhood and is sometimes followed shortly by marriage. Kenya banned FGM in 2011, but the practice continues, and its prevalence ranges from 1 percent to 98 percent, depending on region and ethnic community. According to the national bureau of statistics, FGM is practiced at a rate of 78 percent among the Maasai, the ethnic community that is the majority of the population in Narok. Due to poor enforcement of the law, Kenyans like Shinina have made it their mission to save girls from this harmful tradition.

“I’ve seen women not get out of bed for three months. I’ve seen them bleed and die.”

Growing up, Shinina witnessed FGM’s devastating impacts in her community.

“I’ve seen the complications from delivering children. I’ve seen women not get out of bed for three months. I’ve seen them bleed and die,” she says.

This has fueled her activism, which keeps her busiest at the end of the year.

“I don’t rest from November. December is our worst month.”

Since schools in Kenya close for the two-month holiday, FGM spikes as parents believe girls will have time to recover from the procedure. In the weeks that follow, girls may experience excessive bleeding, severe pain, and infections, and in the long-term, they can face problems with urination and menstruation, complications during childbirth, and psychological trauma. One WHO study that examined the mental health of women who underwent female genital mutilation showed that 30 percent of survivors had post-traumatic stress disorder and 80 percent had anxiety disorders.

And so she leaves her phone on — for the girls who will inevitably call for help. Sometimes, the girls don’t call, but they show up.

“One day I just came home and found a child [outside my house], and then I made calls to alert authorities and get her to a rescue center,” she says. Another time, she found a girl hiding behind her car, too scared to go home.

Shinina says that people in Narok used to hold lavish parties during the holidays to celebrate girls’ circumcisions. “It used to be a big ceremony with a lot of music. People would witness [a girl being cut] and stand by her and give her presents.”

She says some villages in Narok still publicly celebrate like this, but most of these ceremonies were driven underground when Kenya banned FGM.

This has led girls like Faith to live in fear. When she was 12, Faith heard her parents discuss plans to circumcise her over the holidays. She knew it was dangerous from conversations with girls who’d undergone the procedure.

“They said you’ll be bleeding for four days. They said it’s a wound and it won’t heal that fast, so I was scared,” Faith says. 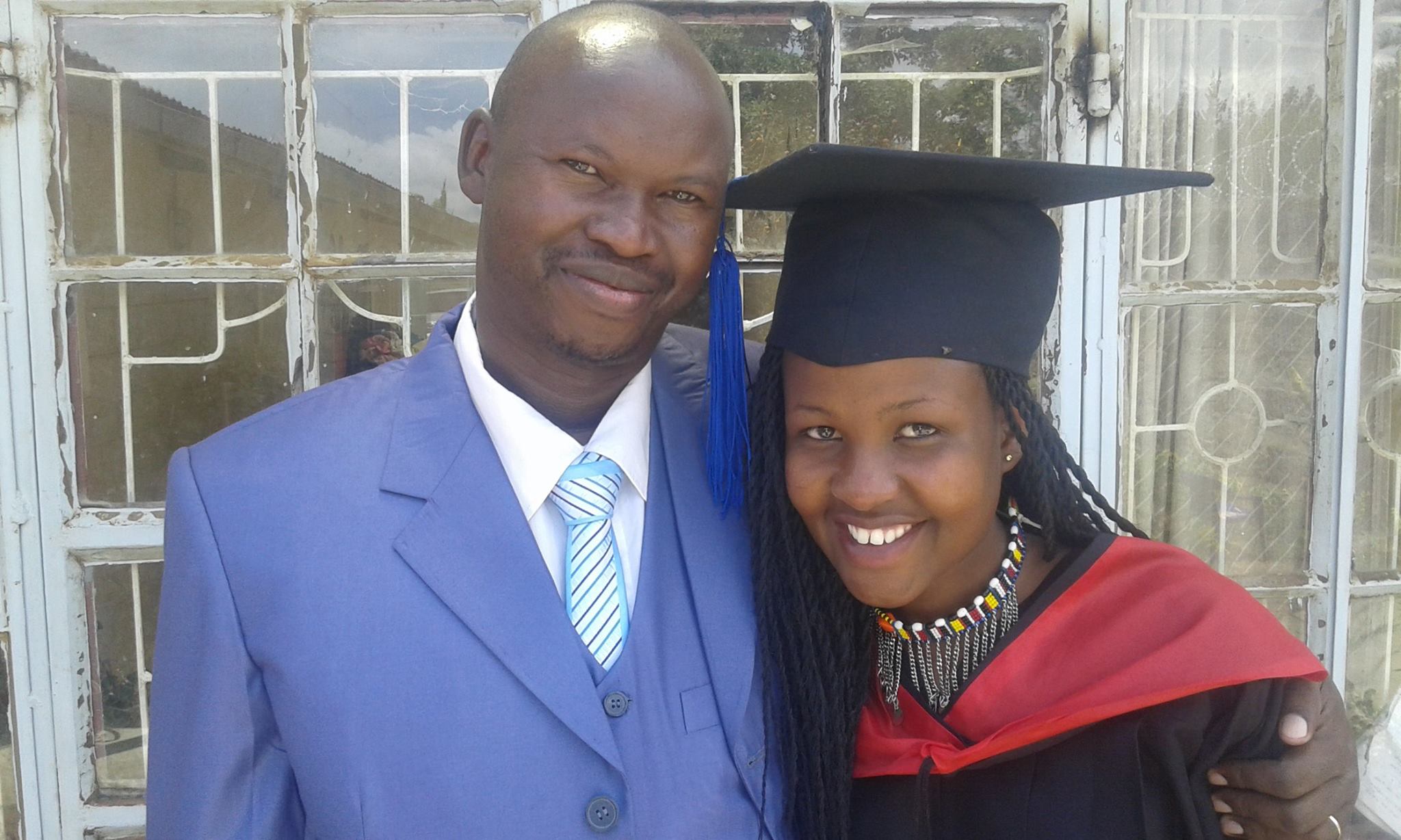 That December, she decided to run away. She confided in a teacher, who made the four-hour drive to drop her off at House of Hope Rescue Centre, one of four centres in Narok that takes in girls escaping FGM or early child marriage.

Patrick Ngigi, a 47-year-old pastor and former teacher started the center in 1997 when he was inundated with requests by girls who needed support.

“They would come to my office to ask for help. I realized we needed a place we could keep them [safe].” The first three girls he helped hide from their families stayed at his mother’s house. But he was unable to keep up with the demand and decided to open a support center, which he runs independently.

The House of Hope accepts girls throughout the year but is busiest during the holidays. When Shinina needs a safe place to house girls, even if it’s in the middle of the night, she reaches out to Patrick.

“We make them feel at home as much as possible. We give them counselling and we ensure they continue attending school,” Patrick says. He finds donors who help cover the cost of enrolling the girls in boarding schools. During the holidays, they return to House of Hope. Patrick explains that if the girls attend day schools, their relatives may “snatch them” while they’re on the way to school and make them undergo FGM.

House of Hope is currently home to 67 girls, who sleep in bunk beds in dormitory rooms. All of them have found their way there voluntarily.

“Every girl that comes to us is a girl who wants to be there by herself,” Patrick says. “If we try [to bring them here], we will end up getting killed.”

The center’s goal is to provide a safe space for girls and eventually reunite them with their parents. When a girl arrives at the center, Patrick begins a reconciliation process with the parents, which also involves elders, chiefs and children’s aid workers. The aim is to have parents sign-off on a document declaring they will not force their daughter to undergo FGM so that she can safely return home.

Patrick is currently working to reconcile 26 girls with their parents, a process that can take anywhere from a few months to years.

This was the case with Faith. After running away to the House of Hope, she began the reconciliation process with her parents but it wasn’t going well. For years, they told her that if she returned home, they would force her to undergo FGM, so she stayed put, completing her elementary school, high school and university studies with the support of the rescue center. After graduating from university at age 20, her parents were convinced of the dangers of FGM and finally signed off on the reconciliation paperwork.

Although it took nearly a decade, Faith is certain that she has broken the cycle in her family. Her older sister underwent FGM, but her parents assure her that her younger sister won’t.