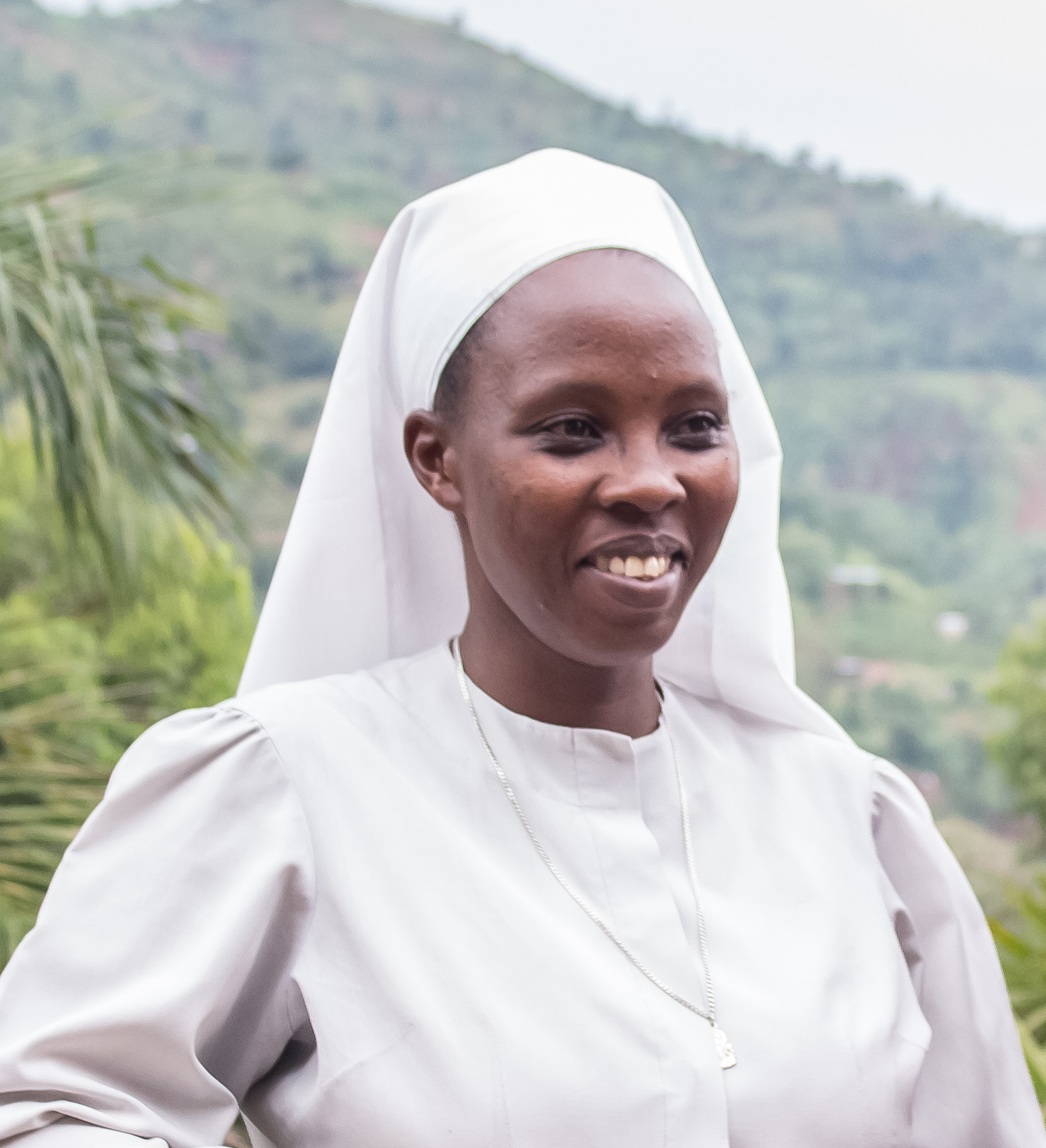 Sister Philotte Mukashema teaches sexual and reproductive health to youth in Burundi, where religious leaders are considered immoral for discussing this taboo topic

In Burundi, menstruation is often discussed in secret, if at all. One nun, Sister Philotte Mukashema is changing that by manufacturing pads, advising youth about sexual health, and encouraging conversations about taboo topics.

Sister Philotte, 38, works as a matron at Ste. Immaculé school in rural Bujumbura and is responsible for the well-being of youth.

“For me, you cannot save the soul without saving the body. I believe that the gospel must come out of the church, cross the hills and communities and change the lives of people,” she says about her commitment to this work.

Young people are strong to defend themselves, but sometimes they need a supporting hand and this is what I offer to them.

Once a week, youth at the school meet as part of a health club to discuss issues related to sexual and reproductive health, and Sister Philotte is often a speaker. Because of her willingness to discuss issues openly, she has become a confidante to adolescent girls who seek her advice on topics including menstruation and sexual harassment. 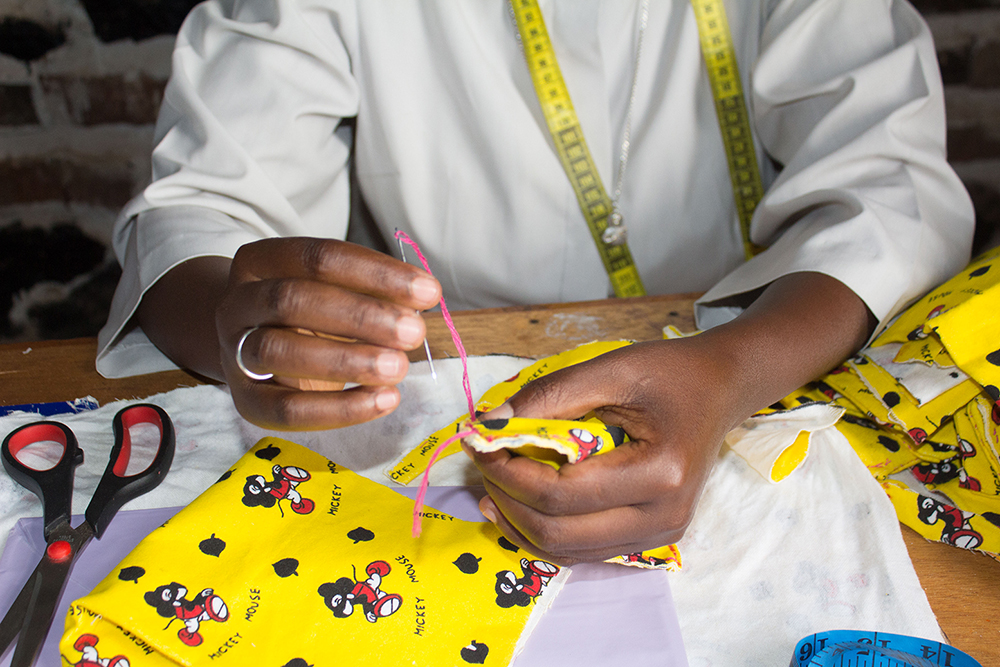 After participating in a CARE initiative designed to improve the sexual and reproductive health knowledge of youth and adolescents, Sister Philotte began manufacturing pads to increase access for adolescent girls. Photo: Ninon Ndayikengurukiye/CARE

“Young people are strong to defend themselves, but sometimes they need a supporting hand and this is what I offer to them,” she explains.

In some areas in Burundi, women are viewed as cursed when they are menstruating. Across the country, people refuse to eat cassava bread, a traditional food, if it has been prepared by a woman on her period. In the western region, adolescent girls are forbidden from bathing or washing clothes while menstruating.

Misinformation regarding sexual and reproductive health is common, as adults shy away from this topic, leaving adolescents to learn about it from their peers. Mariya* says the first time she got her period, she thought it was an injury. She did not discuss it with anyone and used paper to stop the bleeding.

Likewise, Médiatrice*, 21, recounts being startled when she got her period. “Fearing that I had a serious illness, I ran out of school and locked myself in my room for 48 hours,” she says. When Médiatrice’s father found out why, he asked a female relative to explain menstruation to her.

These situations have made Sister Philotte adamant about destigmatizing sexual and reproductive health in Burundi, even if she has faced some backlash because of it. “If parents cannot do it, someone else has to,” she says.

After participating in the Menyumenyeshe program (Kirundi for “be informed and inform others”), a CARE initiative designed to improve the sexual and reproductive health knowledge of youth and adolescents, Sister Philotte has been more vocal about such issues.

Novence Twagirayezu, a 24-year-old student says he used to think it was inappropriate for a menstruating person to be in public while on their period. “For me, she would have to stay at home hiding herself. But Sister Philotte helped me to understand that we both face bodily changes and that it is important for us to understand our differences and… not discriminate against them,” he says.

Through the Menyumenyeshe program, Sister Philotte and Novence were trained in manufacturing pads. Shortly after, they began making pads. They also trained other students to do the same, and they regularly meet after classes to make the pads together, which are free and accessible to everyone at the school.

Sister Philotte is hopeful her efforts will better the lives of Burundian girls. “[It] is not immoral…. Sexuality is part of who we are. Even religious men and women take classes on sexuality. If we do not talk about it, if we do not raise the taboo so that the young people talk about it at ease with their parents, they will [suffer].”

*Names have been changed.