Displaced from her own home due to the conflict, Samah is helping make health care available to those who need it most in Syria. 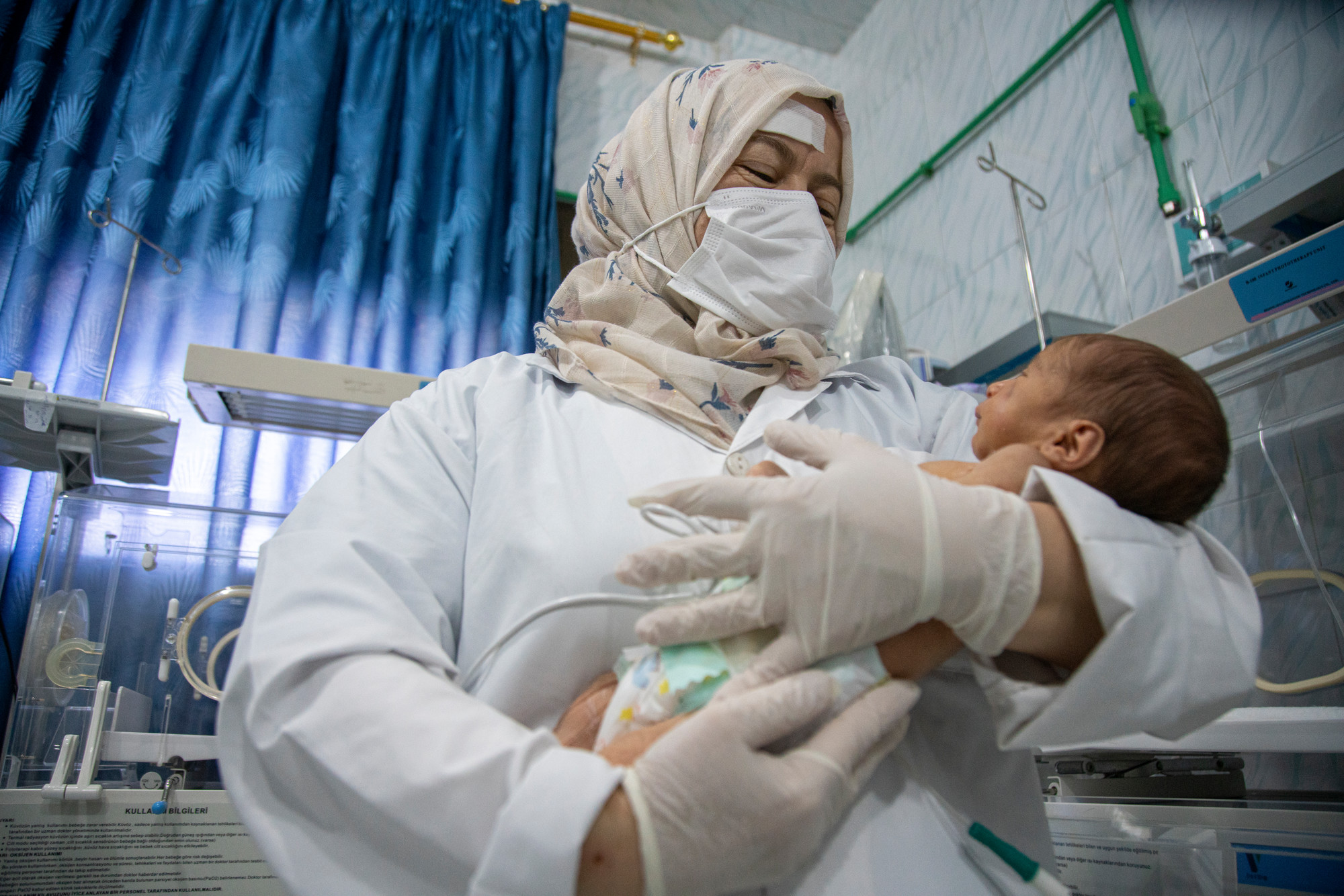 Samah, 40, was displaced from her hometown in Northwest Syria. She works as an incubator nurse at the neonatal unit in Al-Amal hospital, run by Violet, one of CARE’s Syrian partner organizations in Northwest Syria. After things got worse and the situation was no longer bearable, Samah and her family were displaced like many other Syrians. She recalls that day when they left home, “There were no cars to pick us up. There were no houses. We escaped into the unknown,” she says.

When asked what motivates her to do what she does, Samah says she loves her job and working with babies.

“I work as an incubator nurse at the Neonatal Unit for newborns, who are less than one month old. Most of them are children of displaced families and people who have come from different areas,” she says.

“We provide services to people who would find it impossible to access this service elsewhere, due to their difficult circumstances. If these hospitals were not providing such services, medicines, and tests, parents would not be able to take their babies elsewhere and the babies might die,” Samah says.