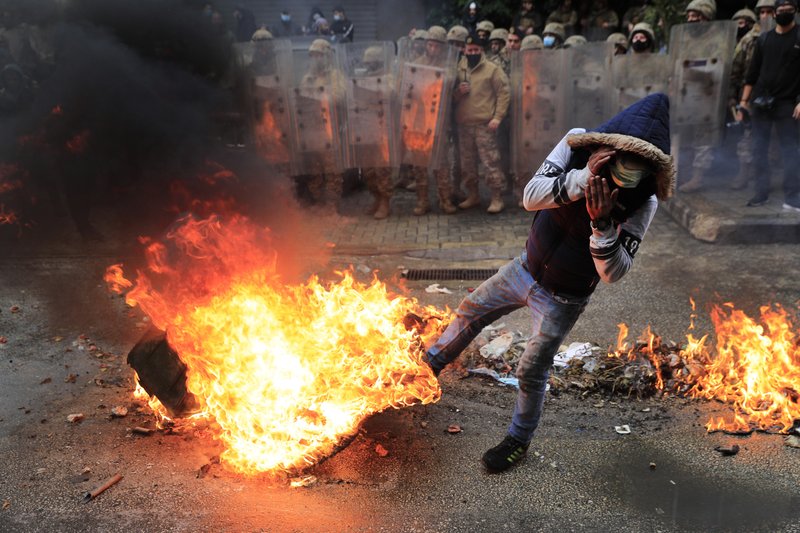 TRIPOLI, Lebanon (AP) — Lebanese security forces fired volleys of tear gas at rock-throwing youth in the northern city of Tripoli on Thursday amid outrage over the country’s coronavirus lockdown and inaction of the political class in the face of economic collapse.

The unrelenting protests in Tripoli, now in their fourth day, came as Lebanon grapples with both the pandemic and the worst economic crisis in its history, with only a caretaker government in charge.

The protests resumed shortly after Omar Taibi, a 30-year-old who was shot by security forces during protests on Wednesday night, was laid to rest in Tripoli. More than 220 others were injured in the overnight clashes as frustrations boiled over.

The demonstrators denounced Lebanon’s extended shutdown that has exacerbated already dire conditions. The confluence of the crises has posed the biggest threat to Lebanon’s stability since the end of its civil war in 1990.

Tripoli, Lebanon’s second largest city and its most impoverished, has been a center for demonstrations and rioting against the country’s political class. Smaller protests were reported Thursday and earlier in the week in Beirut and the eastern Bekaa region.

Even before the crises, almost the entire Tripoli workforce depended on day-to-day income. A September study by CARE International in the city of over 250,000 found that the average household income is 145,000 Lebanese pounds — or less than $20 at the current average black market rate.