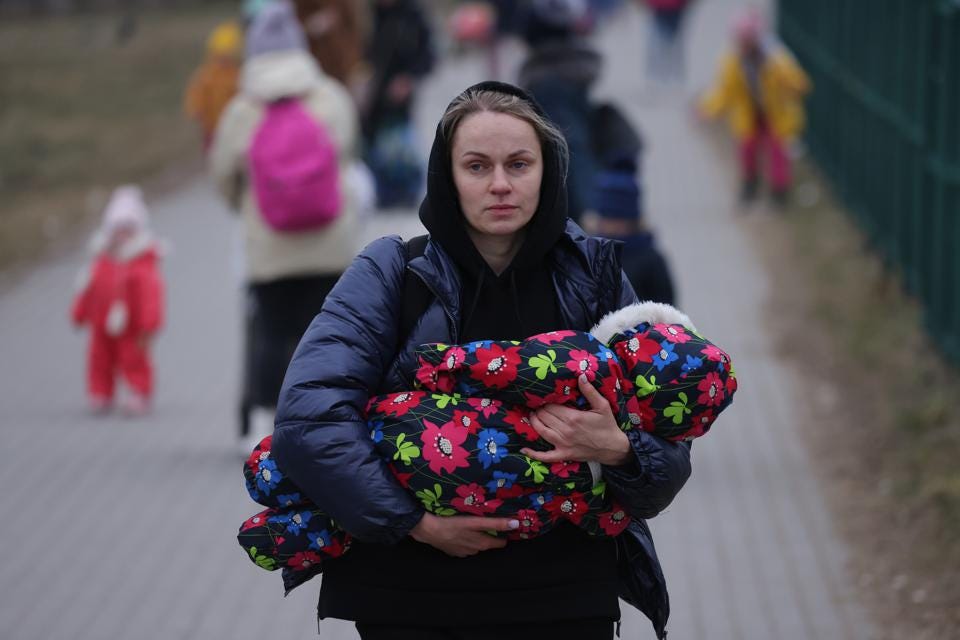 MEDYKA, POLAND - MARCH 04: Women and children from war-torn Ukraine, including a mother carrying an ... [+] GETTY IMAGES

MEDYKA, POLAND - MARCH 04: Women and children from war-torn Ukraine, including a mother carrying an ... [+] GETTY IMAGES

Human rights organizations have been watching the impact of the war in Ukraine on the nation’s women and children since the start of the conflict in late February. A new report is shedding light on just how bad things have gotten as women and children continue to face immense hardship under the grim reality of war.

The Rapid Gender Analysis, put together by UN Women, the United Nations entity dedicated to global gender equality, and CARE International, a humanitarian agency focused on ending global poverty for women and girls, was released today. The report draws on surveys and interviews conducted last month in 19 regions in Ukraine.

While difficult to measure in the midst of a situation that remains highly volatile, the report draws on the best available metrics in order to illustrate the magnitude of the growing crisis. The latest estimates out of the UN put the number of Ukrainian refugees at 5.6 million and the number of displaced people at 7.7 million—figures that continue to climb. Due to the fact that most men aged 18–60 are required to stay behind under martial law, it’s estimated that 90% of those fleeing the country and 60% of those displaced are women.

Read the full story at Forbes