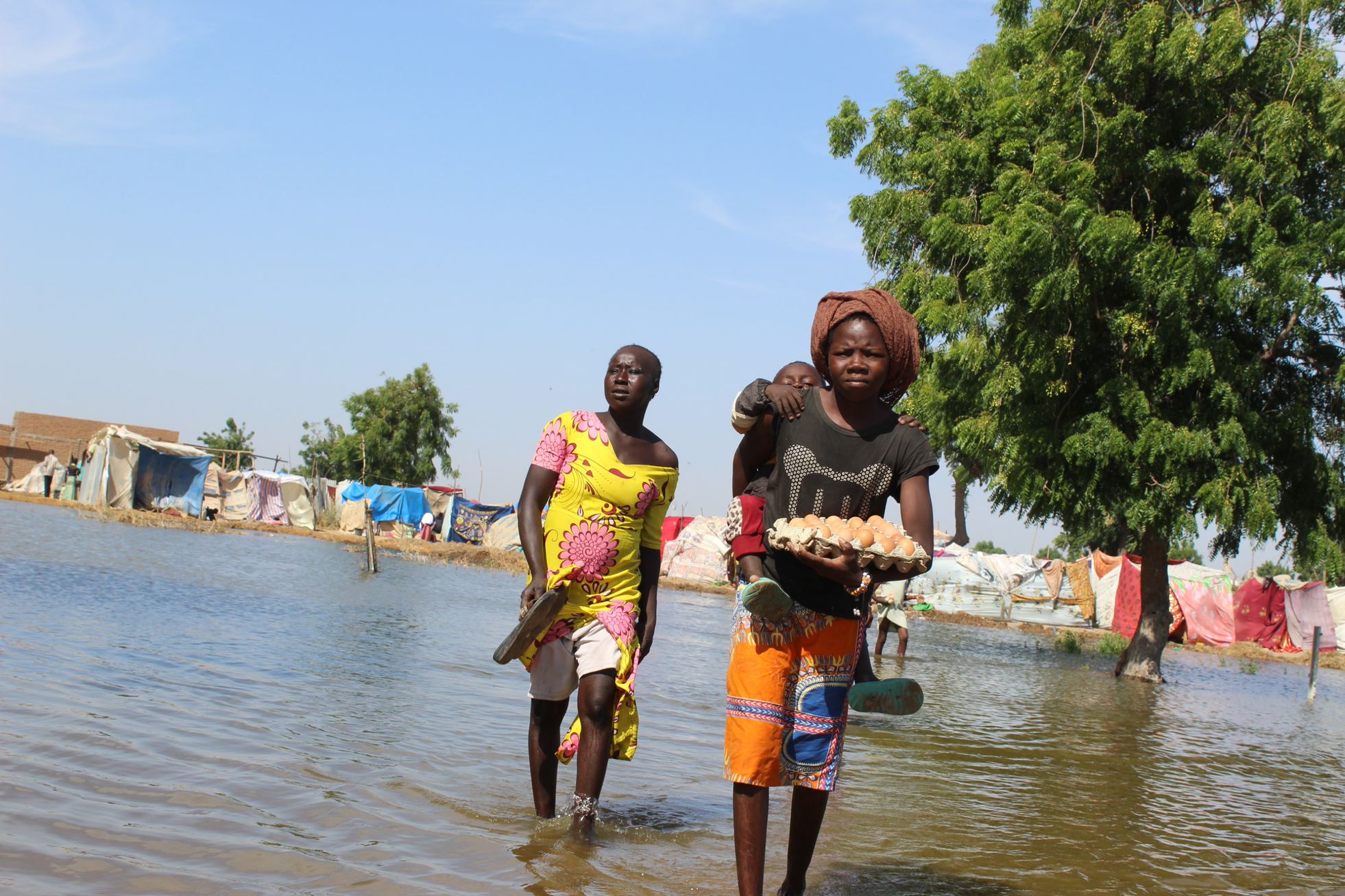 In October of 2022, the Government of Chad declared a state of emergency and called for national and international solidarity to help the more than one million people affected by unprecedented floods.

In October of 2022, the Government of Chad declared a state of emergency and called for national and international solidarity to help the more than one million people affected by unprecedented floods.

That’s why, for the past eight years, CARE has released an annual report on the most underreported humanitarian stories of the year.

Breaking the Silence isn’t an indictment – it’s a call for everyone to learn more about these crises, to share the information, and to get involved. The war in Ukraine has made it clear: today’s overlooked crises can be tomorrow’s worldwide catastrophes.

Humanitarian crises, in particular, can be mitigated or even prevented through early action. But this requires attention. Here then are the ten least-reported stories of the past year. 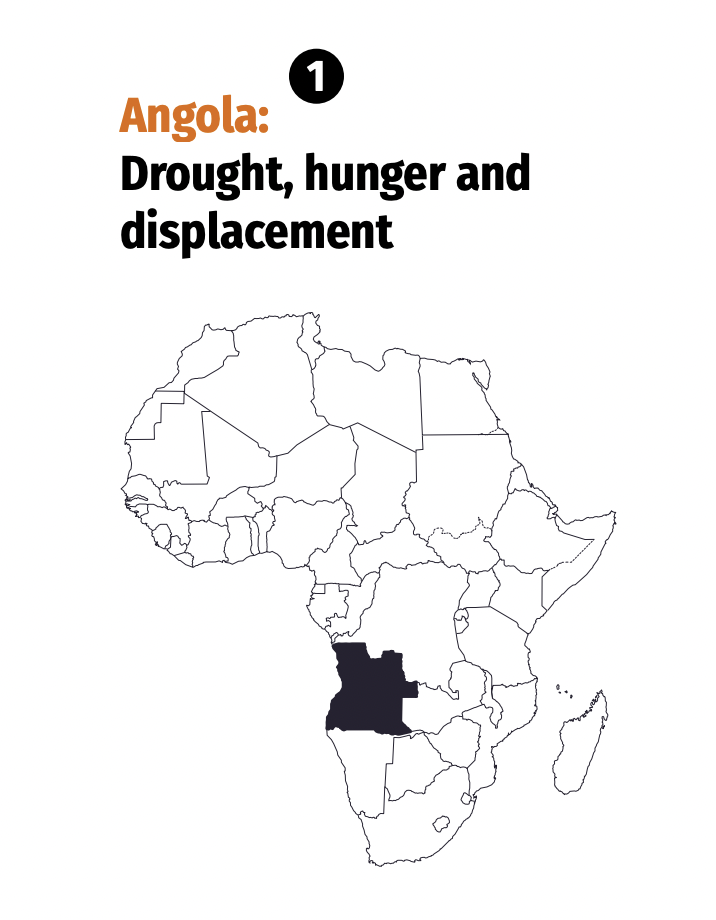 The climate crisis is hitting Angola with full force. The population is already suffering from hunger and displacement, and, as global temperatures continue to rise, droughts and dry spells will become even more frequent and destructive.

The lack of rainfall causes harvests to deteriorate, and livestock in the region are dying. Far from the cities, the population is dependent on agriculture, and, because of the drought, many people are now struggling with food insecurity and malnutrition.

Angola is already among the four countries with the highest price increases for food such as cereals and cooking oil, aggravated by the war in Ukraine. 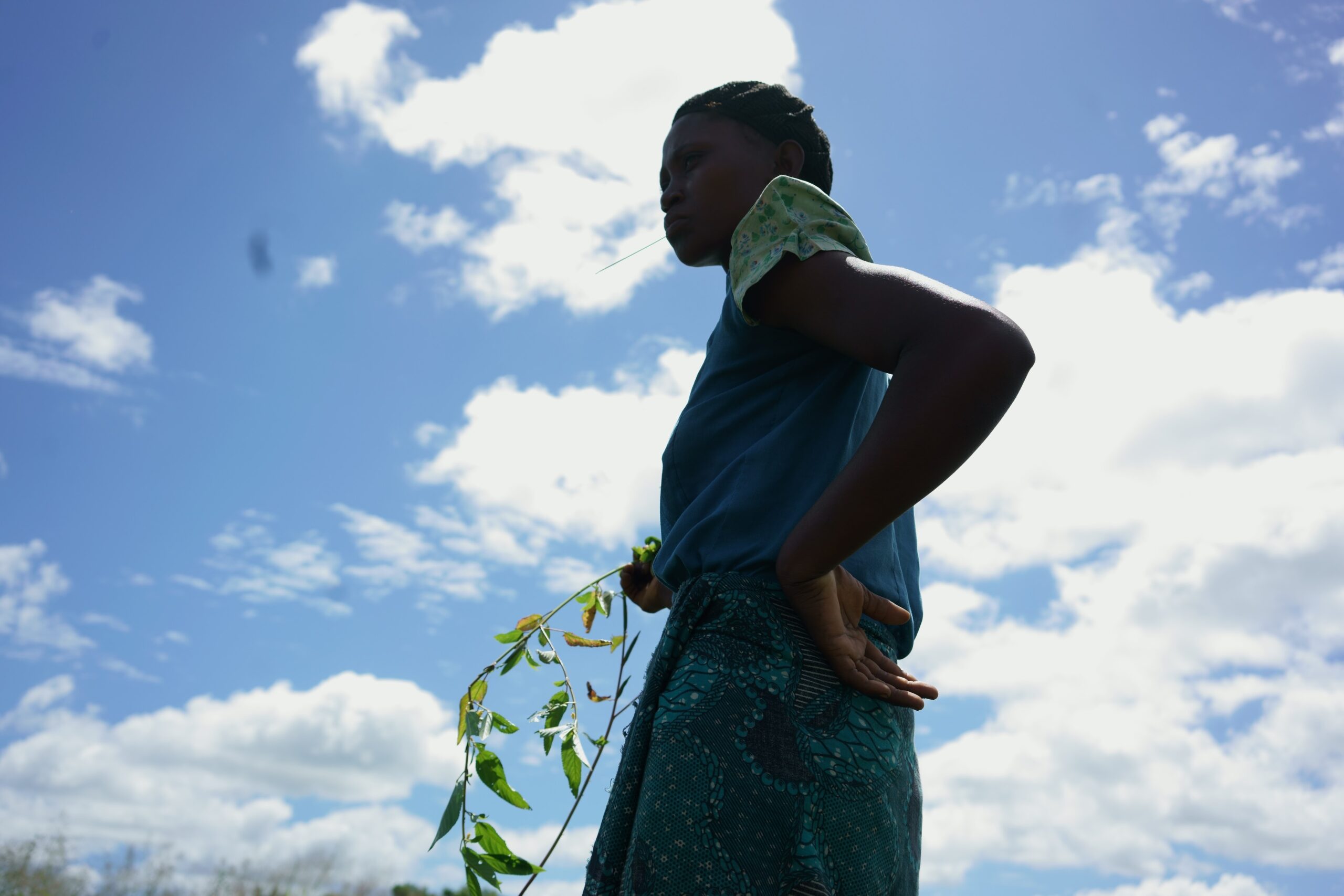 Although it is one of the countries that is contributing least to the climate crisis, Malawi is among the hardest hit by its effects.

Extreme weather events such as drought and cyclones occur very frequently, and, as a result, food is scarce, with 5.4 million people not having enough to eat. Long periods of drought and flooding pose an existential threat, exacerbating an already profound food crisis.

In 2019, Cyclone Idai left a trail of devastation in its wake. Floods destroyed crops and the homes of nearly 87,000 people. In early 2022, Cyclone Ana swept across Malawi, leaving nearly one million people in need of life-saving humanitarian aid.

Floods displaced more than 150,000 people, who have had to seek shelter in schools or other emergency shelters because they have lost their homes.

In many areas, the reconstruction efforts following Cyclone Idai were in vain, as homes and communities were once again devastated.

3. The Central African Republic: A life expectancy of 53 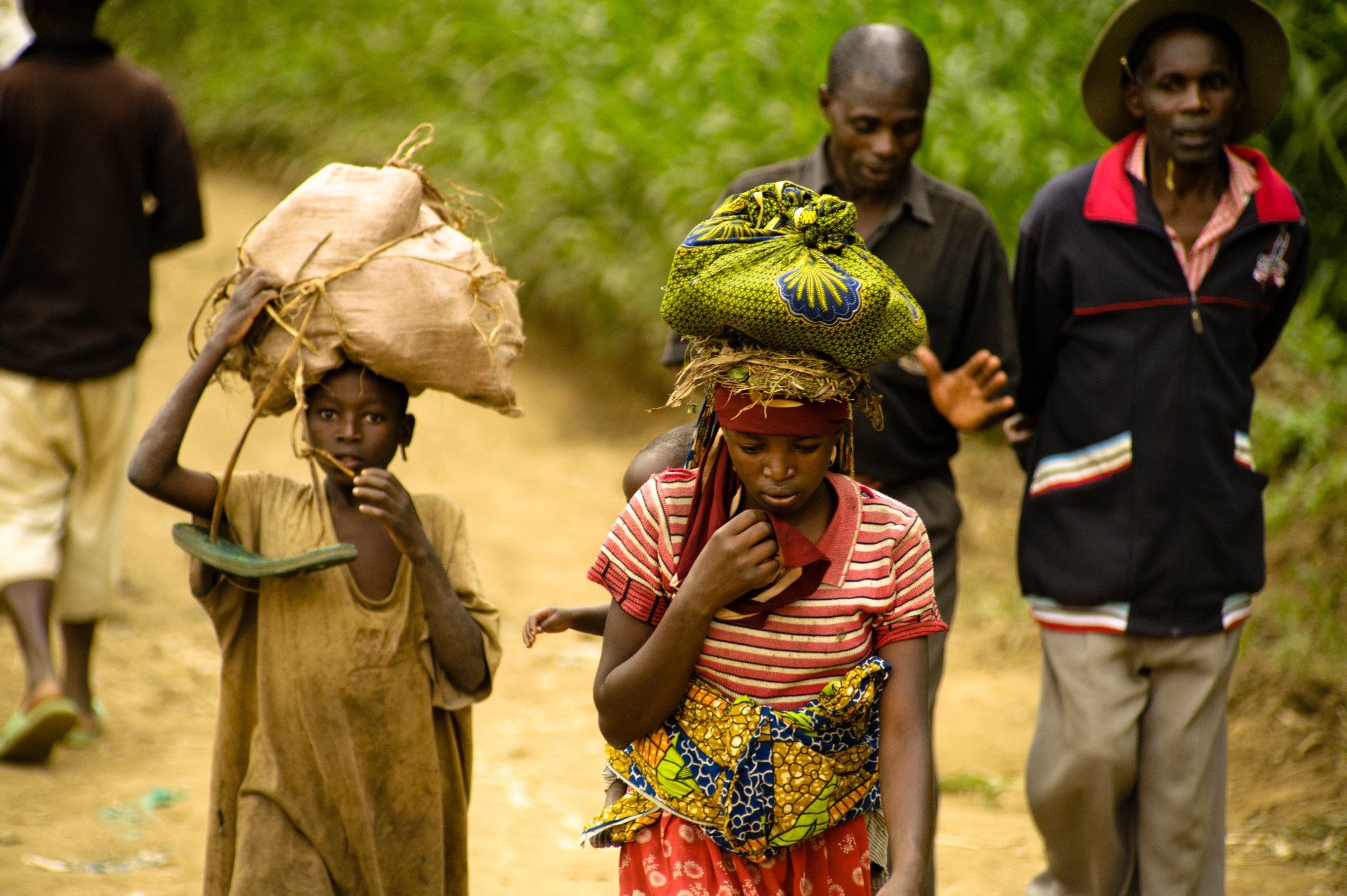 Arable crops, fruit, and vegetables grow almost all year in the Central African Republic, and yet people are still going hungry. One in two people do not have enough to eat.

For years, the climate crisis has been destroying what thrives on the fertile soils. In June 2022, huge floods destroyed more than 2,600 houses and 18,500 hectares of cultivated land. About 85,300 people lost their homes. Many sought shelter in public buildings.

But when schools become emergency shelters, there is no place to learn. Around 10,000 children were unable to start the new school year. When this happens, many fall out of the education system altogether and have no chance of returning. 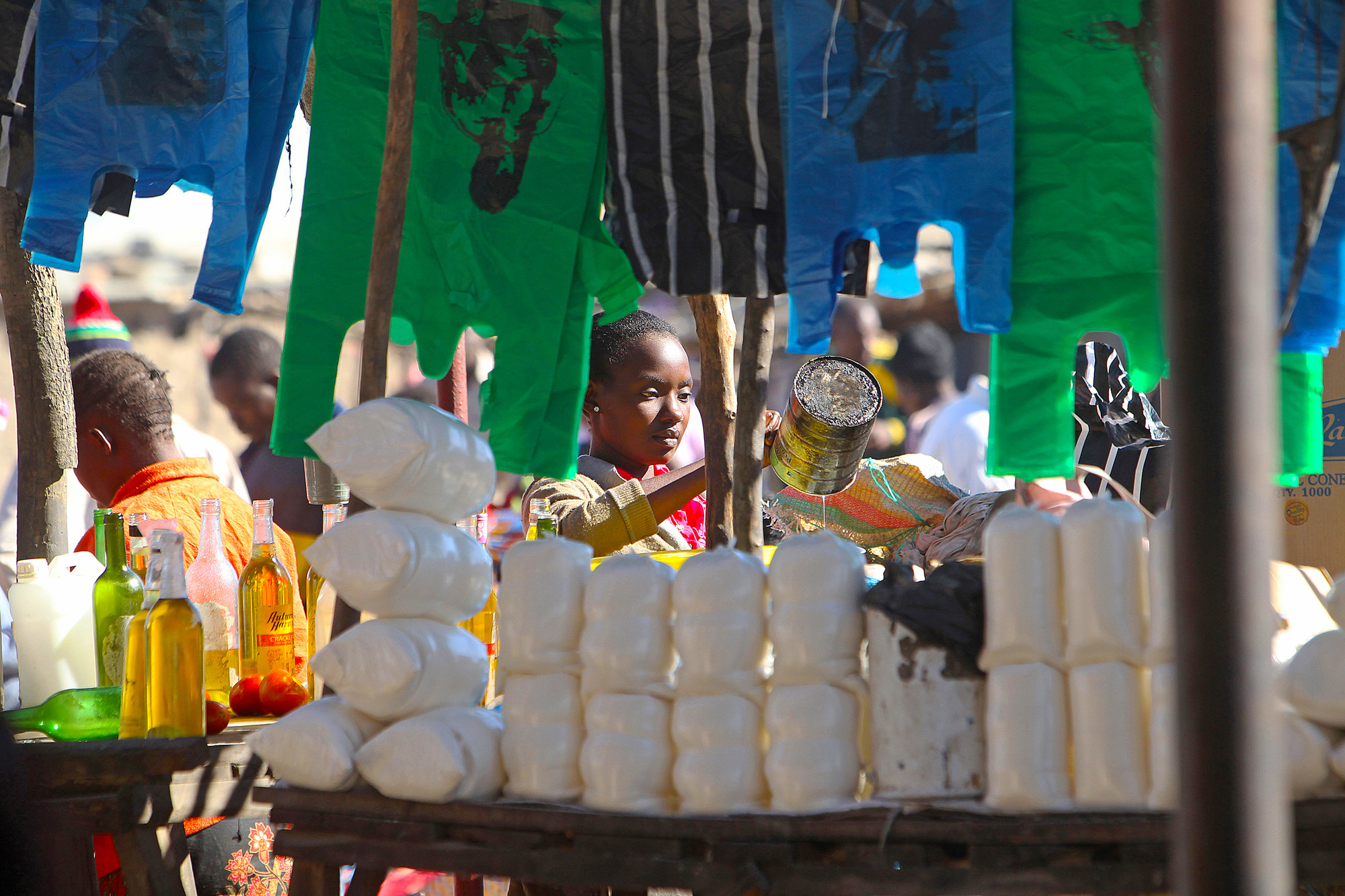 A year ago, Zambia ranked No.1 on CARE’s list of most under-reported crises. This year it is at No. 4.

However, that is more of a reflection of the worsening crises in other countries on the list, rather than any improvements to the situation in Zambia.

Half of the population gets by on less than $1.90 US dollars a day. More than ten percent are infected with HIV, and, in 2021, roughly 19,000 people died of AIDS in the country. 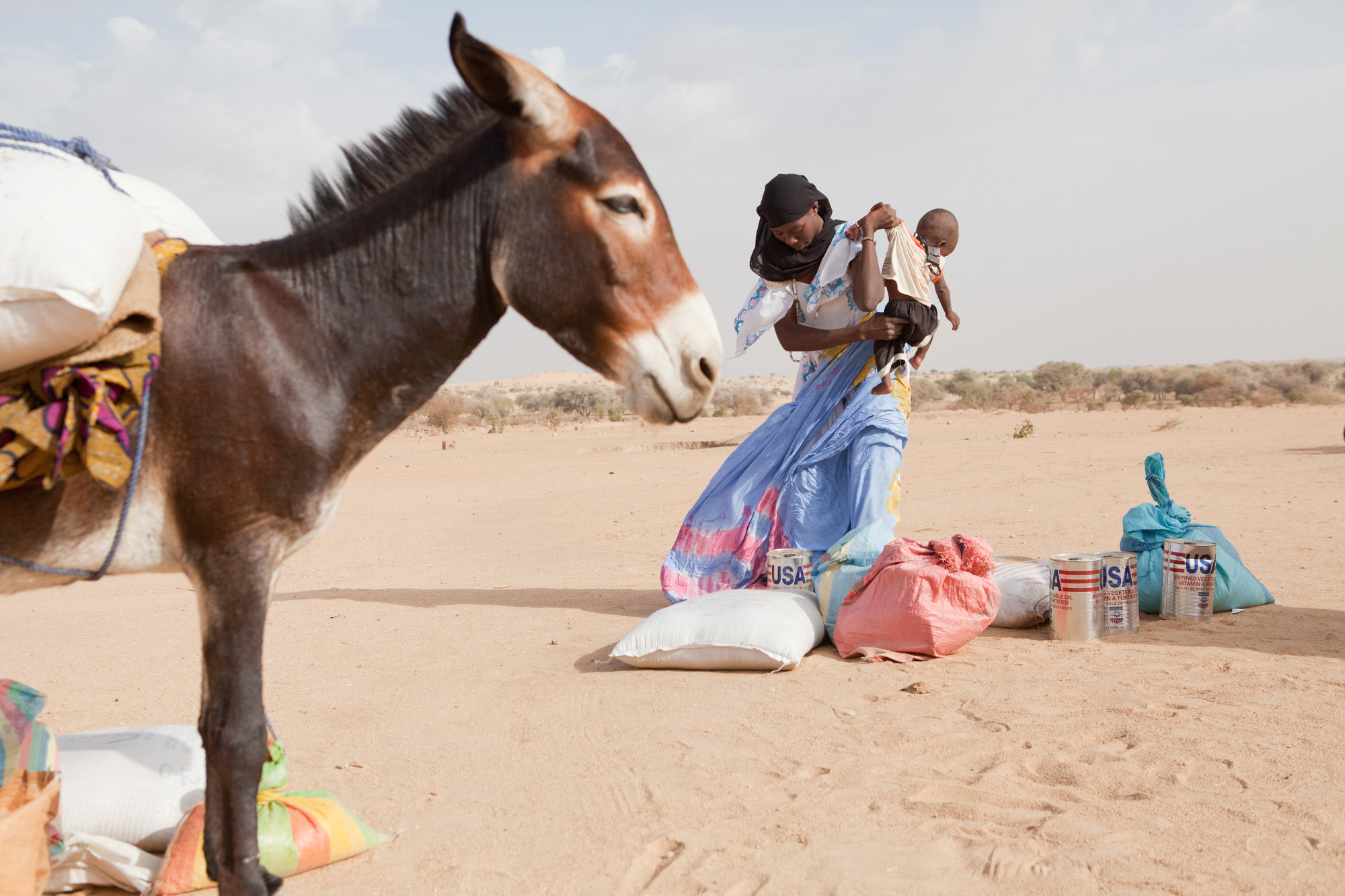 Chad is one of the poorest countries in the world. 6.1 million people need humanitarian aid. Violence and insecurity dominate the lives of the population. The country has suffered from armed conflicts in the Sahel region for years. The region around Lake Chad is particularly affected by the activities of various armed groups.

In mid-October 2022, thousands of people in Chad took to the streets in several cities across the country, demonstrating against the interim military government and calling for democratic elections. Dozens were killed and hundreds injured.

The ongoing unrest in Chad and neighboring countries is causing displacement within the country and beyond its borders. The landlocked central African country hosts the largest refugee population in the Sahel region, with 575,000 refugees. More than two-thirds are from Sudan. In addition, there are 381,000 people fleeing within the country. The humanitarian needs are enormous and are draining the country’s scarce resources. 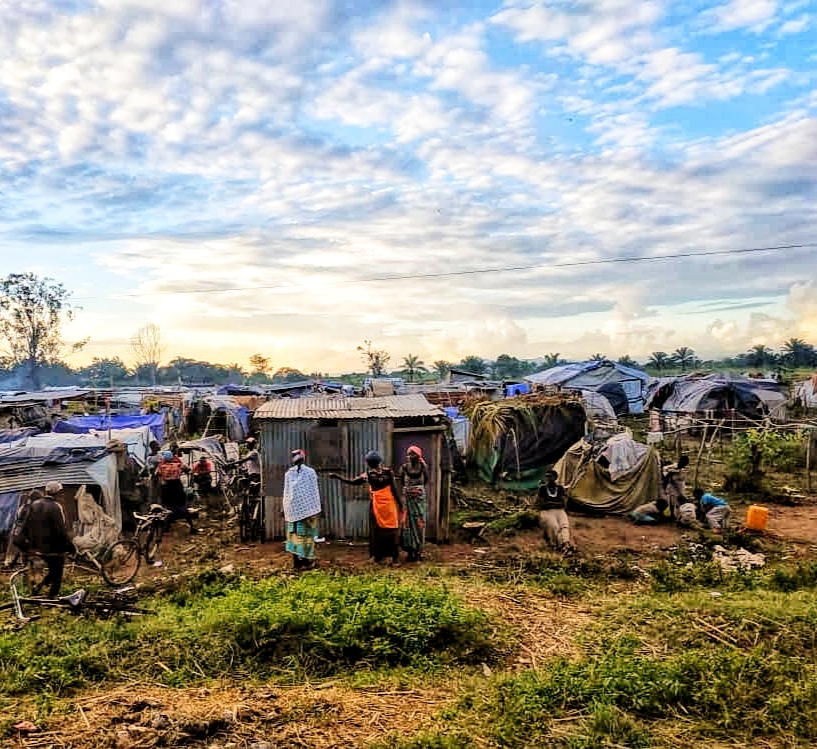 Burundi is considered the “heart of Africa” because of the unique shape of this small, landlocked East African country. Another distinct feature lies in the south-west: Lake Tanganyika.

It is the oldest and deepest lake in Africa, known for its extraordinary biodiversity. 95 percent of the more than 300 fish species living in the lake can only be found there.

But Burundi is also one of the poorest countries in the world, and has been on CARE’s list of forgotten humanitarian crises every year except one. Of the almost 13 million inhabitants, more than 70 percent live below the poverty line.

The state of nutrition in the country is alarming, with 52 percent of children under five chronically malnourished.

Burundi has been in economic crisis since 2015. The war in Ukraine and resulting lack of imports from Russia and Ukraine to Africa have further exacerbated the situation. This is compounded by a high inflation rate.

7. Zimbabwe: Between droughts and flash floods 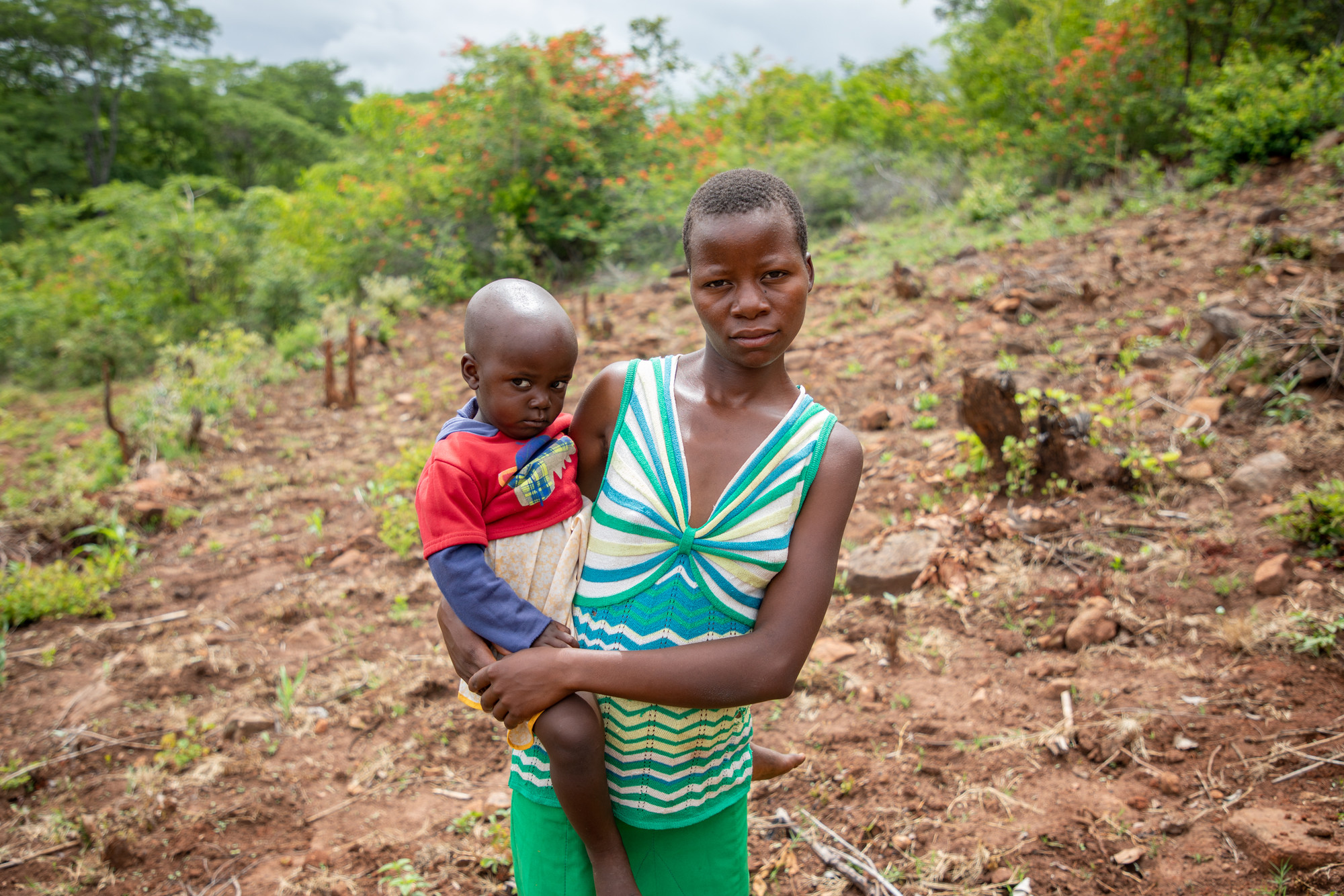 Climate-fueled drought in Zimbabwe has led to many failed crops and families struggling to feed themselves. Photo: John Hewat/CARE

In Zimbabwe, the consequences of climate change are becoming more obvious and more dire every year. Long periods of drought are often followed by heavy rains that cause widespread flooding on dust-dry soils. The weather extremes, known as climate shocks, devastate the livelihoods of large segments of the population. Zimbabwe is also frequently hit by cyclones that leave destruction in their wake.

About half of the approximately 15.6 million inhabitants live in extreme poverty. Food insecurity is widespread, affecting more than 5.8 million people. About 74,000 children are acutely malnourished, and nearly 27 percent show signs of impaired growth and development. 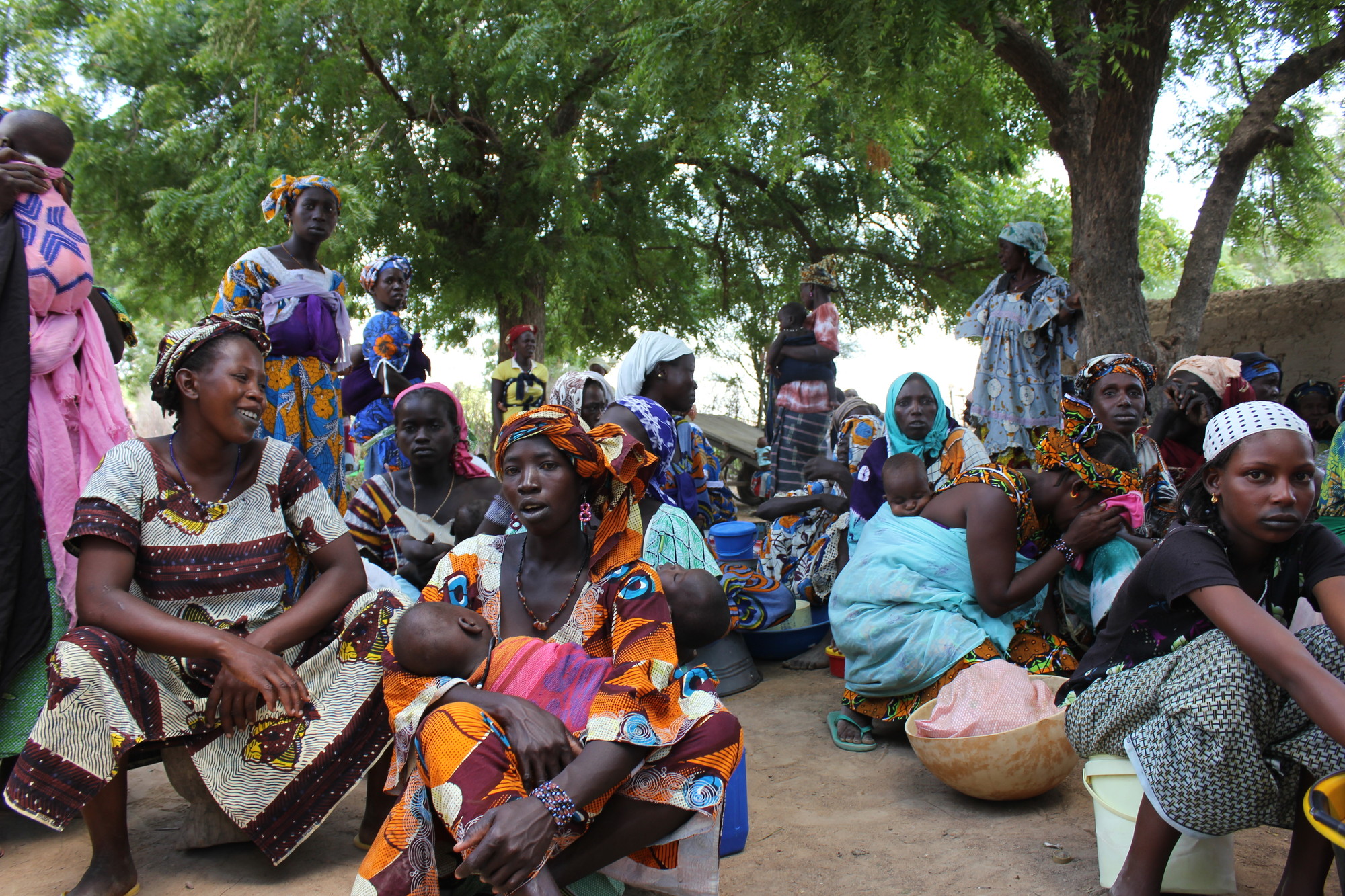 Mali is a vast landlocked country in the heart of the Sahel, where many crises converge. More than three quarters of the 21 million inhabitants live in poverty, and over 7.5 million people need humanitarian aid.

Nearly one third of children under five suffer from impaired growth and development,  and over 300,000 are affected by acute malnutrition. One in eight children of primary school age do not attend school, and of the children who are enrolled, only one-third are girls.

9. Cameroon: From crisis to crisis 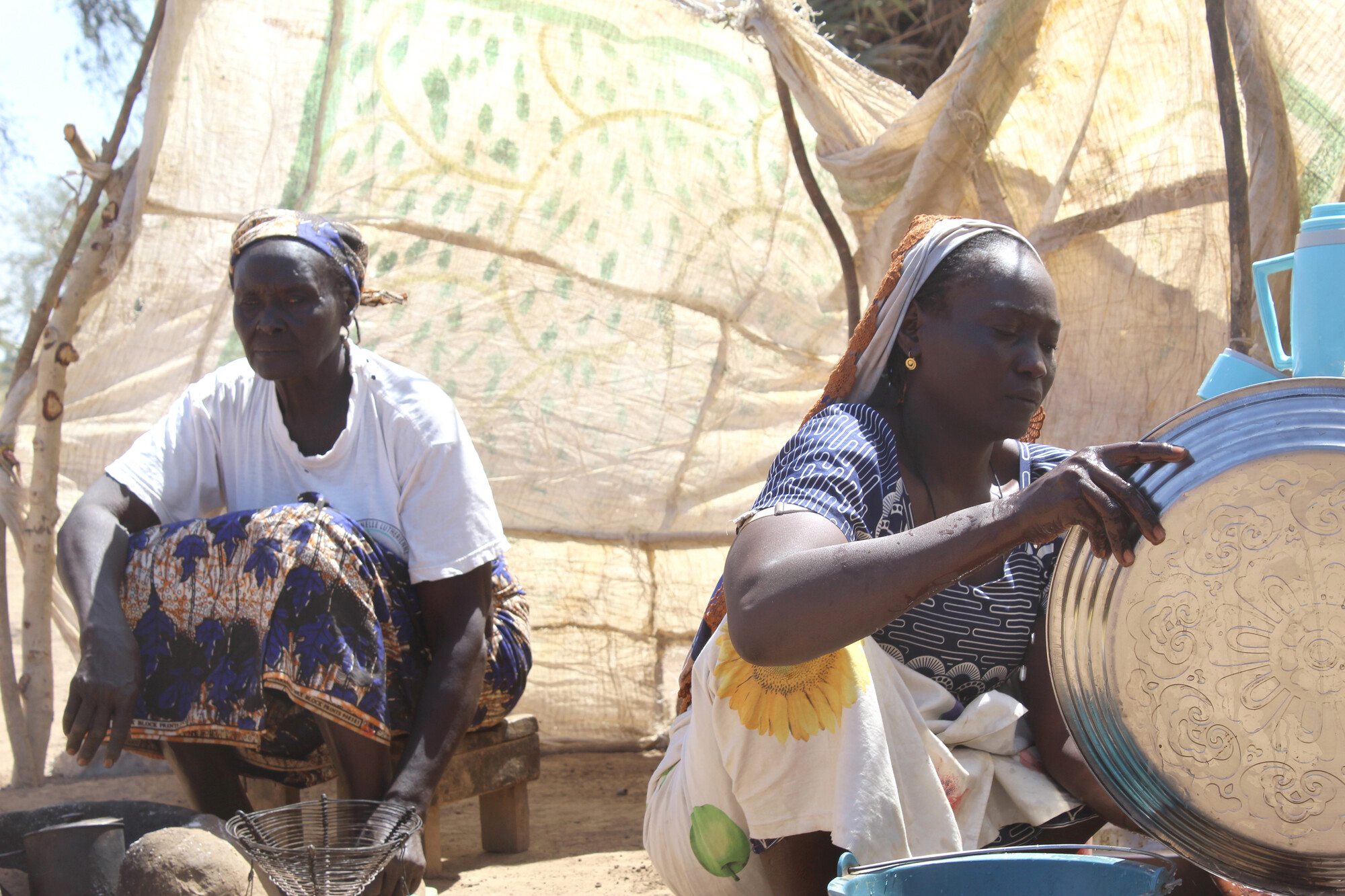 More than 100,000 Cameroonian refugees live in misery in spontaneous sites and in organized camps around the Chadian capital Ndjamena. Photo: CARE International.

Cameroon has repeatedly been hit by humanitarian crises over the past decade. There have also been natural disasters, diseases such as cholera, and most recently, the economic impact of the COVID-19 pandemic and of the war in Ukraine. 3.9 million people are in need of emergency humanitarian assistance – about 14 percent of the total population.

Cameroon’s far north has been destabilized since 2014 by the insurgency of non-state armed groups. In 2022, there have been raids and attacks on civilians.

The Sahel region has also been severely affected by climate change. Natural disasters are common, particularly floods. Food and resources are scarce.

Since 2016, there has been a high level of insecurity and armed violence in the northwest and southwest of the country. Many people have had to seek safety in other parts of Cameroon. Attacks on schools and lockdowns that have lasted for months have blocked the path to education for countless children.

At last count, more than 3,000 schools in Cameroon were closed because of the crisis.

10. Niger: Crisis in the heart of the Sahel 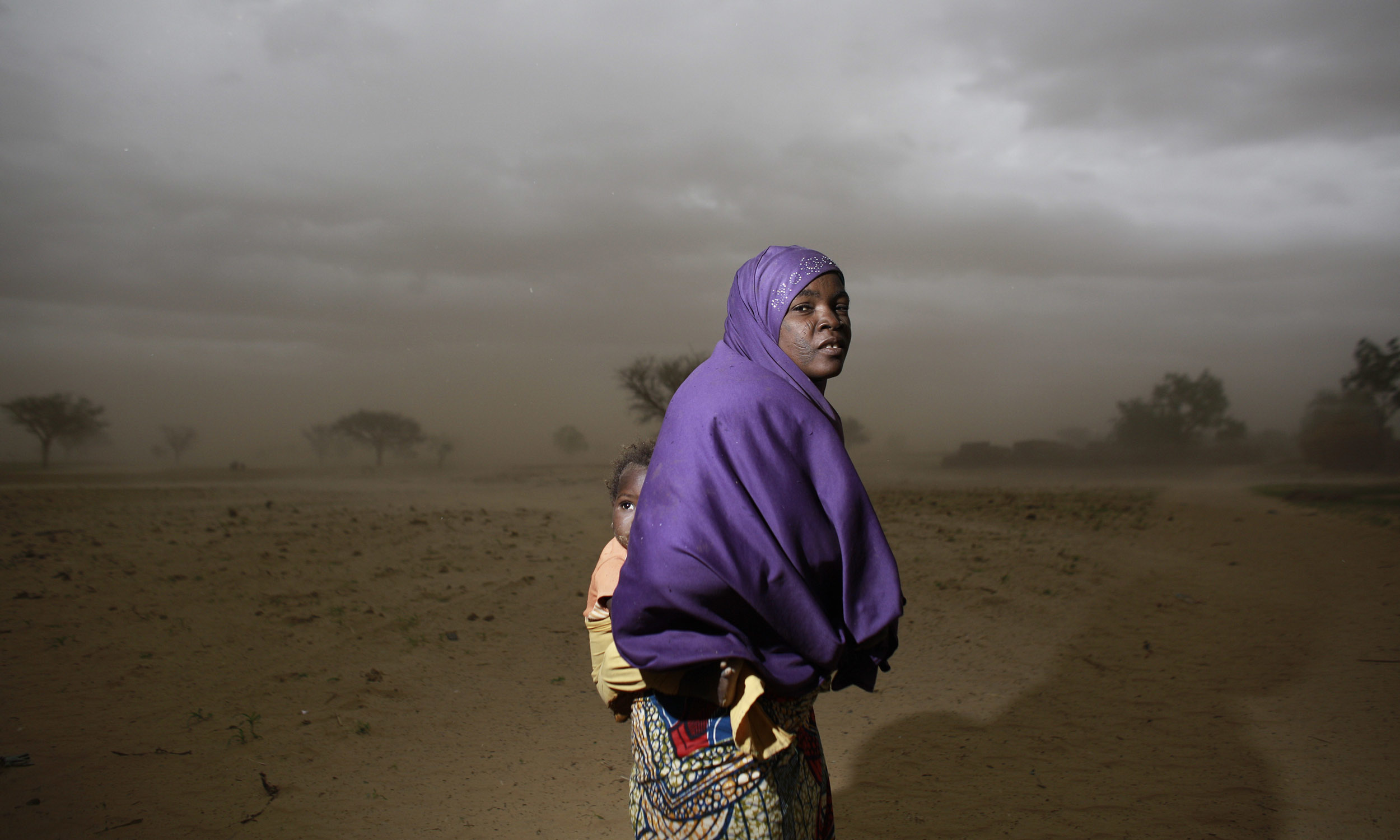 In the rural areas of Niger, Villages like Kagadam are close-knit communities where families and neighbors depend on each other to survive in the harsh dry Sahel region. Photo: Josh Estey/CARE

Niger, mostly covered by the Sahara Desert, is a landlocked country in the Sahel region. The country lies on an important transit route for migrants heading to Europe, and it has the world’s fourth-largest uranium reserves.

In general, it is a country of records: one of the hottest countries, it has the highest fertility rate and the highest population growth in the world. In the UNDP Human Development Index, however, which measures three fundamental aspects of human development – health, knowledge and income – Niger ranks close to the bottom.

The war in Ukraine has affects everywhere

Of all 47 crises CARE studied, Ukraine received the most media coverage, with 2.2 million articles in online media. As recently as last year, Ukraine ranked #2 among the forgotten humanitarian crises in our report.

The war in Ukraine was also — along with climate change — one of the main causes of crises this year. With grain exports failing and global prices rising, people all over the world suffered the consequences of the conflict. But nowhere is this more evident than in Africa.

All 10 crises in the Breaking the Silence report combined for just 66,723 articles published. There were more than three times as many articles about the legal dispute between Johnny Depp and Amber Heard than nearly all 10 neglected humanitarian crises combined.

A note on CARE’s methodology: The total number of people affected by each crisis is derived from data from the analysis portal ACAPS, the UN information service Reliefweb, and CARE’s own figures. With the support of Meltwater’s media monitoring, CARE then examined five language areas (Arabic, English, French, German and Spanish). Corresponding keywords of the crisis were added to each country, so that, for example, not every article about Angola was counted, but specifically those that also spoke of hunger and/or drought. In total, 5.8 million articles for all 47 crises were analyzed by Meltwater. This resulted in the top 10 of those crises that received the least coverage. The study period is Jan. 1st of January to 10th of October 2022, due to the following production phase of the report, which is always published in January.