A year of war in Ukraine: Yulia’s story - CARE

A year of war in Ukraine: Yulia’s story 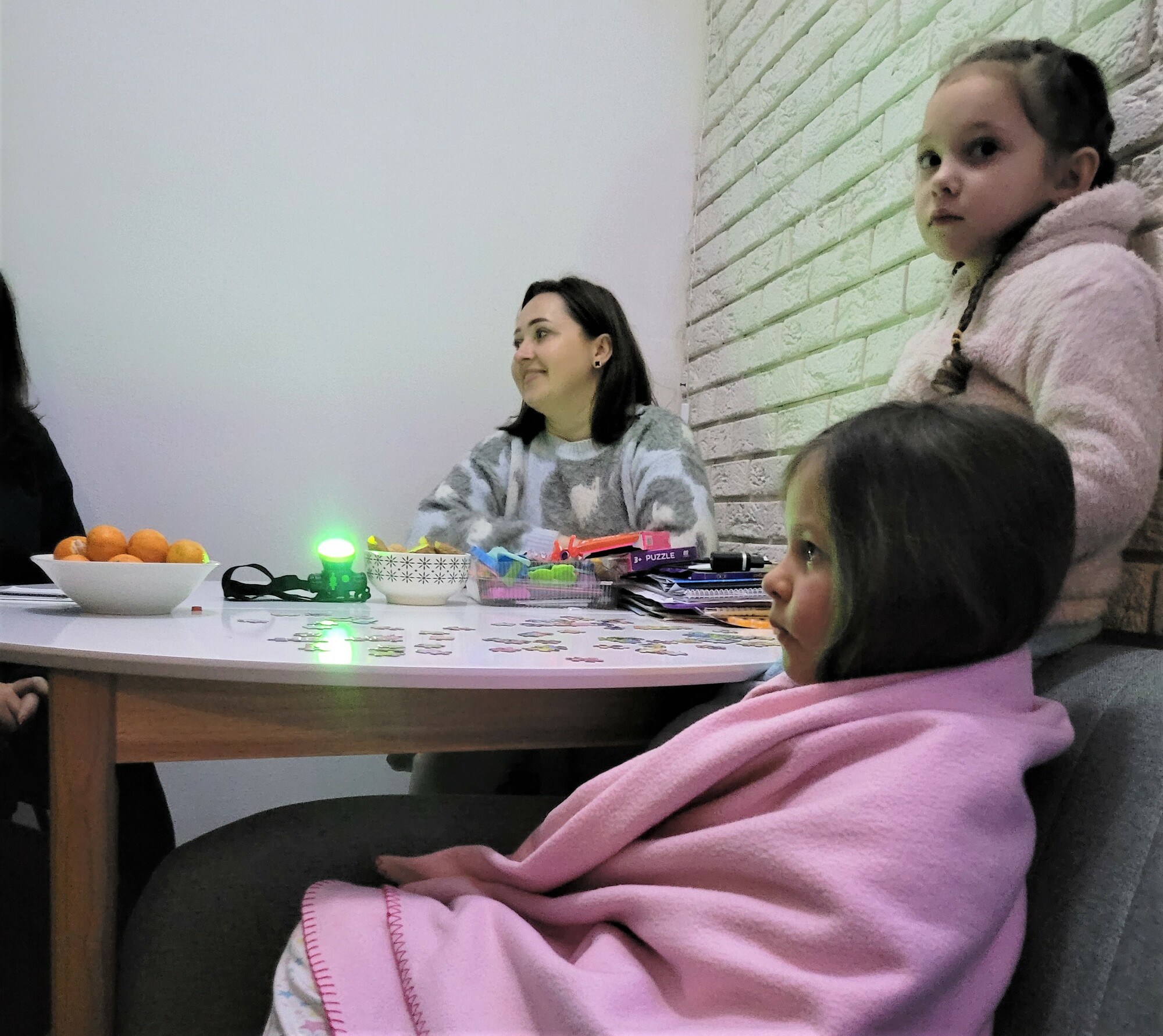 Yulia with her daughter and her niece. Photo: Sarah Easter

Yulia with her daughter and her niece. Photo: Sarah Easter

Yulia’s only light source in the cellar is a small flashlight that gives off a green shine. She pushes puzzle pieces across the small table toward her six-year-old daughter, who is wrapped in a pink blanket against the cold.

For now, there’s no electricity. The city has scheduled cuts to help it manage the power system’s wartime instability. But even temporarily without electricity or heat, Yulia is grateful to be here.

Her family is from Skadovsk, a small town in the South of Ukraine. While millions of other families fled to the West and across the border to neighboring countries, Yulia didn’t want to leave her elderly parents behind.

So she and her family stayed for more than five months in this territory uncontrolled by the Ukrainian authorities.

Attacks on critical energy infrastructure have left families in Ukraine without electricity and heat as sub-zero winter temperatures put more lives at risk. 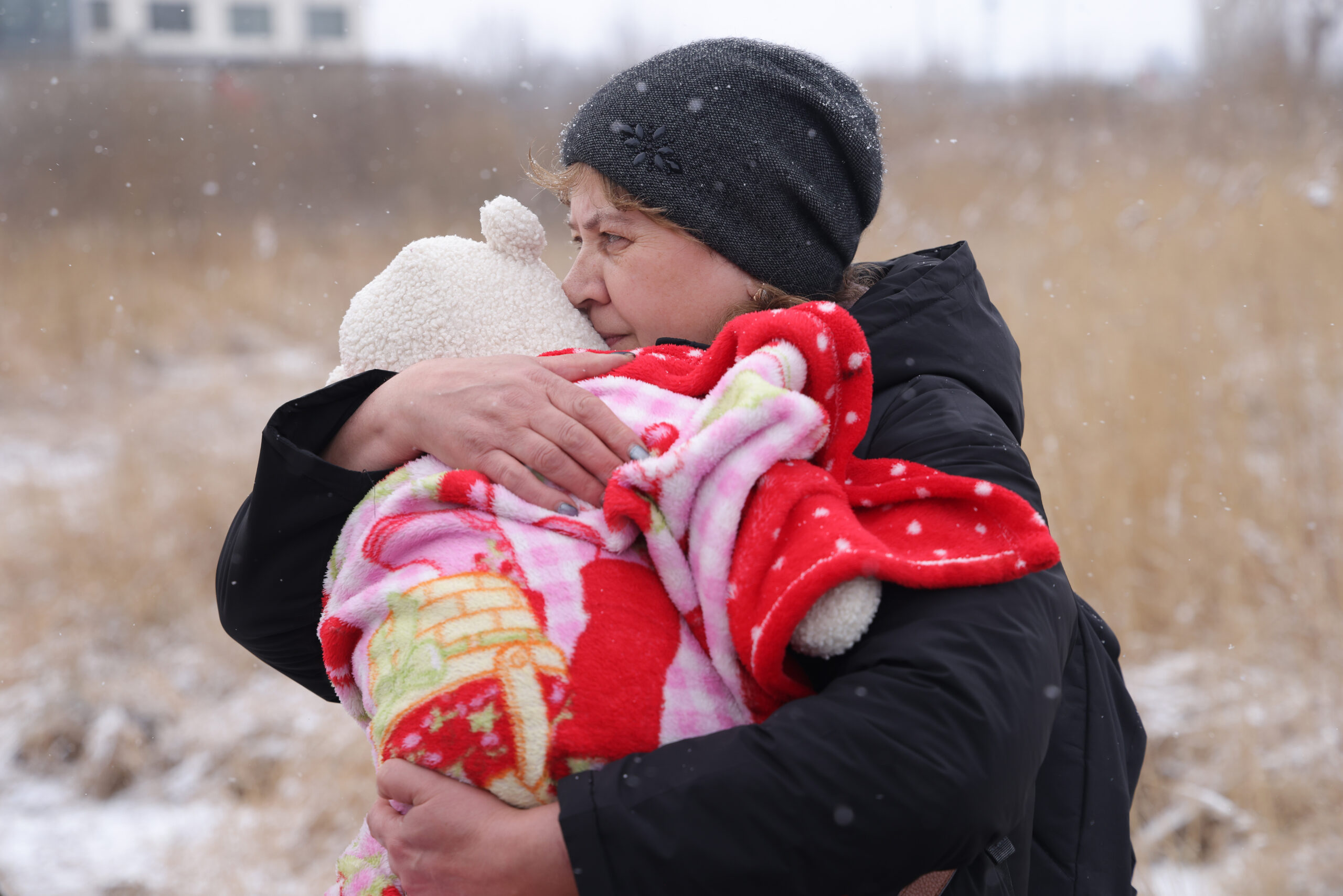 Staying behind without work, without the ability to withdraw cash, and without access to current news was very difficult. The family hardly left the house. They ate food from their own garden and were too scared to interact with anyone.

“We got used to living in the war zone.”

“Our children were playing outside on the street, while rockets were flying overhead,” Yulia remembers. “There was no air raid warning system that warned us. Only the sound of explosions or the whistle of missiles made us aware of the danger.” 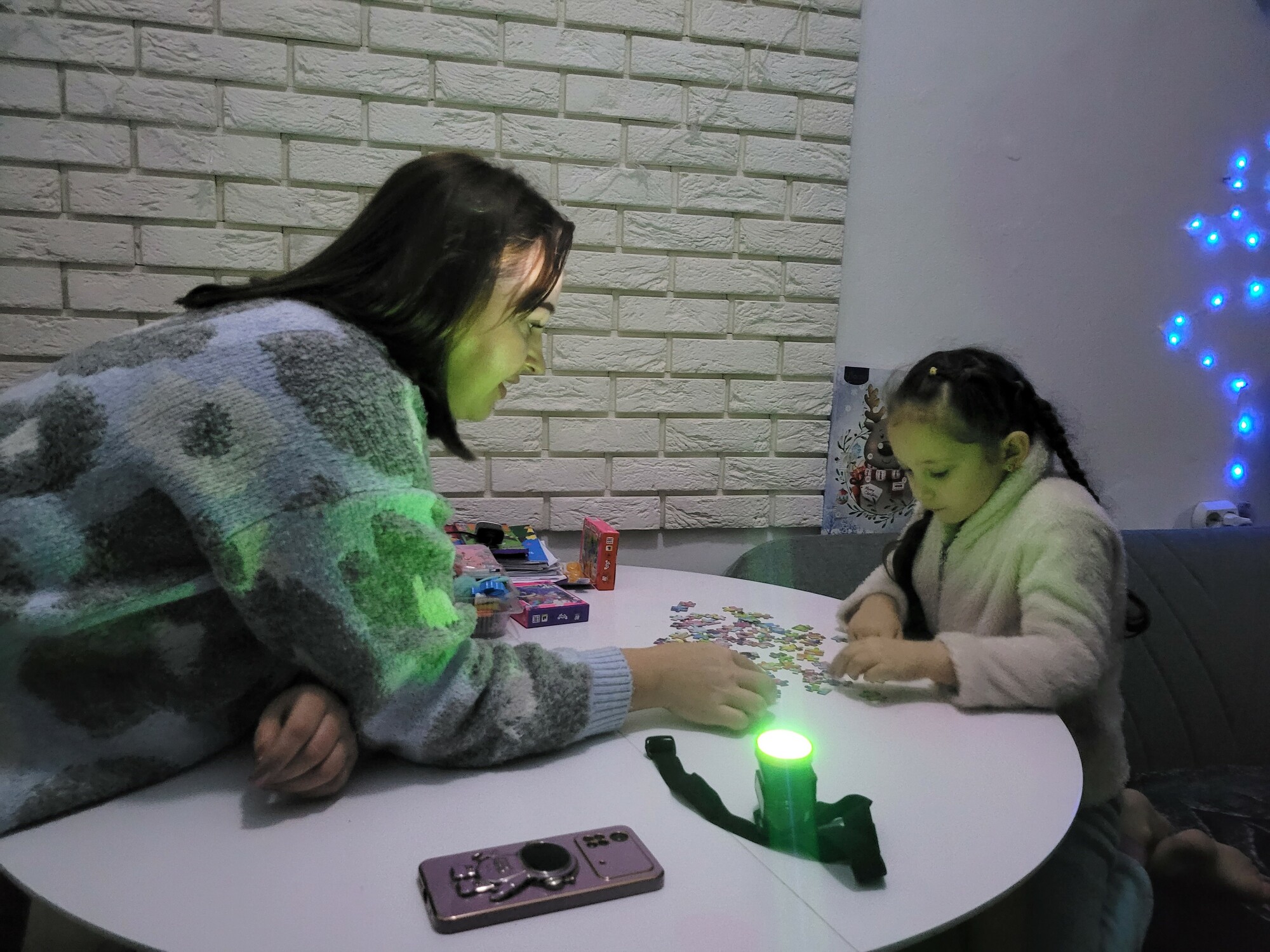 Yulia and her daughter didn’t take a lot of things with them when they fled. Only some food and some essential items. Photo: Sarah Easter/CARE.

In August, Yulia had to make a decision.

“I had three options. First, I could stay home and send my children to a school where all of the subjects were taught in Russian. I absolutely did not want to do that. Second, if I disagreed with the first option, I would have lost my parental rights and my children would have been sent to a boarding school in Crimea. I chose the third option: Taking a risk and to fleeing West.”

Scheduled evacuations needed to be booked three months in advance, so with the money she had left, Yulia hired a driver and decided to play something that is locally called “Vasylivka’s roulette.”

The town of Vasylivka is a checkpoint in the Zaporizhzhia region where no one can ever be sure that they will be able to pass through. On some days, two hundred cars are let through, on others only four.

Yulia and her children didn’t take a lot of things with them. Only some food and some essential items. To get to Vasylivka, they passed through 50 other checkpoints, and Yulia was terrified every time.

“We were scrutinized at each stop,” Yulia says. “I cleared my phone to default setting, because I was scared that even a picture where we are smiling could provoke them and reduce our chances of success.”

Once they finally reached the Vasylivka checkpoint, they had to wait for four days.

“We were scared that we would be shot at any time. Or that a bomb would go off.”

The family now lives in a semi-basement shelter in Lviv.

The shelter was furnished and made livable for the young family by partners of CARE.

It is dark, and cramped, with a minimum of furniture and basic necessities, but, Julia says, “Now I finally feel safe.”

Just as it is for thousands of Ukrainian women, safe housing has given Yulia and her children the opportunity to return to normal life again.

According to research conducted by CARE’s partner organization Center for Women’s Perspectives, over 50% of internally displaced women in Ukraine are in need of individual permanent or temporary housing, and almost 74% indicated that they need financial support.

Yulia lost her job because of the war in Ukraine. She worked in court and as a civil servant, but she could not continue her work at home. She has spent all her savings now, and she’s learned to live one day at a time.

“I do not make plans for the future. I just do what gives joy to my children at this moment,” says Yulia. “If the children want to see the mountains, I take them to the mountains. If they want to go to the zoo or eat cotton candy, I give them that.”

Yulia’s youngest daughter struggled when she first arrived in western Ukraine, but she was able to get psychological support to help.

“She is now smiling again,” says Yulia as she watches her daughter continuing the puzzle.