Forced to Flee a Living Hell in Colombia - CARE

Forced to Flee a Living Hell in Colombia 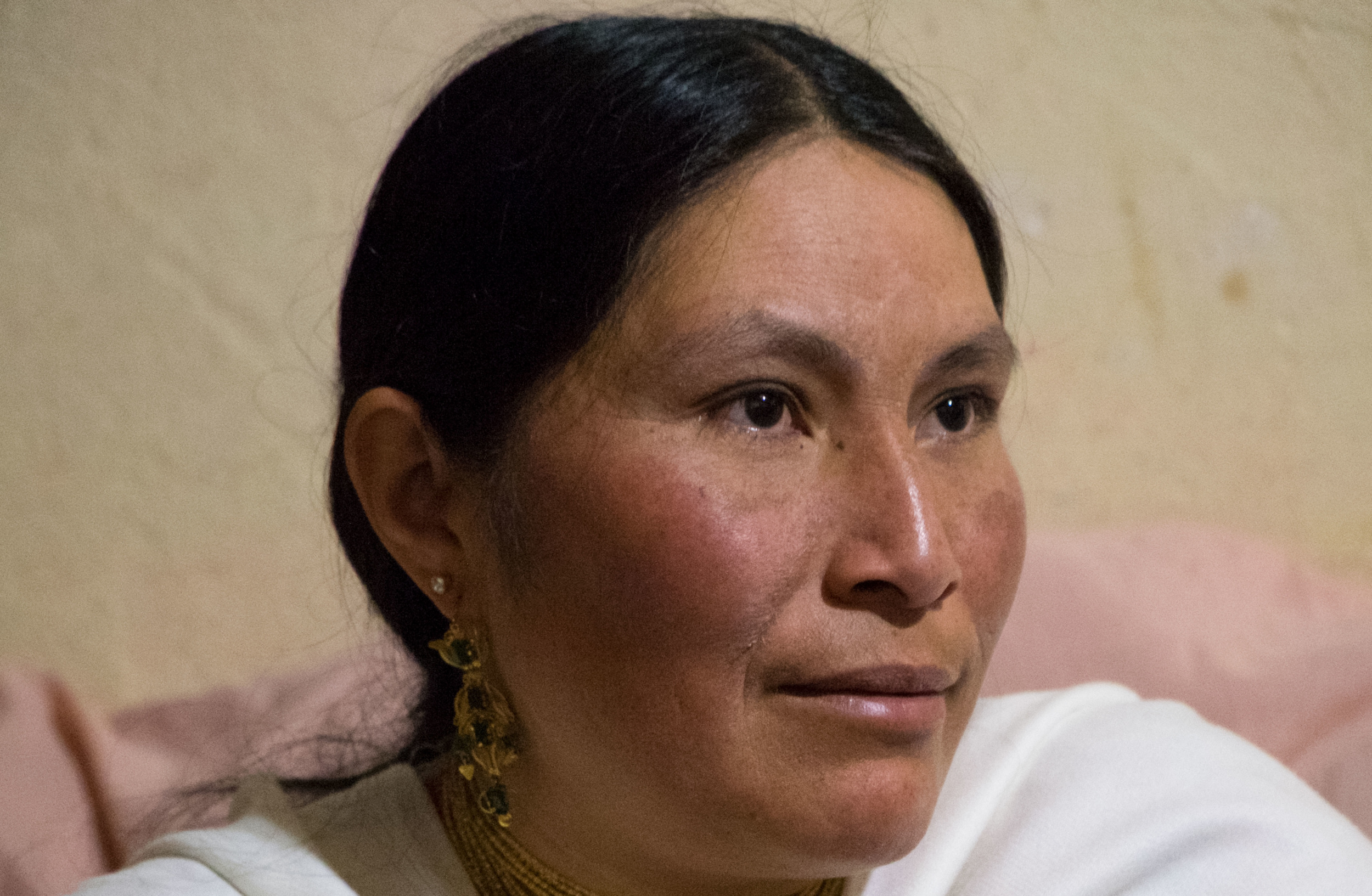 Like many girls in Ecuador, Alicia left her rural village as a child to work as a live-in maid in neighboring Colombia. She didn't know the sexual trauma she'd be forced to endure just to earn a living.

Hanging by a single nail on a mostly barren plaster wall in Alicia Lanchimba’s living room is a picture of the Holy Mother of Quinche. Written in Spanish at the bottom: “Holy Mother of Quinche pray for us.” She has been called “the people’s Madonna,” who watches over the indigenous Andean tribes in the Ecuadorian highlands, where Alicia and her family of five make their home.

Prayers alone, however, would not deliver her from the hell she endured daily as a child at the hands of her employers.

Like many girls in Ecuador, Alicia started working at a young age, and by the time she was 14 she had left the Andean mountains to work as a cook, nanny and maid for a family in neighboring Colombia.

Alicia tells her story on an overcast morning for only the second time. Exposed wooden rafters cross the ceiling above her like railroad ties. Her stucco home in a mountain village is pink with white trim. Clothes hang drying on a line outside. On the patio, her three dogs — Viejito, Preciosa and Perlaiz — lie undisturbed just before a misty rain settles in.

Promised a room of her own and fair pay in Colombia, she could not have known then the trauma she would endure for the next three years. And how could she have? In a previous job in Ecuador’s capital Quito, her employer “treated me like a daughter,” she says. She taught the 10-year-old Alicia to read and write in Spanish. Until then, Alicia had known only her indigenous language, Quechua.

When she arrived at her new home, however, there was no bedroom. She slept on the floor with the couple’s children. She worked from 6 a.m. to midnight many days — and quickly realized there would be no pay either. Her employers withheld payment as a means of controlling her, keeping her in Colombia, vowing, “You will never go home.”

Once enamored of an adventure in a new country, Alicia soon only wanted to return to her old one. “I just wanted to come back to Ecuador,” she says. “I thought that if I got here, I could at least hide beneath a rock, anything. If I had to stay, maybe I would drown myself. A lot of things were running through my head.”

Withholding payment was not only a way to keep her captive far from home. It also was a way for her employer — and the employer’s brother — to coerce her into having sex with the men.

“The brother wanted me to be his lover, his girlfriend, but I told him ‘No,’” she says. “I didn’t think about those things. I was just a child.”

“The brother wanted me to be his lover, his girlfriend, but I told him ‘No.’”

Soon her employers began spreading rumors to impugn her integrity: that she was pregnant by a boy in the community, that she had an abortion, that she was a liar and could not be trusted. The abuse tormented her. And the 14-, 16-, 18-hour days mounted. So did the pressure to have sex. “They told me I needed to have sex with the man in order to get paid,” she says.

Desperate, she one day seized an opportunity to escape, and with keys to the family’s truck in hand, she drove. Fast. Then crashed.

She left the hospital only to be greeted by the employer who told her, “No one will believe you; your parents won’t believe you. And now you owe me for the truck.” With nowhere else to turn, Alicia turned to her first employer back in Ecuador, the mother figure who taught her Spanish.

“Everything inside of me was still bothering me, the threats, the pain they had caused me,” she says. I was still confused and scared and suffering from all they had told me. The humiliation was hard for me, but my former employer valued me more.”

And at 17, having felt the compassionate hand of an angel employer, Alicia summoned the courage to run. Fast.

On Good Friday, she came home.

The clouds in her village hang low like the cross-beams in her living room. They cloak the timeless mountain peaks, which rise green and welcoming. In the air is the earthy scent of damp, sloping farmland, corn stalks and the smoky trace of wood burning.

If she felt redeemed in her return, and by the embrace of a kind woman from Quito, she has been further restored through the support, solidarity and shared experience of an indigenous women’s group she joined a decade ago and that she says gives her strength still. CARE supports women’s groups like this throughout Ecuador, aiming to give voice to the women whose communities have long kept them silenced. By educating communities about women’s rights and values, and offering training in advocacy, financial management, and political organizing, CARE empowers women’s organizations to create their own change and break down the barriers that have kept women trapped in the cycle of poverty.

Alicia only recently began telling her story. Despite the emotion that rises within her as she recounts it — or maybe because of it — she wants it to reach others, the next generation, other daughters like hers.

Women like Alicia are putting the HER in HERO every day. Meet other inspiring women and girls and tell the world who puts the #HerInHERO for you.