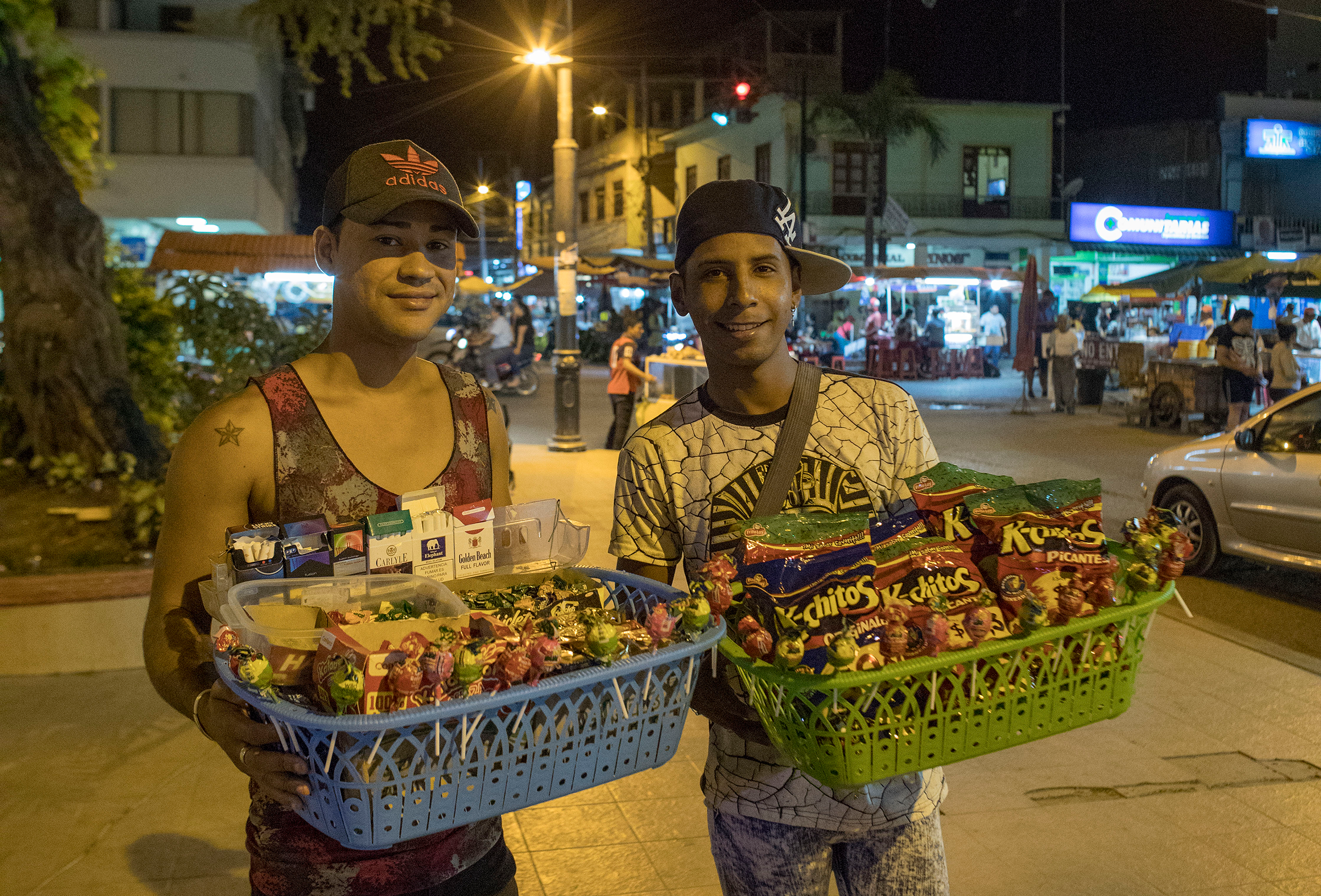 For many Venezuelan migrants and refugees, financial stability is difficult, but for Diones and Gabriel, an unconditional cash transfer helped them start over on their own terms.

When Gabriel Faran and Diones Benitez lived in Venezuela, they struggled to cope due to the economic and humanitarian crisis that has devastated the country.

“There was no electricity, no water. Everything was very difficult,” says Diones, a 26-year-old art student who worked as a graphic designer at a dance studio. His partner, Gabriel, 27, a medical student, choreographer and dancer, also struggled to cope.

Despite having jobs, both Diones and Gabriel — who had several dependents, including family members with special needs — could no longer afford basics, even for themselves. Like other Venezuelans, their purchasing power was essentially worthless due to hyperinflation which reached a rate of 1,300,000 percent by the end of 2018.

There was no electricity, no water. Everything was very difficult.

The duo eventually lost their jobs and their studies were put on hold, too. Many universities in Venezuela are abandoned, experiencing water shortages, strikes by faculty members, and rising violence on campuses.

The couple left Venezuela along with a group of five friends, joining the 4.3 million refugees and migrants who have fled the country, according to the United Nations High Commission for Refugees.

To leave Venezuela, they took a bus to the Colombian border before walking and hitchhiking across that country, stopping to stay in various towns. Traveling through the highlands was particularly challenging.

“It was very cold and foggy. Because of the altitude, people got sick and some were vomiting, so we said we need to take the bus,” Gabriel says. They sold coffee by the roadside to earn money, and resorted to begging when they were short on cash.

Twenty-seven days after leaving Venezuela, they arrived in Huaquillas, a city in southern Ecuador at the border with Peru. Gabriel and Diones could only afford to rent a shared room with eight other people, so the couple slept on the floor for weeks. 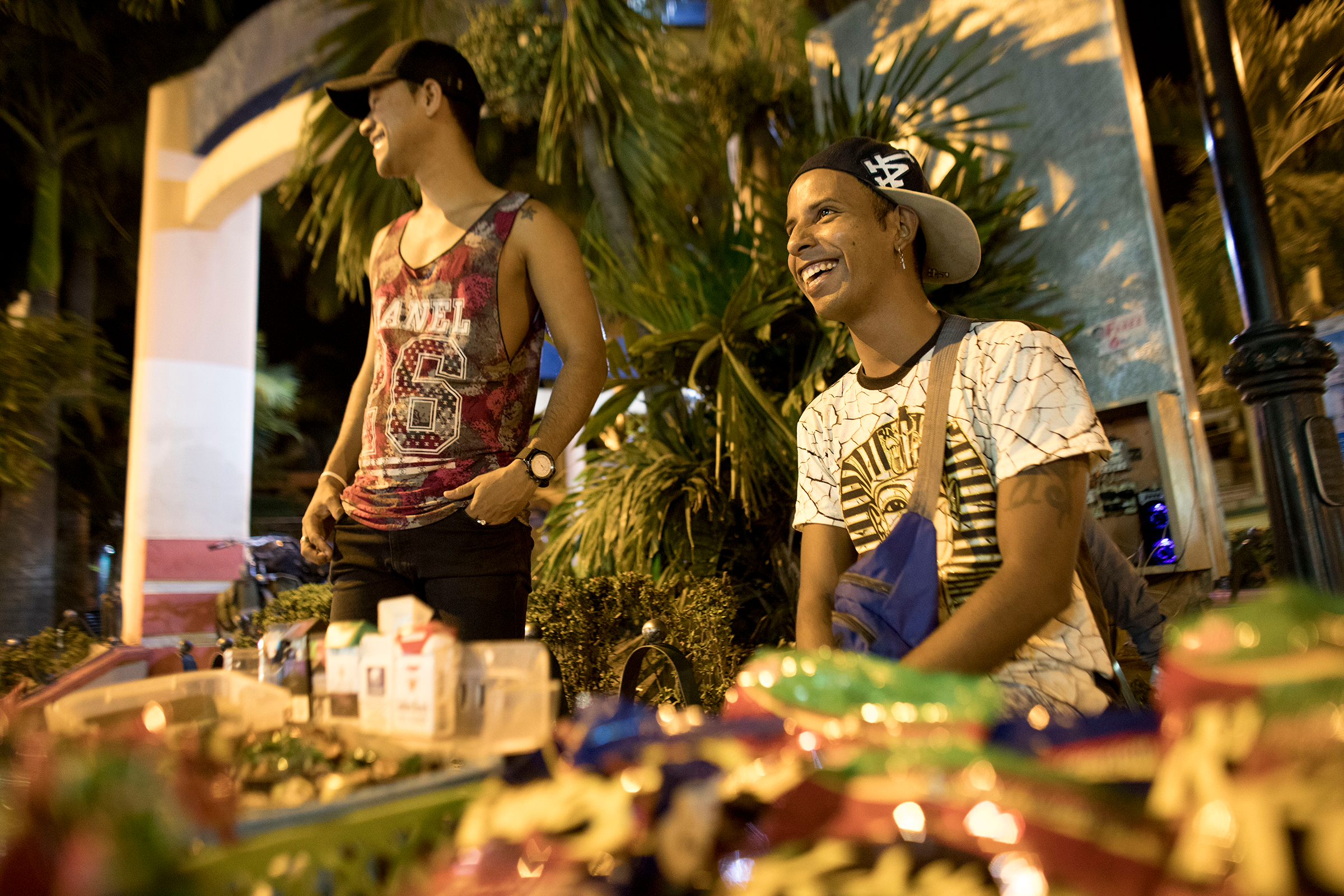 Gabriel, right, says the couple may resettle in Huaquillas, Ecuador. “We are happy here,” he says. “I am thinking of bringing my mom [from Venezuela], so we can settle down.” Photo: Josh Estey/ CARE

Serendipitously, a stranger who passed them by in the streets of Huaquillas, told the couple about an organization looking to support at-risk Venezuelan migrants, including LGBTQ people. After receiving a contact, they soon connected with CARE Ecuador and were each given a $30 cash intervention.

Cash transfers provide assistance in the form of money — either physical currency or e-cash —to recipients. They are by definition unrestricted in terms of use and distinct from restricted forms like vouchers and in-kind assistance.

They are often a more dignified way to deliver aid as the recipient decides how to spend the money based on unique individual and household needs. Cash transfers contribute to the local economy, and have proven to be effective in reducing poverty. One study found that lump-sum cash transfers have the highest benefit-cost ratio in comparison to other poverty reduction methods.

The couple decided to pool their money, and spent the $60 to purchase candy and other snacks, hoping that working as street vendors would sustain them financially.

It worked. Gabriel and Diones now spend their evenings selling candy on a sidewalk near a public park and busy intersection, making a profit of $7 per day. With their earnings, they moved to a different apartment where they no longer share a bedroom with others. Although their initial plan was to resettle in Peru, the couple is thinking of making Huaquillas their home.

“We are happy here,” Gabriel says. “We’re thinking of starting a dance academy.” The couple dreams of opening their own studio, and training youth to perform dance routines like they did in Venezuela.

Despite the treacherous journey and complications while migrating — at one point, the couple was swindled by a broker who they trusted to support their entry into Colombia — the duo says when they recall their experience, what stands out is the gracious people they met along the way.

When Gabriel and Diones passed through a town where several xenophobic attacks occurred, a stranger advised them to move on for their safety and offered a ride to the next town. After that, it was one act of kindness followed by another.

“In that town, we met someone who owned a restaurant and they fed us and let us shower and stay at their place for a night and even gave us a big bag of candy,” Gabriel says. “I will never forget that. There was so much solidarity.”