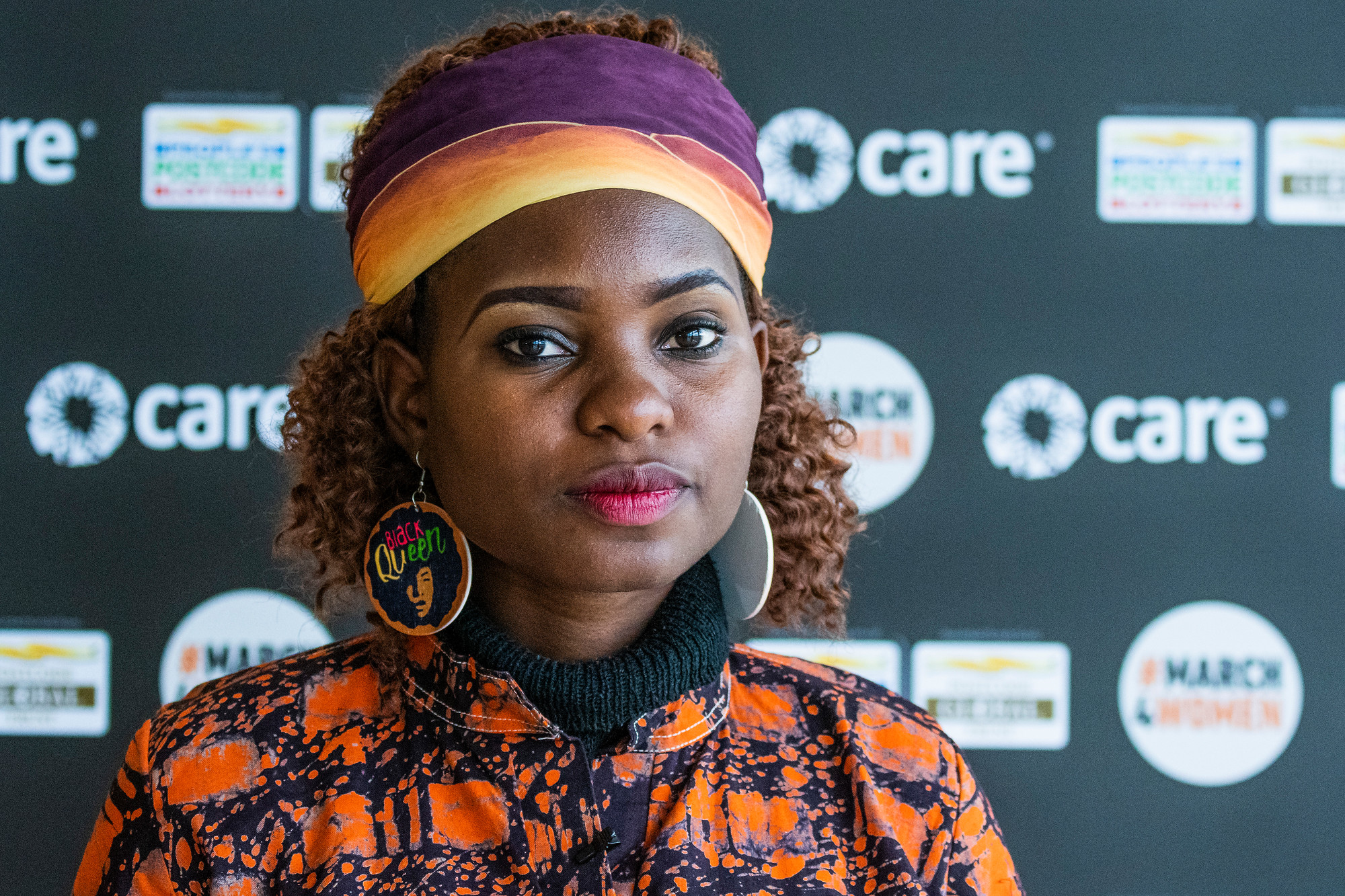 Activists in Ghana, Kenya, and Uganda are helping lead the way in advocating for environmental issues and climate justice.

On Fri., Sept. 25, people around the world participated in Global Day of Climate Action and strike to demand action against climate change. To date, the protests, inspired in large part by Swedish climate activist Greta Thunberg and her Fridays For Future movement, have taken place on every continent and involved more than 13 million people.

In Africa, activists such as the late Wangari Maathai, a Kenyan environmental and political activist who began protesting on environmental issues in the ‘70s, have paved the way for a new generation of activists. Meet three African environmental activists who are taking action in their communities and mobilizing their peers in rallying for climate justice. 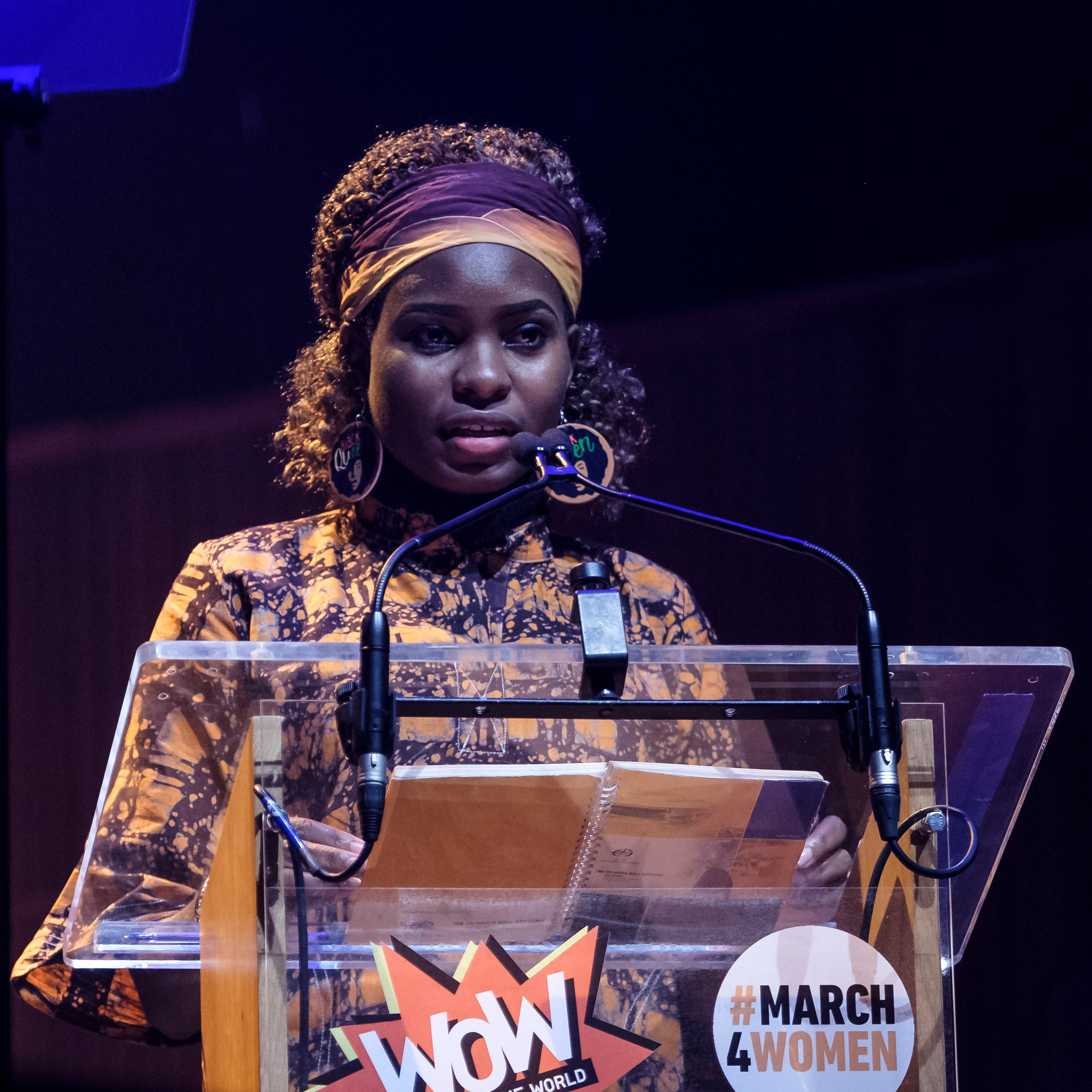 For years, Hilda Flavia Nakabuye watched as her family struggled to grow crops in Uganda’s Masaa District amid weather changes such as severe droughts.

“I recall my grandmother crying every time she passed by the garden, thinking we were cursed by the gods. We did not know [about] climate change,” Hilda says.

“My family lost everything because of climate change.”

In 2017, as the situation worsened, Hilda’s family was unable to pay her tuition and she missed three months of school. The family struggled to make ends meet and ultimately sold all its land and livestock.

“My family lost everything,” Hilda says.

By chance, Hilda heard about a forum by a local environmental group about climate change and attended out of curiosity. She quickly connected the dots between climate change and her family’s struggle and committed to spend her life working toward climate justice. Hilda began learning about climate change and stumbled on Greta Thunberg’s posts on Twitter. Inspired by the climate strike movement, Hilda founded Fridays For Future Uganda and mobilized Ugandan students to strike for climate action by skipping Friday classes in solidarity with youth around the world.

Hilda, 23, now a leading climate and environmental rights activist, has spoken at international conferences such as COP25 and the C40, calling on global leaders to act on climate change.

She has been outspoken on the need for gender equality and racial diversity in the climate change movement. As part of CARE International’s #March4Women campaign, a global movement for gender equality, Hilda said, “It is not possible to have equality for girls and women without climate justice.”

Women are disproportionately impacted by climate change. According to U.N. figures, 80 percent of people displaced by climate change are women. Gender inequalities such as access to land, unequal division of labor, and decision-making power influence how women are affected by, and can respond to, the climate crisis.

Women and Girls Lead the Fight Against Climate Change 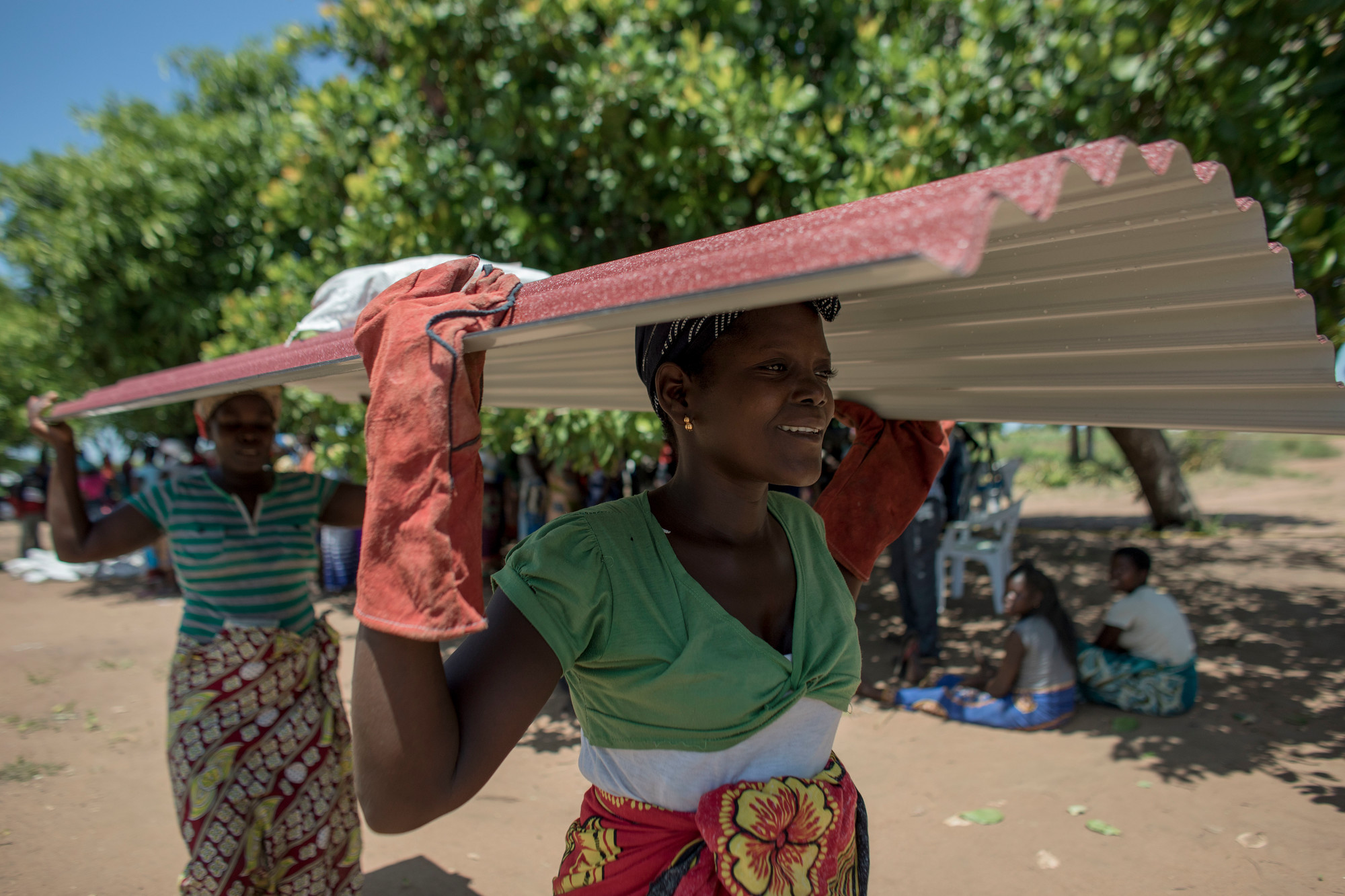 “The hope lies in us — us, the people. Our actions today determine our lives tomorrow,” Hilda says. “There is work to be done, lives to save, futures to guard, water bodies to preserve, forests to save, because our bare earth is so deserving and demanding that we must do her justice with everything we’ve got.” 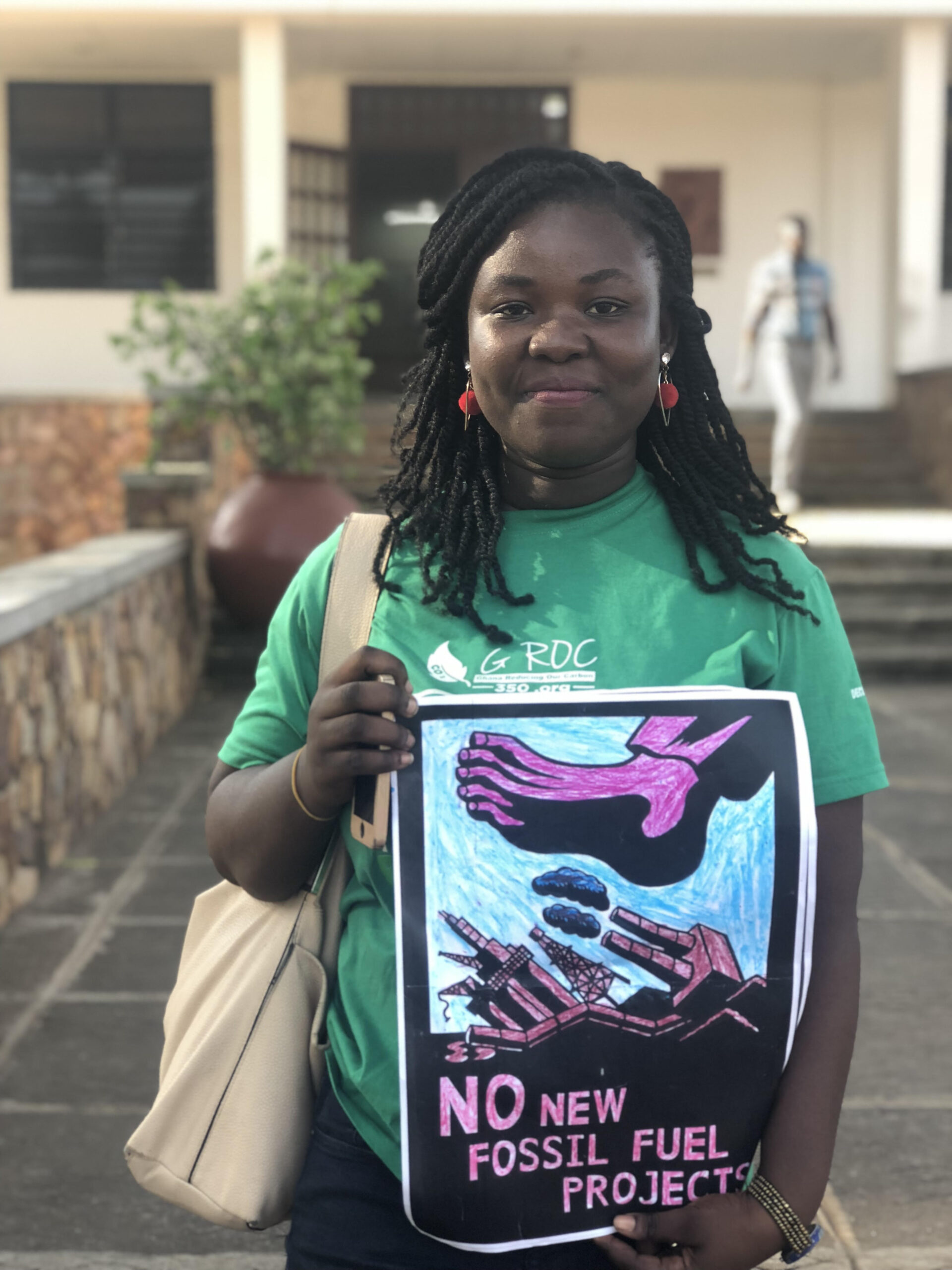 In 2015, when Portia Adu-Mensah heard about a proposed coal plant located in Ekumfi Aboano, in Ghana’s central region, she knew she had to rally people against it.

“I’ve been to South Africa to see how coal impacts communities and people really are suffering because of the establishment of coal,” she says. Portia heard directly from people who faced health issues including respiratory and heart problems, and delayed development in children. “I knew there was no way I would allow this to happen to our people,” she says about the proposed coal plant.

Portia, then 29, was the national coordinator for a group called 350 Ghana – Reducing Our Carbon (G-ROC), a youth-led organization established in 2013 with a goal to champion renewable energy and eliminate fossil fuels. Portia, a founding member of the group, mobilized youth and environmental organizations against the proposed coal plant. They wrote letters, reached out to Ghana’s national energy regulator, and arranged in-person meetings with the community in Ekumfi Aboano.

“We got the message from [community members] that there was a message from the top that any chief who meets with us will be in trouble, so we needed to re-strategize.”

of people displaced by climate change are women

of people displaced by climate change are women

Portia turned to journalists, speaking publicly about the harm a coal plant would bring to Ekumfi Aboano. She shared case studies with community members to educate about potential harms and the possibilities of clean energy alternatives. With mounting public pressure, the government cancelled plans to proceed with the plant.

Portia and G-ROC members continue to champion renewable energy and have provided solar power banks and solar light bulbs to women’s groups. Portia is also lobbying Ghana’s government to review the renewable energies act, which she says is in desperate need of an update.

“I don’t want companies to come to communities and just dump their ideas on them because at the end of the day [community members] are the ones who are going to live with the negative effects.” 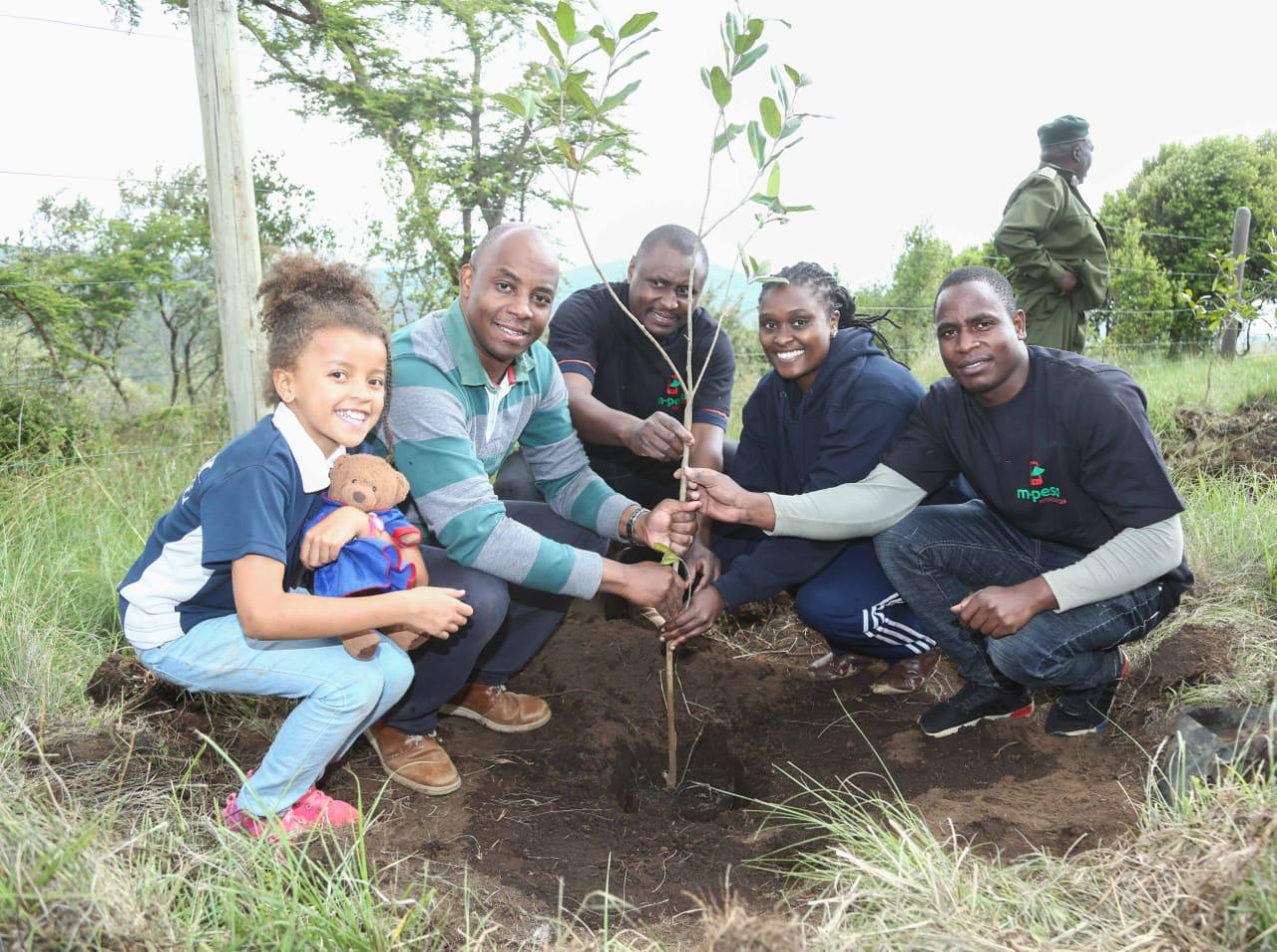 At nine years old, Ellyanne Wanjiku (left) has been the driving force behind the planting of 250,000 trees in Kenya. When Ellyanne was in kindergarten, she learned about Kenyan environmental activist Wangari Maathai, who fiercely defended public land from the government’s development plans and through her nonprofit the Green Belt Movement, paid women to plant tree nurseries throughout the country. Inspired by the 2004 Nobel Peace Prize Laureate, Ellyanne decided to follow in her footsteps by planting trees.

At first, Ellyanne’s mother, Dorothy Githae wasn’t fond of the idea. “I was upset and [wondered]: What are trees going to do for you?”

Ellyanne was adamant. “What would we do without trees? We can’t do anything because trees give us oxygen,” she told her mom.

“Because she was so persistent, I said do the one at home, plant it in the garden, and leave me alone,” Dorothy says.

After planting her first tree — an orange tree in the family’s back yard — Ellyanne found ways to continue planting more. With permission, she began planting trees in Nairobi’s Karura Forest with friends and eventually, was invited to organize tree-planting activities for companies as part of team-building events and corporate social responsibility activities.

Ellyanne, who uses her allowance to buy seedlings, says she now plants trees “nearly all the time — well, not all the time because I have to study.”

In 2016, she founded the nonprofit Children With Nature, and has set up tree nurseries in 80 public schools in communities where children lack nutritious meals. Through the partnership, children plant seedlings in bags at school, nurture them as they grow into trees, and the schools sell the seedlings in their community to generate income. In addition, the students — some of whom Dorothy says may not have dinner at home — plant fruit trees at the school, so they can access free, nutrient-rich fruit.

Through her organization and speaking engagements at elementary schools, Ellyanne often educates other children about climate change, deforestation and plastic pollution. She tells them to start taking small actions towards being environmentally conscious.

“Keep on doing what you can do and whenever you’re free, just think about the earth,” she says. “If you go to a place with a lot of plastic, maybe you can just pick some up.”

Climate Change Sparked 70% of Cases of People Being Displaced From Their Homes in 2019: Report

Climate change-related displacement is increasing worldwide, exacerbating global inequalities and disproportionately harming women and girls, according to a new report by the humanitarian nonprofit CARE International.

(July 7, 2020) – Today the international aid organization CARE launched a new report highlighting the causes and consequences of climate-induced displacement and the urgent need for a gender-transformative response.