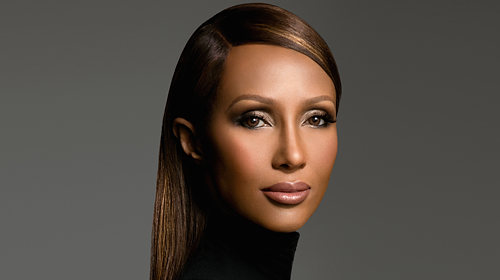 Iman will work to lift up and strengthen CARE’s ongoing work to create a world where poverty has been overcome and all people live with dignity and security. Photo: Troy Word

New York, NY (Sept 24, 2019) – Today, CARE, the leading global anti-poverty and humanitarian organization, announced that activist, entrepreneur, and supermodel Iman has been appointed its first-ever Global Advocate. In the role, which was created for her, Iman will work to lift up and strengthen CARE’s ongoing work to create a world where poverty has been overcome and all people live with dignity and security.

Drawing on her experiences as a Somali refugee, Iman has long used the platform she built as an activist, entrepreneur and supermodel to advocate for human rights and the safety and security of people around the world. Her work in support of women’s and girls’ rights and empowerment makes her a natural partner for CARE.

“I believe steadfastly in the dignity of all people and know without a doubt that women are the key to ensuring a world in which everyone can live a life free from poverty, violence, discrimination and human rights violations,” said Iman. “The world’s oldest and most persistent human challenges will require 21st century solutions. CARE, which has been at the forefront of the fight to end poverty since World War II, is spearheading the innovation that will deliver bold and sustainable change. I’m excited to embark on this journey together, betting on women and girls to catalyze positive forward movement for everyone both globally and locally.”

Iman will work alongside CARE to expand and amplify the organization’s work. Inspired by CARE’s success empowering women in developing nations, helping them to earn a living and support their families, Iman’s initial endeavor will involve leading efforts to build similar anti-poverty programs domestically.

“Iman has spent her life using her considerable talent as a model and entrepreneur to advocate on behalf of vulnerable people. Similarly, throughout its 75 year history, CARE has worked tirelessly to improve the lives of the world’s poorest. Together we can multiply our impact as tackle global issues in our next 75 years. We are deeply honored to have Iman’s support, trust, and voice as she joins our team in an official capacity,” said CARE President & CEO Michelle Nunn.

Iman is scheduled to make her first public appearance as CARE’s Global Advocate during Advertising Week New York on September 25. She will join Michelle Nunn for a conversation about the power of storytelling in the face of international conflicts and crises.

About CARE:
Founded in 1945 with the creation of the CARE Package®, CARE is a leading humanitarian organization fighting global poverty. CARE places special focus on working alongside women and girls because, equipped with the proper resources, they have the power to lift whole families and entire communities out of poverty. That’s why women and girls are at the heart of CARE’s community-based efforts to confront hunger, ensure nutrition and food security for all, improve education and health, create economic opportunity and respond to emergencies. CARE works in more than 90 countries, reaching over 50 million people through over 950 poverty-fighting development and humanitarian aid programs.