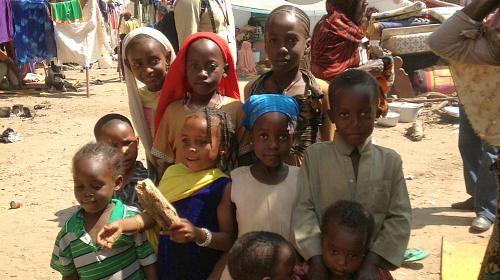 There are more than 2,500 cases of unaccompanied children. Need for family reunification and tracing especially between returnees arriving at different locations, and families that remained behind/blocked in CAR. Girls especially are vulnerable and at ris

Need for more funding as refugees and returnees continue crossing into Chad/CARE supports camps with water, sanitation and food

N’Djamena, Chad (13 January 2014) – Amidst recurring warnings that the Central African Republic (CAR) is heading for a humanitarian disaster, the volatile situation and the mounting humanitarian needs in CAR are gravely concerning, and require prompt and adequate response. CARE is also concerned, however, about the many needs of thousands of refugees and returnees in neighboring countries such as Chad, whose plight also should not be ignored, and is urging for more funding to provide continued and increased support.

Since March last year, some 75,000 refugees have fled CAR to neighboring countries, including Chad, bringing the global number of CAR refugees to over 240,000 by end of December 2013.

“Chad has already been hosting more than 80,000 CAR refugees, including more than 14,000 who have fled between March and December 2013. But is it is not only the people of CAR who are fleeing their country. In the past two weeks alone, approximately 20,000 Chadians – many born and living in CAR for decades – have been forced to flee to Chad, leaving behind scenes of violence and suffering. More returnees are expected to arrive in the following days,” said Bonaventure Wakana, CARE Country Director in Chad.

“Resources are already overstretched and scarce. Both refugees and returnees need urgent assistance upon arrival to cover basic needs – food, water, shelter, sanitation. Many of the returnees we have been seeing in Goré and Sido – in the south of Chad, bordering CAR – are women and children. There are plans of relocating those born in Chad to their villages of origin but the issue is that many of the returnees are of Chadian origin but born in CAR. They have no villages of origin to return to. It is a very complex and heart-wrenching situation. They need our support,” said Bonaventure Wakana, CARE Country Director in Chad.

CARE is UNHCR’s key partner in Chad and one of the few humanitarian agencies to work in all five CAR refugee camps on the Chad-CAR border, providing access to shelter, water, sanitation and food. In the past few days, CARE has also been the first agency to respond to the water, hygiene and sanitation needs of approximately 1,000 Chadian returnees finding shelter in the Goré transit camp, and is planning to reinforce its programmes in Sido, in areas of reproductive health, child protection and water and sanitation. The needs are huge, however, and more resources are required to reach 20,000 returnees.

The current CAR conflict – with no end in sight – is only prolonging and exacerbating the refugee crisis. It is not only that the numbers of refugees and returnees are increasing and placing additional pressure on already strained resources in Chad and other neighboring countries, such as Cameroon and the Democratic Republic of the Congo, but CAR refugees are also likely now to stay much longer or never be able to return to their homes.

“In Chad, given the protracted situation of the majority of refugees and the recent influx of refugees and returnees, there is a pressing need to focus on enhanced livelihood opportunities and to provide assistance to newly arrived refugees and returnees as well as to their host communities. The aim is to reduce dependency and strengthen local services and capacity. Funding needs to evolve and align to this new reality,” said Wakana.

CARE has been working in Chad since 1975.