Heather H.: We Retreat from Development Work 'At Our Own Peril' - CARE

CARE’s Heather Higginbottom to Congress: We Retreat from Development Work 'At Our Own Peril' 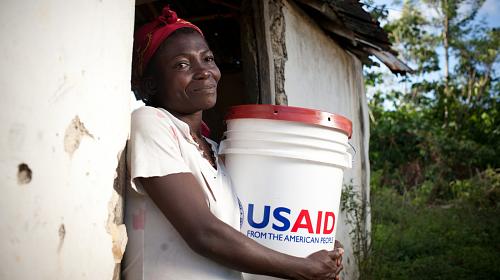 WASHINGTON—CARE USA Chief Operating Officer, Heather Higginbottom, told a congressional committee today that “continued American engagement in diplomacy and development is essential in building a future worth having for ourselves, our children, and our neighbors around the world.”

Higginbottom, who served previously as US Deputy Secretary of State for Management and Resources, told lawmakers that foreign assistance has always enjoyed bipartisan support and safeguards American interests.

“History tells us, we a pay a little now, or we pay a lot later,” she said. “In today’s interconnected world…we should be doubling down on, not weakening, effective, modern, and innovative implementation of diplomacy and development.”

But she warned that the current administration is likely to try to cut, or eliminate, vital life-saving programs.

“Despite the clear and well-documented results [of US foreign assistance], the President’s budgets for fiscal years ’18 and ‘19 – and we fear once again for fiscal year ‘20 – have proposed slashing foreign assistance by 30 percent, cutting to the bone and even amputating programs that provide emergency food aid, alongside dramatic cuts to the Global Fund to Fight AIDS, TB, and Malaria, PEPFAR, and efforts that build resilience, like Feed the Future.”

“We are grateful that Congress has rejected these cuts,” she said, but noted that the uncertainty regarding funding has already done a great deal of damage.