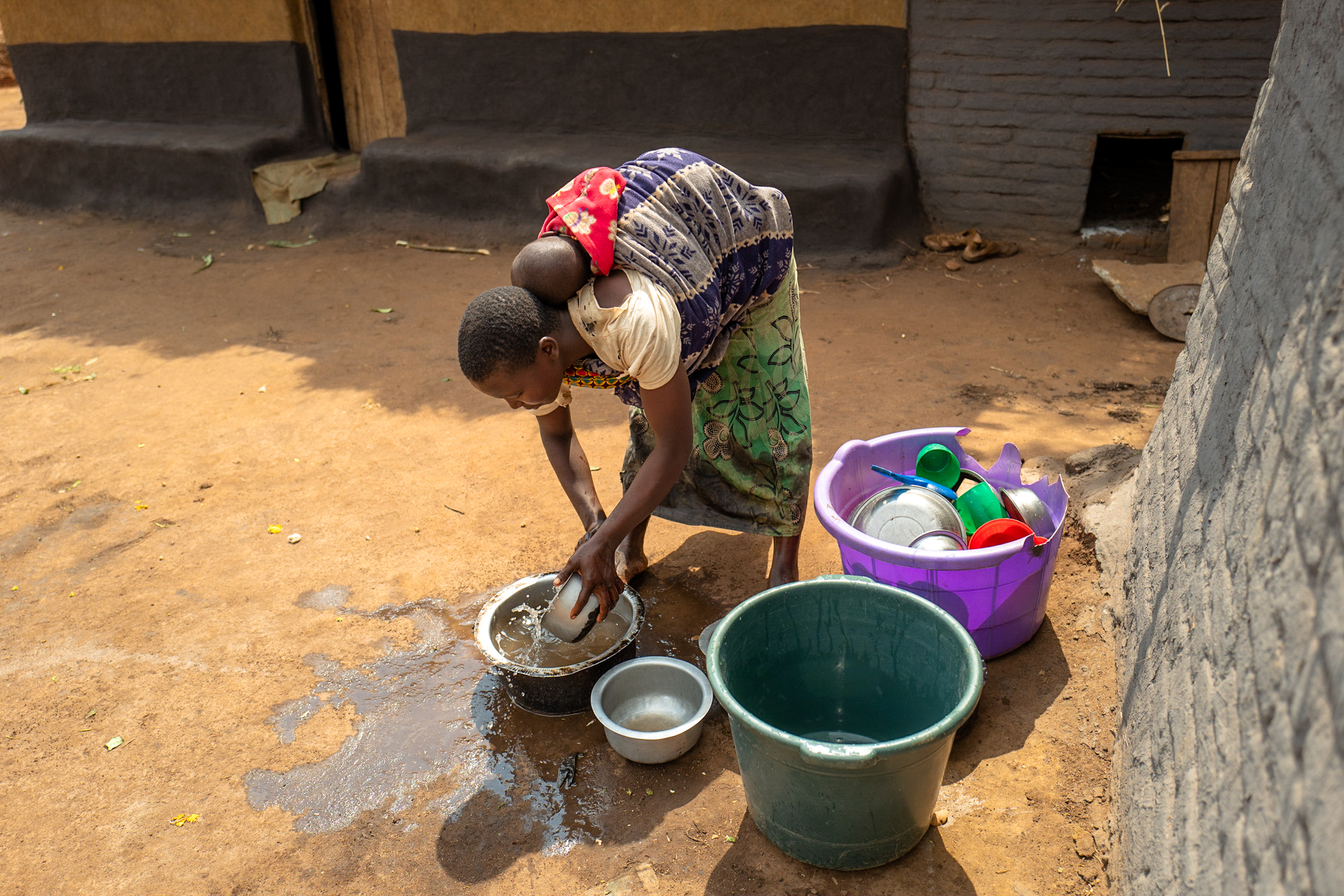 Malawi has been grappling with a devastating cholera outbreak that has affected entire communities as the country experiences a worsening hunger crisis.  Government reports released in November indicate that there was a 33.5% increase in reported cholera cases in October, compared to September. With the rainy season about to start, there are fears that there could be a spike in cases. Despite a combination of interventions, including a vaccine drive that started in May 2022, the outbreak has kept on spreading and has now affected all 28 districts in the Country.

Amos Zaindi, CARE Malawi Country Director said, “We are particularly concerned about the impact the outbreak will have on the vulnerable in the community, especially pregnant and lactating mothers as well as mothers with toddlers. This is also because many are still recovering from last year’s floods.

“From late 2021 to early 2022, rainfall and effects of strong typhoons and cyclones in Southern Africa caused severe flooding devastating the lives of communities across Malawi. This led to the loss of life and property, and subsequently the cholera outbreak which was declared by the government on 3rd March 2022. Over the years’ extreme rains as well as stronger cyclones and typhoons, caused by climate change, have worsened flooding cases in the country.”

Despite making economic strides, Malawi remains one of the world’s poorest nations. Over 80% of the country depends on agriculture with most being subsistence farmers who depend on rainfed agriculture. Therefore, extreme weather conditions hamper the growth of the country. With over 70% of the country living on less than $1.25 a day and with limited access to sanitation facilities, the cholera outbreak worsens.

Approximately 5.4 million individuals are facing hunger in Malawi. This cocktail of cholera and hunger creates a dangerous cycle that poses a great risk to the nation. When the affected do not receive sufficient nutrients, this poses a great risk to their immunity, which becomes severely weakened. Without immediate medical attention, the repercussions could be fatal.

Government reports indicate that the sick are arriving at treatment centers already severely impacted by the disease. Many fatalities have occurred in the communities and or at facilities due to people coming late for treatment. Religious beliefs are contributing to late reporting to the health center, and this is leading to the further spread of the disease. As of 30th October, reports showed that most of the fatalities were aged above 25 years.

Another danger the outbreak poses is the erosion of Women and girls’ advancements that have been made in the past. Billy Molosoni, CARE Malawi Gender Justice and Advocacy Lead said, “As the cholera outbreak persists, the primary caregivers – women and girls – will be overburdened with extra work. This will not only expose them to the risk of contracting the disease, but it will also impact girls’ education and women’s economic empowerment as they prioritize taking care of the infected.”

CARE will be engaged in various activities to reach the affected. This includes the provision of chlorine powder for water purification to the District Health Offices to be distributed in health centers, schools, and households, the distribution of gloves for medical personnel and waste disposal, and supplying Oral Rehydration solutions for the affected.

As the rainy season, which has been forecasted to bring above-average rainfall, starts in December CARE will continue to support the Malawi Ministry of Health. “Through collaboration with our local partners, we will be carrying out preparedness activities. These include revamping and training community Health workers and partner staff in readiness for the upcoming season. At the same time, we will be supporting the Ministry with logistical support to reach communities in the rural areas with vaccines,” said Amos Zaindi. These will be done via radio messages, discussions, and awareness messages on posters.

The Tropical Cyclone 2022 -2023 outlook by FAO forecasts that Malawi is likely going to be hit by five cyclones.