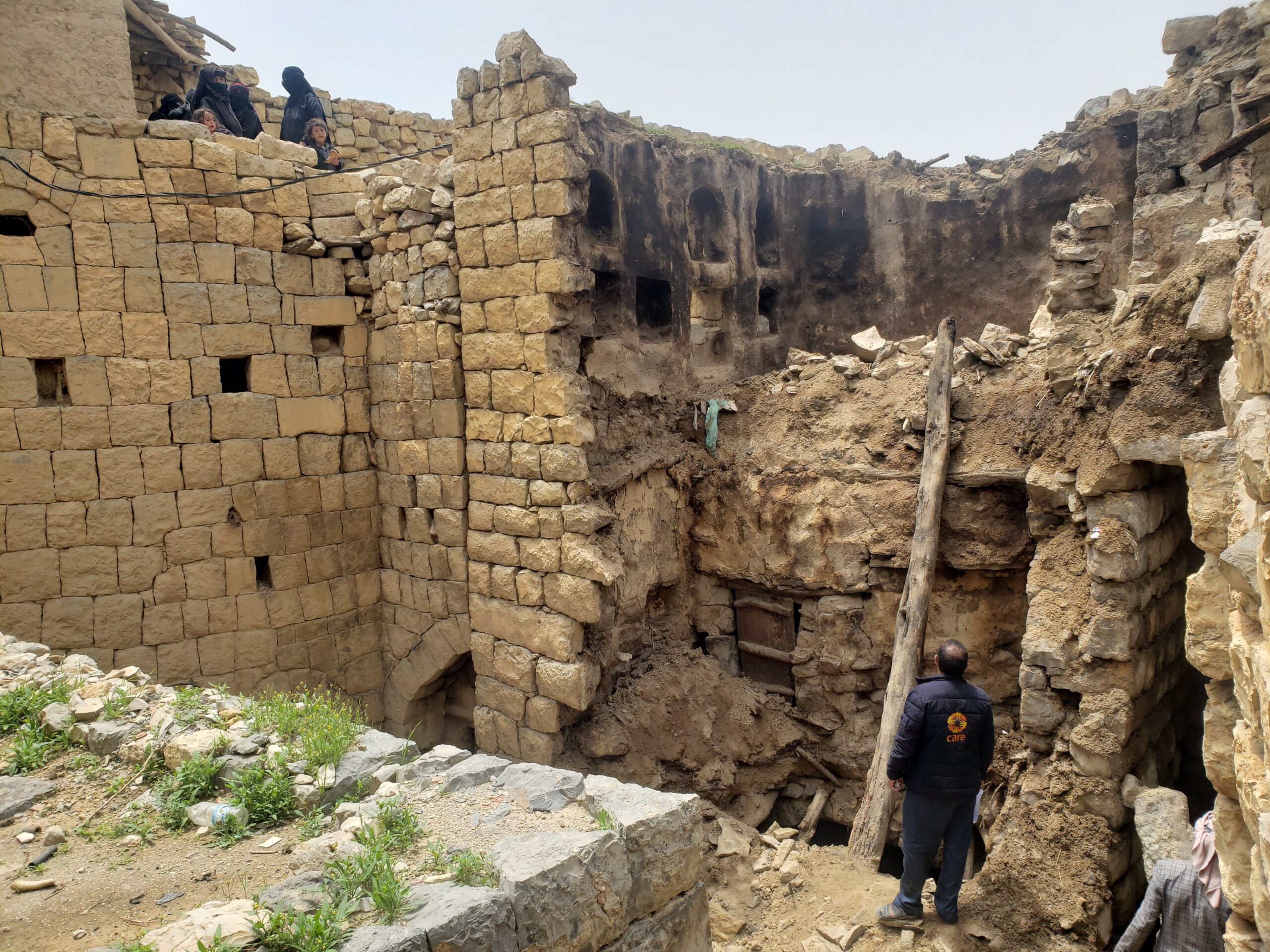 Thursday 18 August 2022 – At least 18 governorates across Yemen have seen the highest rainfall since July this year, with widespread destructive flash floods resulting in infrastructure, homes, food stock, and livestock being washed away. Nearly 30,000 families have been affected, and at least 91 people killed, a figure expected to rise, with many more injured or missing.

The most hard-hit governorates have been Hajjah and Mahweet in the northwest and Marib in central Yemen. However, with torrential rains forecasted to continue till 20 August, casualties and destruction figures are expected to rise further throughout the country.

“The country has been grappling with the impact of over 7 years of conflict, resulting in one of the highest populations of internally displaced people in the world. It’s therefore devastating to witness families who have been making do with the bare minimum, who have been living in tents for years, struggling to access the most basic of services, now have what little they had left washed away and destroyed,” said Bushra Aldukhainah, Area Manager for CARE Yemen’s office in Hajjah.

“Over the past days, we have mobilized our teams to respond to the most immediate needs of those affected. We have already provided 25 families with cash assistance and are preparing to assist 230 more families.”

However, over 15,000 families affected in Hajjah will need access to food, water, shelter, sanitation, and to replace damaged or washed away belongings. CARE and other humanitarian actors are working to ensure at least 4,000 families in Hajjah are provided with cash assistance to enable them to meet their needs.

“We recognize the scope of numbers affected means far more support is needed, and more funds need to be mobilized to avoid further suffering. This is a time when the people of Yemen have been trying to keep their spirits up with the truce. Dealing with years of conflict is hard enough, and now losing everything to natural disaster,” said Bushra.

At least 190 sites housing over 12,000 internally displaced families in Marib have been damaged by flooding, alongside the communities who have been hosting them.

“The floods came out of nowhere. I was sleeping with my five children in our shelter. At 3 am we were alerted in the neighbourhood about a hazard and woke up to water rising around us. I grabbed my children and rushed to higher ground. I left everything behind – documents, food, everything was washed away,” said Amani, a woman who has been displaced since she and her family had to flee their home in Hodeidah to Marib and is now impacted by the floods.

CARE is working to distribute several rounds of cash assistance to at least 500 families in Marib over a six-month period, to enable them to retrieve their lives as a result of flood damages. Additionally, 400 families will receive a one-time cash assistance payment to help them to buy the essentials they need, pending further support.

The scale of devastation means additional funding is urgently needed to support affected families who may be at risk of becoming displaced once again. In flood situations, the risk of waterborne diseases such as cholera and diarrhea also increase.

“People who have already been struggling have even seen their monthly food rations washed away,” said Veronika Cernikova, CARE’s Area Manager in Marib. “The needs are tremendous, but the coming weeks and months are critical in making sure affected families can pick themselves up and, at the very least, regain their lives to pre-flood days.”

CARE has been present in Yemen since 1992 and operates across 14 governorates, reaching 2.8 million people a year with food security and livelihoods, water, sanitation, and hygiene (WASH), reproductive health, women’s economic empowerment, and education programs. For more information, visit www.careyemen.org