Ukraine Humanitarian Crisis - How to Help People in Ukraine - CARE 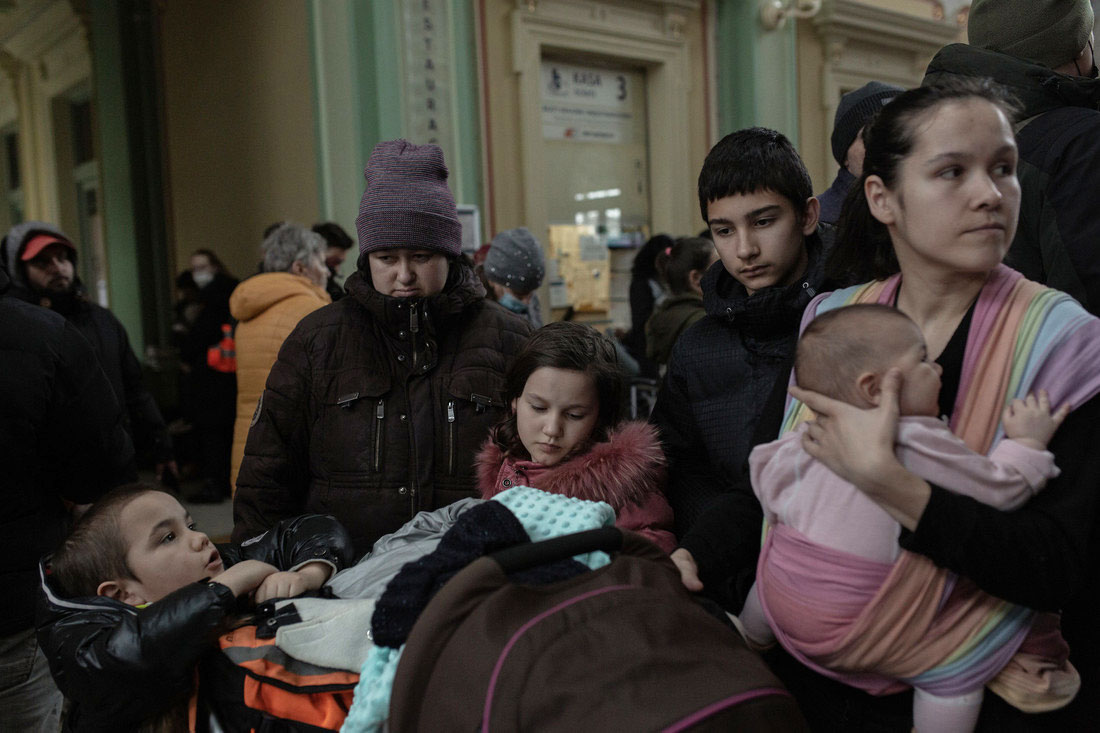 CARE and our partners aim to reach 4 million people with urgent aid.

About the Humanitarian Crisis in Ukraine

In the weeks after the onset of conflict in Ukraine in February 2022, the country’s humanitarian situation has surpassed even the worst-case predicted scenarios. Neighboring countries are seeing huge refugee influxes, largely women and children. More than 5.2 million people, 90% of whom are women and children, have left Ukraine in search of safety. The U.N. is estimating 18 million people will be affected by the conflict, including 7.7 million who are likely to be internally displaced. These figures are based on a volatile and fast-moving situation on the ground, with people urgently seeking safety.

Even prior to the invasion, years of conflict in the Donetsk and Luhansk regions of eastern Ukraine had left 2.9 million people in need of humanitarian assistance and displaced 1.5 million people from their homes. For Ukrainian refugees and internally displaced people, the most immediate needs include food, clean water, shelter and protection from violence, including gender-based violence. In addition to the ongoing conflict, other major challenges for displaced families include the freezing weather, COVID-19 concerns, and access to healthcare, especially for women and the elderly.

Poland is a primary destination for people fleeing the conflict, and the Polish government has set up reception centers and hospitals near crossing points on the 300-mile border. Romania has received more than 750,000 refugees. Other neighboring countries receiving refugees include Moldova, Hungary, and Slovakia. 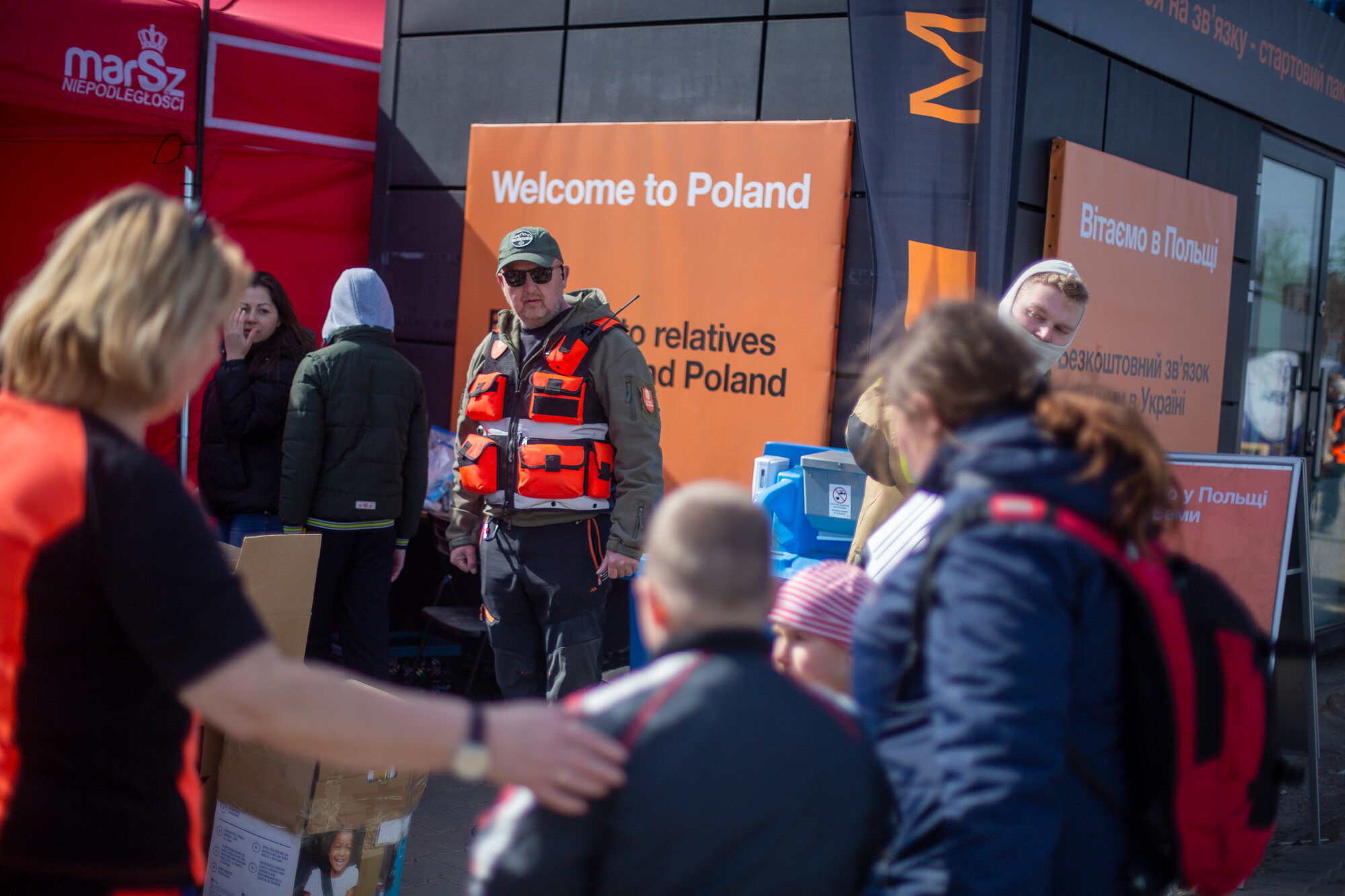 Watch recordings of our past Ukraine briefings

This briefing features updates from Michelle Nunn (President & CEO, CARE) and our partners in Poland. We hear about how we have been responding to the needs of millions of people fleeing the war in Ukraine, with a particular focus on our work in protecting women’s rights.

This briefing features real-time updates from Michelle Nunn (President & CEO, CARE) and our partners in Poland. We also hear about how the Ukraine conflict is exacerbating an already fragile global hunger crisis.

This briefing features updates and reflections from Michelle Nunn (President & CEO, CARE) on the time that she and CARE board members have spent in Poland. We also hear from representatives from the Ukraine House, a cultural center along the Polish border that has turned into a shelter for refugees.

How to Help Ukraine – What CARE is Doing

CARE has launched a humanitarian appeal to support the most vulnerable Ukrainians, particularly women-headed households and the elderly. Our goal is to provide life-saving assistance to 4 million people who have been impacted by the conflict.

Our priority is to meet the immediate needs of affected families through the distribution of critical food and water supplies, as well as hygiene kits, cash assistance and psychosocial support. To date, CARE has distributed food in Ukraine and Romania and assisted refugees and host populations in Poland and Romania.

We thank you for considering a generous gift to support these efforts.

Our January update tells the stories of Masha, a three-year-old who fled Ukraine with her parents, and three volunteers from the Ukraine House, a cultural center in Przemyśl, Poland that was converted into an emergency shelter.

As winter approaches, more Ukrainians are once again surging to the Poland border. This November 21 update explores how CARE is responding, and features a mother's story of life with her children after fleeing Ukraine.

The October 17 newsletter explores how Ukrainian refugees have stayed connected to their humanity and culture during war, and provides an update on refugee teachers seeking employment in Poland.

Since the crisis began in February 2022, CARE and its 56 implementing partners have reached almost half a million people across Ukraine, Poland, Romania, Georgia, and Germany. In this September 19 newsletter, CARE shares stories from volunteers.

According to the UN, more than 10 million refugees have fled Ukraine since February 2022. In this August 15 update, CARE shares three stories from Ukrainian refugees who are adjusting to life in Poland.

The July 18 update examines how CARE and our partners have been working with Ukrainian refugees in Poland, and assisting families with childcare and recreational programs during the summer months.

The June 9 edition of the CARE Ukraine Crisis Update focuses on how the conflict is driving a world hunger crisis, spotlights some program participants in Ukraine who have received food shipments, plus compares and contrasts the current state of the cities of Kyiv and Lviv.

The April 25 newsletter reports how donations are making a difference for those in need of help due to the conflict in Ukraine. CARE CEO Michelle Nunn and three board members visited the border region, where refugees are still crossing in large numbers, as well as CARE Poland’s operations in Warsaw.

The April 18 newsletter features a photo essay of Ukrainian refugees entering Poland as well as a story on a new program placing Ukrainian teachers and students into Polish schools.

This newsletter update highlights a resort near Lviv, Ukraine, that has turned into a refuge for displaced people, and features an interview with a psychiatrist who recently received training in trauma counseling to better assist Ukrainians.

CARE is working with carefully selected partners in each country receiving refugees, as well as inside Ukraine.

More Ukrainian refugees, most of whom are women, children, and the elderly, stream into Poland, Romania, Slovakia, and Moldova with each passing day. In this newsletter update, CARE shares the stories of some of these refugees.