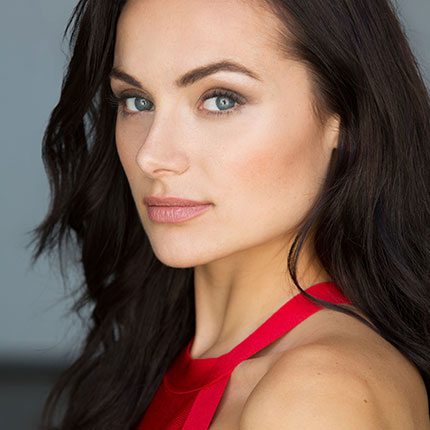 Actress Christina Ochoa (born Cristina Ochoa Lopez, in Barcelona) most recently starred in ABC’s dramedy series, A Million Little Things, and is known for her recurring roles in U.S. television shows such as Robert Rodriguez’s Matador and TNT’s Animal Kingdom. She recently starred as the lead in both SyFy’s grindhouse-cinema-inspired series, Blood Drive and The CW’s serialized military conspiracy thriller, Valor. She will be starring the upcoming ABC Latinx drama Promised Land.

Ochoa is the grandniece of 1959 Nobel Prize winner Severo Ochoa and daughter of acclaimed Spanish sculptor Victor Ochoa. Having spent her childhood between Madrid, Barcelona and Miami, she ultimately graduated from Santa Isabel La Asuncion (Madrid). Prior to acting, she went on to study Oceanographic Engineering in Las Palmas University in the Canary Islands and Advanced Marine Biology in James Cook University in Australia.

Ochoa began acting as a hobby, starring in theatrical plays in Washington, D.C. at the Little Theatre of Alexandria and quickly decided to pursue a career in performance arts by moving to Madrid where she attended the Cristina Rota Conservatory and Film Institute. Additional work in theatre and TV soon followed including roles in I Hate My Teenage Daughter, Modern Family, The Neighbors and Spain’s La que se avecina, as well as in films, including Cats Dancing on Jupiter. She is also the founder and owner of QE (Quantum Entanglement) Productions, responsible for the 2011 short film Stay with Me, which won awards (including Best Actress) at film festivals both in Europe and the United States. Ochoa’s special skills include scuba-diving, dance, fight and stunt-driving. She is also fluent in English and Spanish languages, and currently resides in Los Angeles.