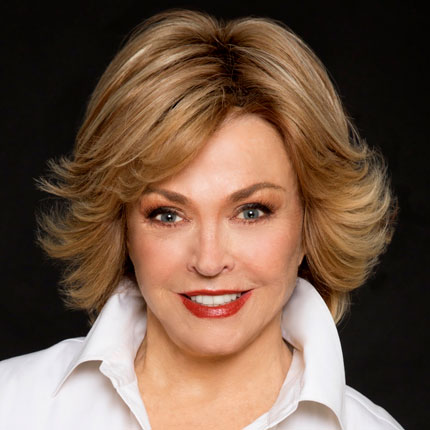 Throughout her groundbreaking career as a journalist, an award winning producer (38 Emmys, five Peabody Awards for Excellence, two nominations for Academy Awards), and as a media executive (first woman president of CNN Productions and of PBS), Pat Mitchell took the risks necessary to create change. In her memoir, “Becoming a Dangerous Woman: Embracing Risk to Change the World,” she shares her journey to bring down barriers and to break new ground for women. She defines “dangerous” as a commitment to speak out against injustice, to speak up for the underrepresented, and to show up for other women, noting that “you can’t be dangerous from the sidelines.”

Mitchell continues on the front lines of change, as co-founder and curator of the annual TEDWomen conference (watch her TEDWomen talk), as a leader of the Rockefeller Foundation’s Connected Women Leaders forums on climate justice, food ecosystems, global health and next-generation female leadership. She is also a trustee of The Skoll Foundation, a Sundance Institute trustee and former Chair of the board; Chair Emeritus of the Women’s Media Center and an Emeritus Trustee of the Mayo Clinic; a founding Board member of the VDay movement to end violence against women and girls and a trustee of the Woodruff Arts Center in Atlanta. She is also on the board of Participant Media and a member of the International Advisory Council for the U.S. Institute of Peace. She has served on the corporate boards of the Bank of America and AOL, and served as a congressional appointment to The American Museum of Women’s History Advisory Council. Recently, she returned to screens with an interview series called “Dangerous Women: Leading Forward,” powered by FINTECH.TV. Pat Mitchell signs all her communications “Onward!” and that word characterizes her past, her present and her future.