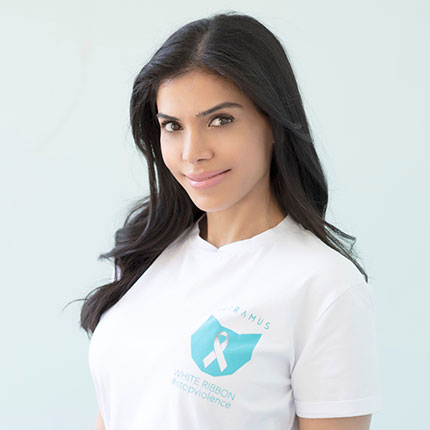 Sheila Shah is a producer, international actress and an advocate and humanitarian. Sheila is focus on projects with social impact and social change. Shah serves as an ambassador for the March of Dimes of Canada and is also an advocate and ambassador for CARE to help fight poverty by empowering women and girls. Sheila is a strong advocate and an ambassador of White Ribbon USA and White Ribbon Canada which is the largest in the world MALE initiative, to help against violence towards women and children. She has helped and given her voice to other organization such as David Lynch Foundation, United Nations and Go Campaign. In addition she has also hosted many NGO events.

Sheila earned a Bachelor Degree in Chemistry, a Post Graduate Degree in Pharmaceutical Regulatory Affairs, and subsequently worked in the pharmaceutical industry. She also graduated with an Associate of Arts Degree in Merchandise Marketing from The Fashion Institute of Design and Merchandising.