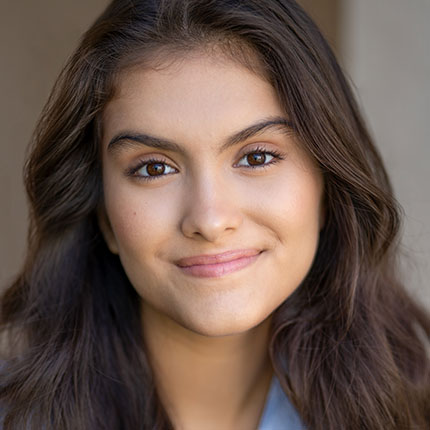 13-year-old actor and recording artist, Rita Angel Taylor, is an immigrant from Fortaleza, Brazil, one of the poorest and most violent areas in the world. Her dad, a Texan, moved his family to the U.S. when Rita was still a baby.

At six, Rita booked a guest spot on Nickelodeon show Sam & Cat starring Ariana Grande. Rita discovered her love and talent for singing and playing instruments after being inspired by Arianna and she quickly became the highest earning street performer in Las Vegas.

At the start of 2021 Rita has multiple tv guest star appearances and voice over jobs under her belt. Most recently she booked her first series regular role on NBC series La Brea.

Rita is also concurrently, with her film & tv aspirations, writing her own songs and working with one of the top music producers in the industry.

Rita is the youngest Ambassador for CARE. Supporting and bringing awareness to the plight of women and children in vulnerable areas around the globe as well as here at home.