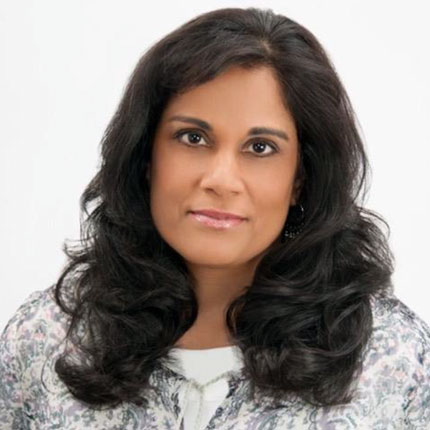 Whether it is a few team members or a complex coalition with hundreds of organizations, for the last 30 years, Ritu Sharma has gathered people together to pursue ambitious transformational change on gender equity. By inspiring and supporting others, she has been lucky to witness extraordinary impacts on millions of women and girls by changing how the U.S. and other governments support gender transformative programming.

Ritu founded Women Thrive Worldwide in 1998 to give women and families living in the poorest countries around the world a voice in the U.S. Congress and before executive branch agencies. Over 17 years Women Thrive grew into a broad, inclusive and impactful coalition that successfully altered numerous U.S. policies to benefit women and girls and promote locally-led development. These include the Millennium Challenge Account’s Gender Policy (2007), the White House Strategy to Prevent and Respond to Gender-Based Violence Globally (2012), and the U.S. Agency for International Development’s Gender Equality and Female Empowerment Policy (2012), to name only a few.

Ritu is the author of Teach a Woman to Fish: Overcoming Poverty Around the Globe, which tells the stories of remarkable village women with whom Women Thrive partnered to influence the highest levels of government. Melinda Gates said after reading it: “Ritu Sharma shows us what unites women around the world: devotion to their families, pride in their children, and a willingness to sacrifice for a better future…[S]he helps make the sometimes abstract concept of women’s empowerment concrete.” President Jimmy Carter endorsed the book saying: “Every citizen and lawmaker should read this book.”

Ritu has a long-time passion for learner-centered adult education based on the pedagogical philosophy of Paulo Freire, which centers on assisting people in critically engaging with their reality and uncovering how to transform their world. His principles have guided the capacity building and coaching she has provided for leaders in multiple countries as well as the strategic consulting services she provides to international organizations through her firm, Radiant International.

Prior to Radiant, Ritu directed the International Youth Foundation’s Global Center for Gender and Youth. Ritu also designed and facilitated IYF’s 2018 organization-wide strategic planning process, which gathered input at multiple points from more than 175 staff globally and was grounded in participatory analyses of the technical state-of-the-art for each of the organization’s areas of work. Over six months, IYF overhauled its program focus, organizational structure, mission, vision and values.

Since August 2019, Ritu has been supporting international NGOs in making gender, diversity, equity and inclusion living breathing principles in all parts of their organizations, including in policy advocacy and programs. She also designed and delivered numerous advocacy trainings for developing country civil society leaders around the world. Ritu holds a degree in international economics from Georgetown University’s School of Foreign Service, a Masters of Public Health from the Johns Hopkins University’s Bloomberg School of Public Health, and is a Certified Diversity Professional.

When Ritu is not advocating, consulting or training, you’ll find her on a sailboat or in a kayak on the Chesapeake Bay.