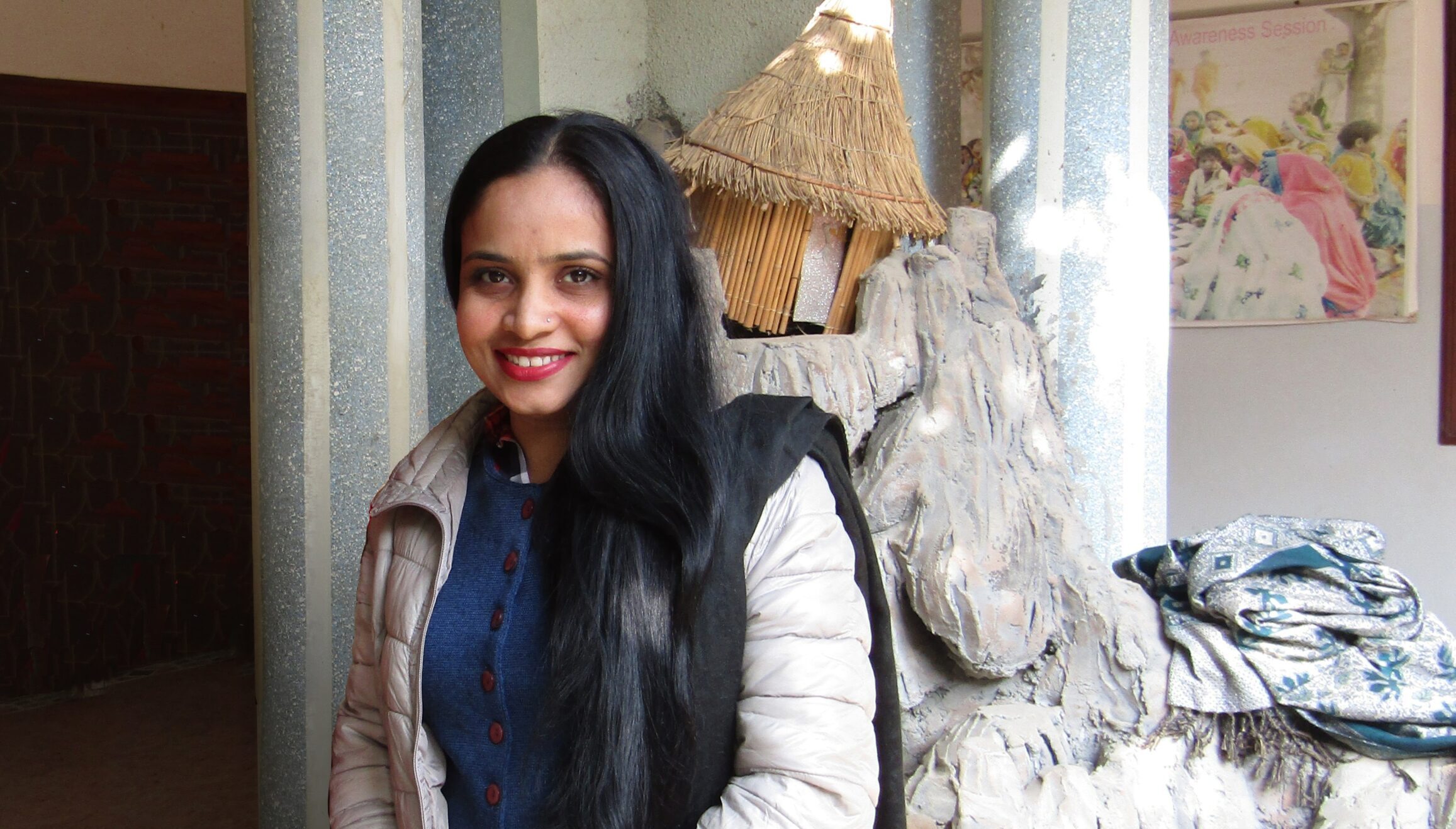 Shanti's work to raise awareness of harmful practices like early marriage has kept more girls safe and in school.

Shanti Lal, 39, is from Sindh province in Pakistan and lives with her husband and two sons. Unlike many other women in Pakistan, Shanti was fortunate to have parents who supported all of their seven children, including their daughters, to pursue an education.

“Being a girl, I gained a higher education despite the local taboos of not sending girls to school,” she says. “Among my friends, I was one of the lucky few who achieved this. People were not happy that I was sent for higher studies to another city, they did not appreciate that I got a job and was working with men. I was fortunate that my parents encouraged me at every step of my career.”

Shanti has worked in community development for 17 years and is currently the Program Coordinator for the Parkari Community Development Program, which promotes girls’ education and raises awareness of civil and human rights. The organization serves one of the most marginalized communities in Sindh, where women make up less than 16% of the labour force, compared to over 21% in the rest of Pakistan.

Shanti identifies skills and knowledge within communities, helping them to use their skills more effectively. The Parkari Community Development Program represents community members’ needs with government or supports them through training to understand their basic rights.

I have experienced people not wanting to hear about the importance of women’s rights, but slowly we have started to change people’s mindsets and gain their trust.

Since Shanti’s organization connected with the Every Voice Counts (EVC) program, she has seen stronger links being developed with the government. Following training, her organization has also been able to raise awareness on harmful practices, such as early marriage within the community, resulting in a reduction in child marriages.

As part of the EVC program, District Engagement Groups were formed in Pakistan to better connect communities with public authorities. Shanti is a member of one of these groups, alongside representatives from six other civil society organizations. “The main activities of the groups are to lobby district and provincial public authorities on the implementation of laws related to women, such as the Sindh Child Marriage Restraint Act 2013.” Shanti proudly lists all the achievements of the group, which include the establishment of a district monitoring committee to monitor early marriages, identifying budget for safe houses for women, and training for the police to properly enforce the Child Marriage Restraint Act.

Shanti is passionate about helping communities advocate for themselves and, in particular, about women having a voice. “I have experienced people not wanting to hear about the importance of women’s rights, but slowly we have started to change people’s mindsets and gain their trust,” she says. “Families are now supporting their daughters to have an education.”

“I want to help communities to become stronger by receiving an education and for women and girls to receive their basic rights. People are now well aware of their rights and are more confident and independent to take initiative and resolve women-related issues by themselves. My message to other women is to be strong, independent and know your rights.”