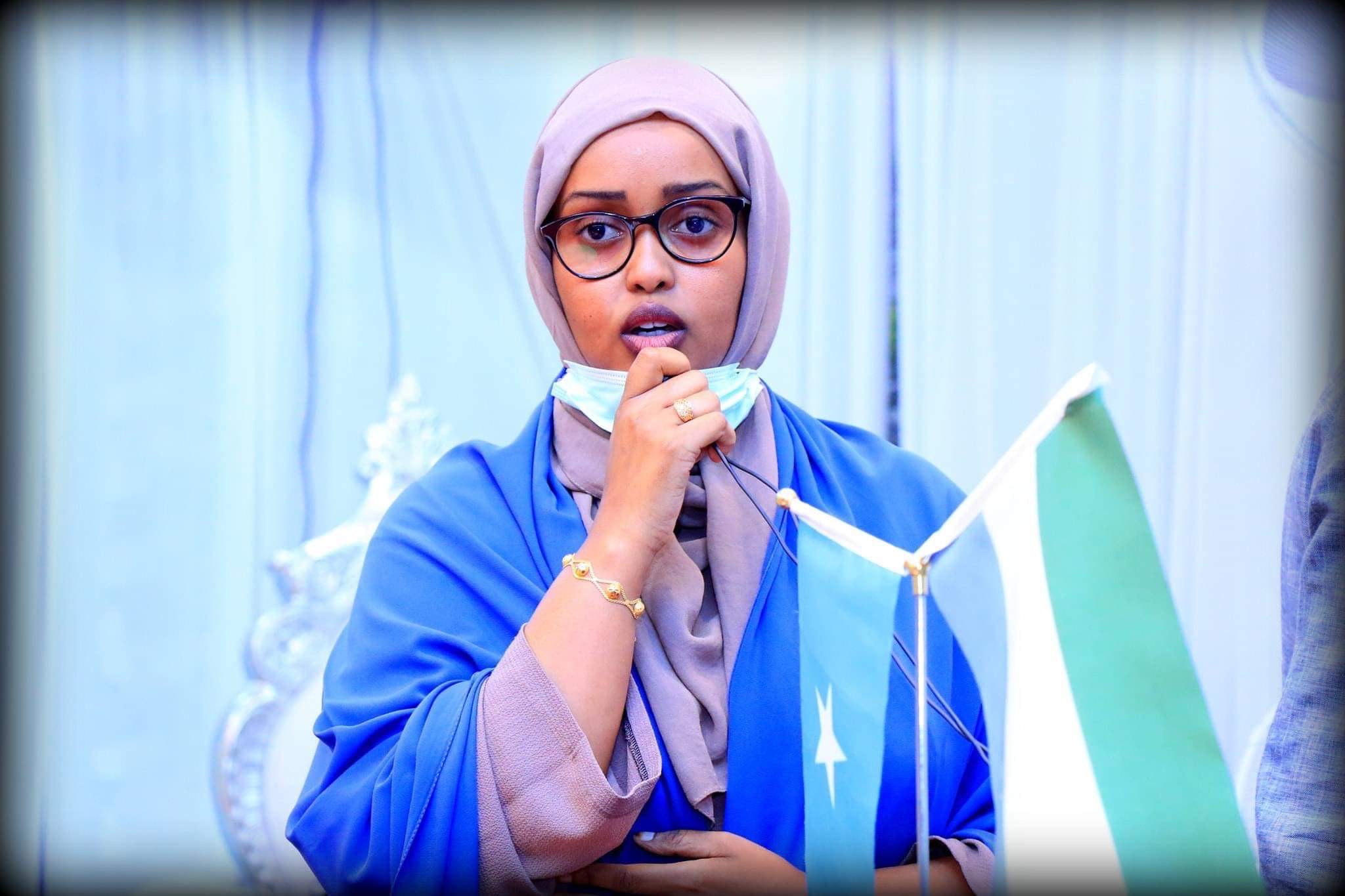 Hodan Said, 27, based in Garowe, Somalia, is the Deputy Minister of the Puntland Ministry of Labour, Youth & Sports. She was fortunate to grow up with parents who supported her education. “I was blessed to have a loving and supportive family, which many of my peers did not get. That has given me opportunities to do well in life,” she says.

When the Every Voice Counts (EVC) program started in Somalia, Hodan worked for the Ministry of Internal Affairs & Democratization in Puntland. In this role, she witnessed EVC connecting young people with government officials, giving them the opportunity to contribute to decision-making. Hodan herself participated in EVC forums focused on the importance of including women and youth in politics. “The program motivated and energized me,” she says. “At the time, I was involved in building the local councils in Puntland. The highest number of youth are now in Puntland Parliament and that is a huge achievement. I think that EVC has contributed to that through its awareness raising and trainings. EVC has given youth the courage to run for political office and get elected.”

Hodan has since become a role model within the EVC program and beyond, representing the possibilities for young people, particularly women. “It is different when you have someone like you representing you at the decision-making table,” she says. “I understand the situation of women and youth and will fight for them.”

Hodan is clear about what holds young women in Somalia back: leadership. “The greatest barrier to young women having their voices heard is the attitude of clan elders. They prefer men and discourage and discriminate against women seeking office,” Hodan says. “I have seen many well-educated, trusted and experienced young women being held back because clan members and communities are against women participating in decision-making processes.”

As both a power holder and a young woman, Hodan recognizes the impact she can have. Through meetings with clan elders and communities, Hodan has persistently advocated for the inclusion of women and youth in decision-making. “When we were working on the selection process for local councils we were provided with lists of male-only prospective councillors,” she explains. “Sometimes it took many days to convince elders to include women in the selection process. I have contributed to changing attitudes and a great number of female councillors were ultimately nominated, some of them reaching deputy mayor. I have contributed to changing the belief in our society that women cannot achieve or contribute to the public sector.”

Hodan is no stranger to these barriers herself. “I have faced some resistance, challenges and discrimination from both colleagues and family. I sometimes faced workplace hostility and was excluded from some work because of my gender,” she shares. “I overcame that resistance through persistence and a proven record of good performance.”

Hodan’s advice to other young women seeking office is to connect with and contribute to the community. “They need to show persistence, patience, teamwork and decision-making skills when running for political and public office. I am also encouraging women who hold office to set a good example.”

As a young woman in public office, Hodan remains ambitious for the future, concluding: “My ambition is to reach higher positions of public service to be able to affect positive changes in the lives of my community.”