Building back better for gender equality 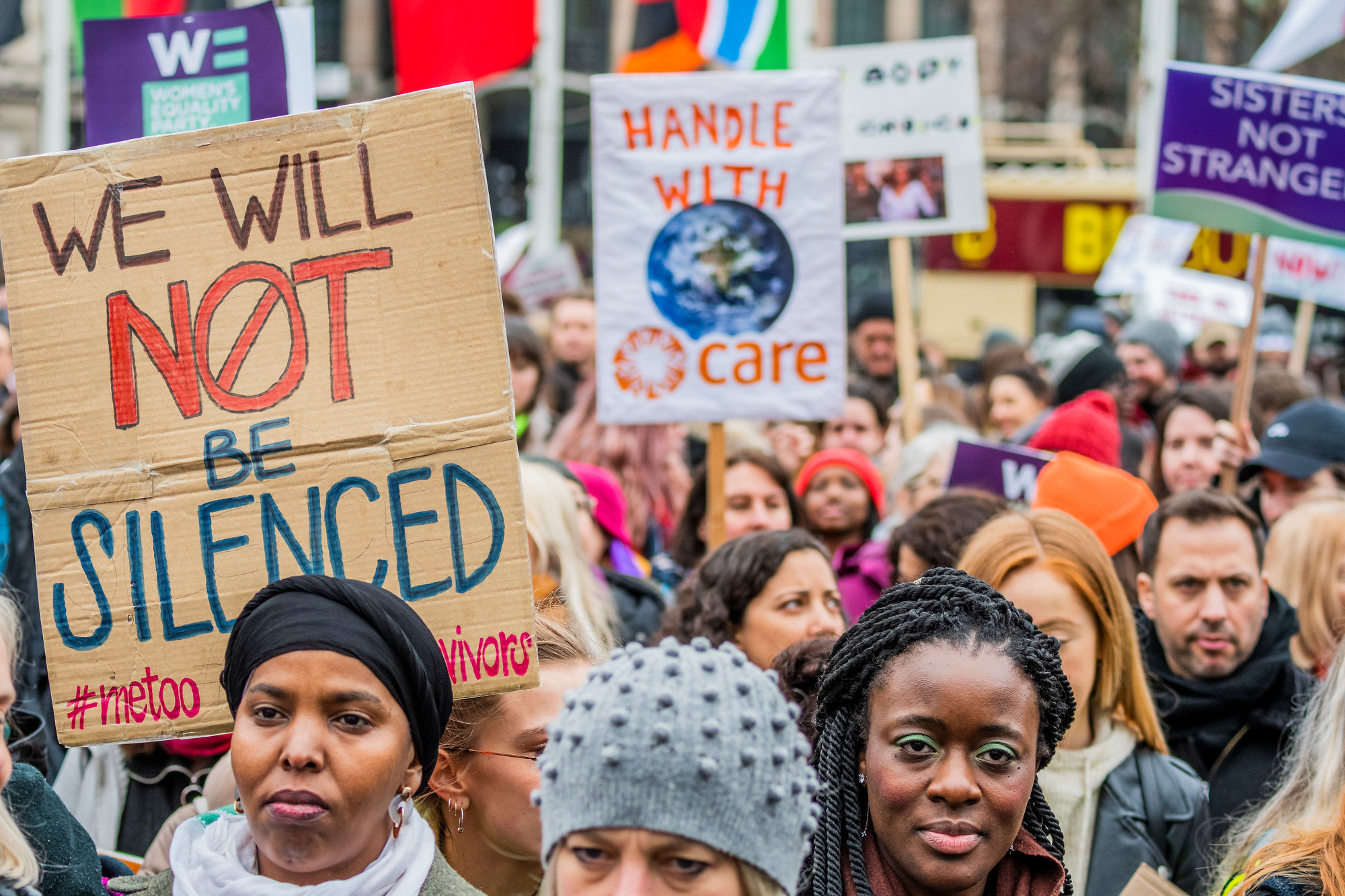 Four years ago, millions of women around the globe were readying for the Women’s March that would mobilize over 4.5 million people[1] worldwide.[2] This historic moment — organized by women, led by women, lifting the voices of women — called on the then one-day old Trump Administration and governments around the world to recognize a broad range of rights, spanning from gender pay equity to advancing environmental justice.

Although global activism has continued, progress has too often stalled, and hard-earned gains were reversed, particularly on women’s reproductive rights, violence against women and girls, and the disproportionate impacts of inequality on Black, Indigenous, and other women of color.

COVID-19 offers the latest example of how failure to act in support of gender equality can set back decades of progress — whether it is the disproportionate COVID-exacerbated loss of women’s jobs, stunningly high increases in gender-based violence, or the growing burdens of unpaid caregiving responsibilities, gender inequality constrains progress and prosperity. The past four years have underscored an undeniable truth: women and girls face systemic inequalities that make the impacts of poverty and humanitarian crises worse.

President-elect Joe Biden and Vice President-elect Kamala Harris have a unique opportunity to lead through policy and by example. Already, they are advancing the unprecedented representation of women and communities of color in the highest ranks of government. To date, more than half of the people nominated or appointed are women. They each possess tremendous intellect and skill and have earned the opportunity to help lead our nation. It is also time for the United States to stand firmly behind women and girls around the world who are leading for equality and prosperity in their own communities and nations.

The incoming administration has a chance to “build back better” as their motto goes by facing gender inequality head on. President-Elect Biden has an opportunity to not only restore American commitment to gender equality and women’s rights, but to redouble those efforts with a bold vision for change starting from day one. It is encouraging that he has already pledged to establish a White House Council for Gender Equality to elevate this issue and make it a genuine cornerstone of U.S. domestic and foreign policy.

This Council, to be comprised of diverse experts and practitioners, should be equipped with robust funding to drive the development and implementation of a government-wide strategy to achieve gender equality both at home and abroad and support new, innovative initiatives to press forward the global goal of women’s and girls’ empowerment.

The President-Elect also has the opportunity to build upon his significant record of standing up against gender-based violence, by establishing a new cabinet-level Presidential Task Force to Prevent and Respond to Gender-Based Violence Globally equipped with the authority and resources needed to elevate this issue and catalyze a sea-change in global efforts to address this abuse. This initiative aligns with the vision President-Elect Biden shared just last night in his COVID response plan, noting the importance of addressing GBV in the international response to the pandemic.

There has never been a more important time for the Biden-Harris Administration to take definitive steps forward in ending this chronic problem. Leadership like this can make a difference, as we have seen when the United States put the weight of its resources behind broad global initiatives like PEPFAR or combatting human trafficking.

The work of the White House Council and the Presidential Task Force must go beyond symbolic gestures and focus instead on embedding a deep, enduring commitment to the rights and advancement of women and girls into United States’ foreign policy across all our diplomatic, development, humanitarian, and foreign assistance engagement. The theory underlining these proposals is clear: to achieve genuine impact on some of the most pressing problems of inequality, poverty, and social injustice today, our leadership, including Congressional leaders, must take bold action. Bringing the power of U.S. government influence and resources to addressing gender inequality globally, including the particularly pernicious practice of gender-based violence, opens the powerful possibility of catalyzing authentic, sustainable change for women and girls worldwide.

The United States has a long history of standing against gender inequality and we are at a moment in time when we must intensify these efforts, not retreat or default to symbolic initiatives. The Biden-Harris Administration should build upon that legacy and stand in solidarity with those who have never stopped marching toward the promise of global gender equality. It is not just the right thing to do; it is the best and most pragmatic way to advance human development and security around the world and to reestablish the United States’ commitment to the rights of women and girls globally.