Can the chief be a woman? One DRC village says “yes.” - CARE

Can the chief be a woman? One DRC village says “yes.” 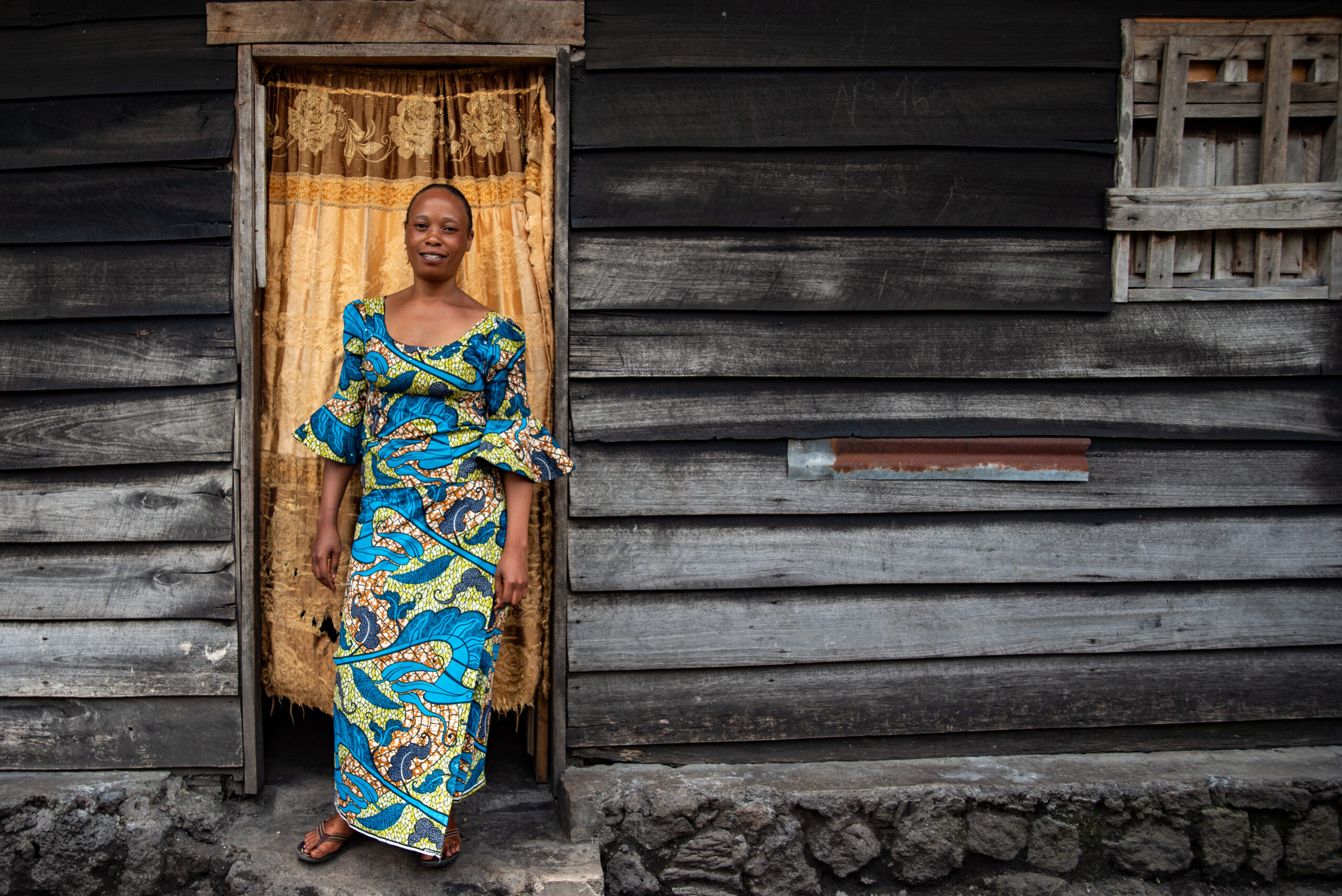 All photos by David Mutua/CARE

All photos by David Mutua/CARE

Several tribes and communities in Democratic Republic of Congo (DRC) still believe administrative leadership roles are the preserve of men. There are heated debates and arguments that power and leadership should be passed from father to son. And as a result, many do not believe women can lead.

This is where Heveline Mapfumo comes in. This 25-year-old mother became a refugee in her own country simply for asserting her rights. After fleeing Masisi, the village of her birth, she found sanctuary 50 miles away, moving to Ndosho District, Goma, to her grandmother’s wooden, iron-roofed house.

Following the death of her father – the Mwami (chief) – several years ago, the council of elders appointed Heveline to be the chief. Since she was underage, her uncle was installed as the custodian and was required to surrender the position to Evaline when she was old enough. But this was not to be.

“When I became 18 years old, I was happy because I could now take up the role my father and the chiefs had left to me,” Heveline recalled. “At that point, my uncle refused to hand over the leadership role bestowed upon me. When I started actively pursuing it, my life was threatened. Fearing that I would be killed, in September 2020, I abandoned my studies and fled from home with my children to come here and stay with my grandmother.”

It is this line of thinking that caused the dispute between Heveline and her uncle despite the wishes of her father and the appointment of the council of elders. “In my village and territory, women are not allowed to say anything in front of men let alone hold positions of authority,” she added. 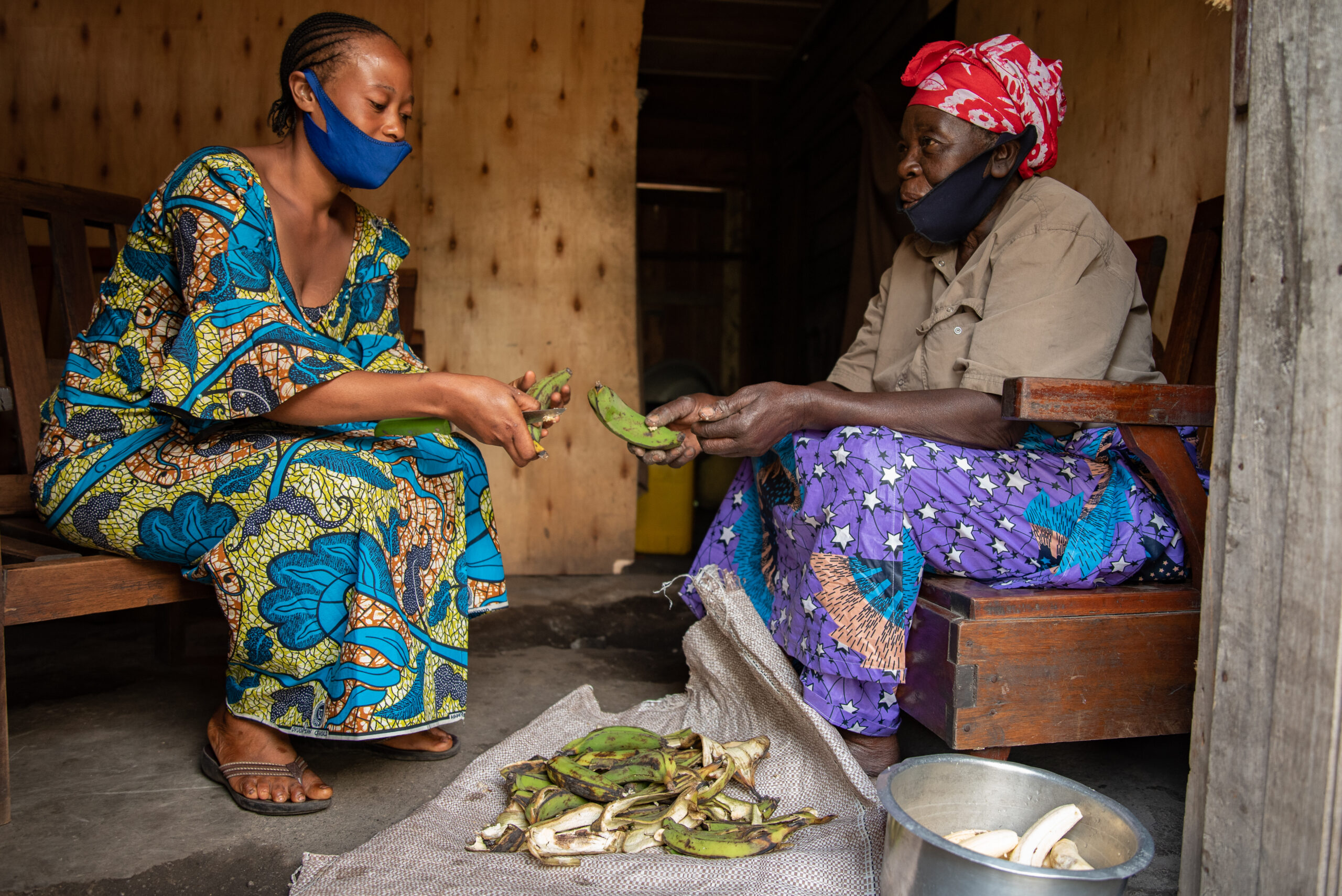 Heveline Mapfumo skins bananas with her grandmother, Bauma Shabira, as they prepare a meal in Ndosho, Goma.

Despite this setback, Heveline did not give up her pursuit of what was rightfully hers. From the safety of her grandmother’s home, Heveline went to the government’s Customary Affairs division to lodge her complaint.

Once the complaint was accepted, the customary guardians, the royal family at large, and the wise men of the village were called, and this is how both Andre Mirimo (an official with Customary Affairs) and CARE came into the picture. “CARE supported us, and we went down to Masisi to map the conflicts because we have other cases where women’s rights have been affected,” he said.

In addition to his official role, Andre Mirimo happens to be a member of the Men Engage program which includes traditional authorities, religious authorities, and community leaders among its participants. The program seeks to raise awareness among men with the goal of having them ensure women’s rights and laws are upheld within the community.

“We educate men to consider the woman as an ally and not as an adversary,” said Sylvia Wendo, acting project manager, Gender Equality and Woman Empowerment Program for CARE DRC. “At the structural level we work more with the authorities, because we know that when there is a complaint it is to [them] that the woman must address herself to.”

“We educate men to consider the woman as an ally and not as an adversary.”

Following arbitration, Heveline received a favorable ruling, with no one filing an appeal in the 30-day post-judgment window. Now, after seven-year-delay, Heveline will assume her rightful role as chief, an event supported by CARE DRC.

Heveline already knows the challenges she will seek to address: “Our roads are quite poor and dilapidated,” she said. “The other issue is education. Children are not able to pursue their studies due to constant conflict. Insecurity is a major issue that is plague the residents of my village and it will need to be addressed urgently. People can’t visit their farms and as a result, they do not get access to food. When I see that I feel a lot of pain.”

Not content to remain a rare woman chief, Heveline also called on women and girls to pursue education, and join hands in community development. “To those who feel like they have been denied their rights, I call on you not to be afraid but to be valiant to fight for your rights.”