Social Behavioural Change Communications Campaigns: The Power of Context in a Fast-Changing Environment

How CARE Czech Republic became a part of a fascinating learning process through a global partnership with Meta, formerly Facebook.

CARE Czech Republic has had a unique opportunity to join a pro-vaccine digital campaign that arose from a collaboration between CARE and Facebook. Learn more about the global initiative here.

Round 1: Getting to know the context

At the beginning of May 2021, only 21 % of Czech citizens were vaccinated, so we began with the aim to reduce Covid-19 vaccine hesitancy in the country. CARE CZ started building up a communication strategy. After learning the fundamental principles of running social behaviour change communications campaigns on the Facebook platform and conducting a thorough analysis of the Czech social environment, CARE Czech Republic’s first animated video ads were launched. 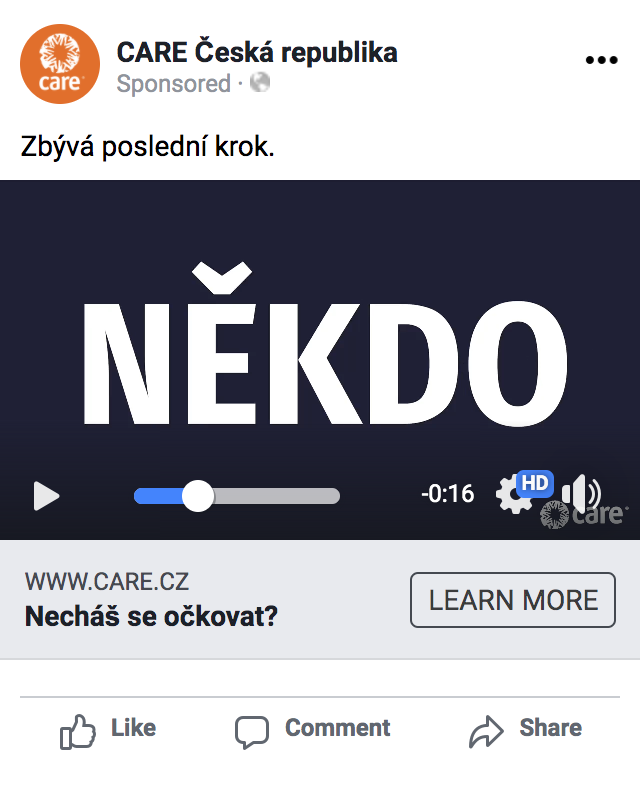 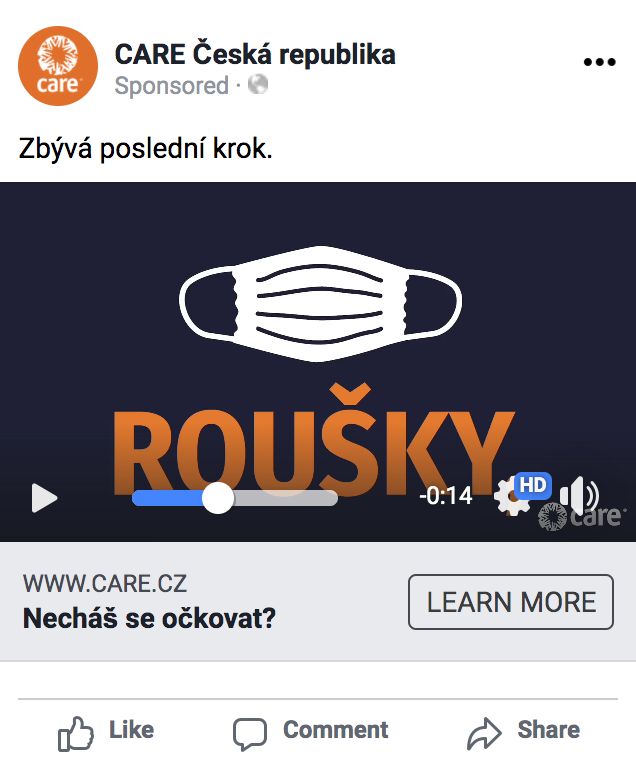 Our strategy was to create short, memorable videos with bold graphics and fast-changing text to grab the viewer’s attention. The campaign ran for three weeks and reached 1,166,303 Facebook and Instagram users. 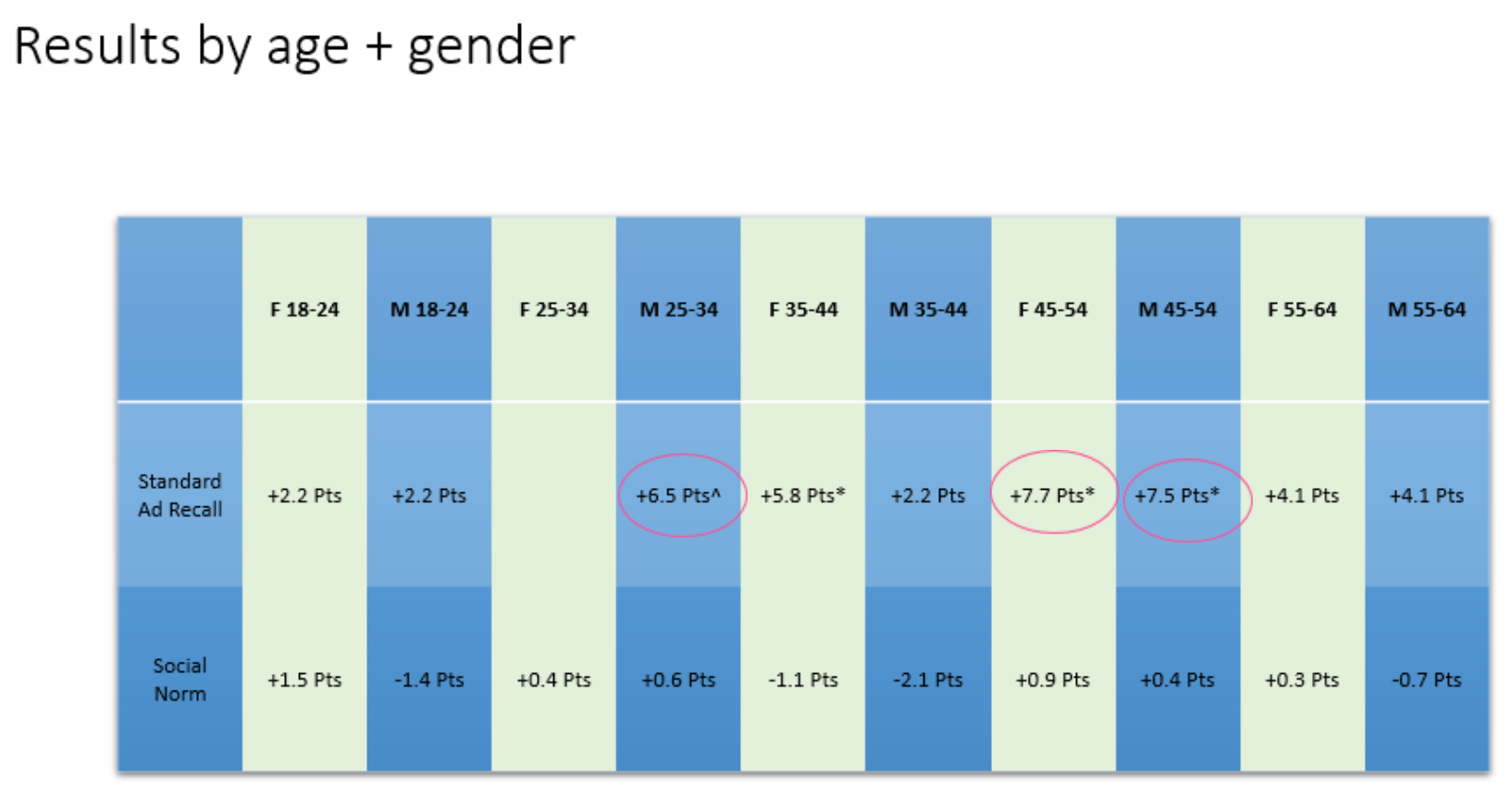 Using Facebook’s brand lift tool, we surveyed an audience exposed to the campaign and not exposed to look for a difference in their attitudes towards behaviours known to prevent COVID-19. Because research shows that people’s knowledge, attitudes, and behaviors can be shifted by increasing their perception of social acceptance and norming, we hoped to see a 2-point lift or better with our audience, meaning that the people who saw the campaign were more likely – by two percentage points or more – to express positive attitudes toward the promoted behavior or question. While we met and exceeded that goal in ad recall, we didn’t meet the target in seeing a difference in attitude or behaviour around the social norms related to prevention as we had hoped. While our bold graphic ads were memorable, perhaps they left viewers with a slight impression of impersonality. It’s possible that because our target group could not directly relate to other people, because there were no real faces in the ads, that they didn’t become fully convinced to trust the messages. CARE will continue to learn from this process and seek to apply these learnings to the design of future campaigns.

Based on the findings from the first round of the campaigns of both CARE CZ and other CARE country offices, CARE Czech Republic significantly modified its creative approach for its second campaign. It became clear that designing effective online Social Behaviour Change Campaigns can be quite tricky as they are strongly connected to subjective emotions, compassion, and trust. 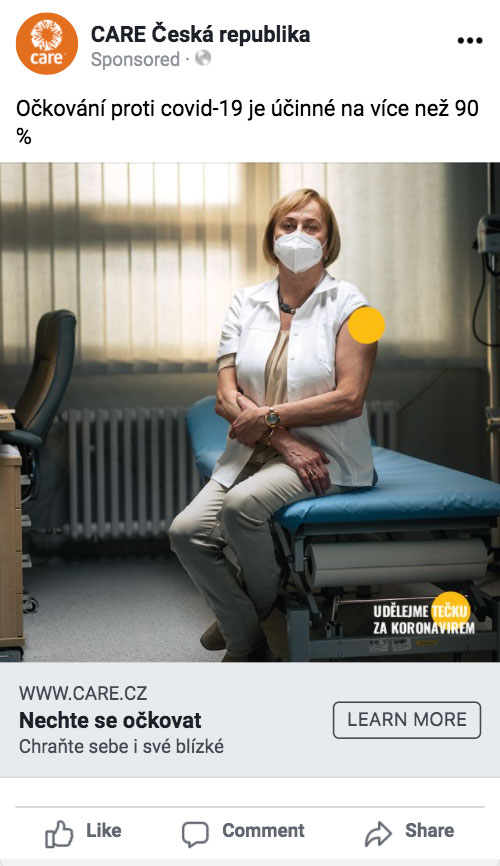 Letting people know that their problems are well-understood and offering a final solution were proven effective in the initial phase of the campaign conducted by the government at the beginning of 2021.

Round 2: The power of precise timing

The second round of the CARE CZ campaign using the government’s trusted messenger approach was carefully planned and launched in August 2021. Technically, the campaign performed well based on BLS findings.  However, this time national context and external impact strongly affected the campaign results.

People in the Czech Republic were enjoying a peaceful summer with almost no restrictions, let alone lockdowns. Moreover, with important national elections coming up, media were suddenly full of political campaigning focused on topics unrelated to COVID, leaving the pandemic all but forgotten.

Sadly, that’s the very moment that CARE CZ’s trusted messengers campaign was launched and delivered to people who felt like the problems mentioned in the ads were already in the past. Therefore, the relative power of the messages and the final impact of the campaign were affected.

Again, the campaign ran for three weeks and reached 1,394,292 Facebook and Instagram users. CARE CZ’s ad recall was high among men and women in the 25-34 year-old age group, but achieving a 2 point lift around the importance of the vaccine was more elusive, though we came close with a 1.7 point lift among male 25-34 year-olds.

Of the 2.5M people reached with vaccine messaging over the course of our two campaigns, 5,000 more people, particularly men ages 25-44, expressed confidence that the vaccine was important, compared to the control group. These findings illustrate that online social behaviour change campaigns have the potential to influence knowledge, attitudes, and behavior and may be a more powerful tool when deep understanding of the context and precise timing is ensured.

CARE CZ’s involvement in the global campaign helped our team develop new skills and capabilities in a field that may help all of us to fight the pandemic more effectively. Even though the results of both campaign rounds were influenced by outside factors, the BLS findings showed a difference in attitudes among exposed and unexposed groups, indicating that the campaign may have had an impact on the behaviour of the target groups and contributed to decreasing vaccine-hesitancy. Today, 58% of Czech citizens are now vaccinated. Still, at the very beginning of the fourth wave of the pandemic in the Czech Republic, it is clear that there is still a need for action.

In July, CARE USA ran a series of Facebook ads featuring faith leaders. After the success of this campaign, CARE conducted two more experiments: a re-run of the ads in the same states with a more specific targeted audience, and an expansion of the campaign in 12 additional states.

Through a groundbreaking partnership with Facebook, CARE Country Offices have begun to understand what kinds of messaging works best to increase COVID prevention behaviors and vaccine acceptance.