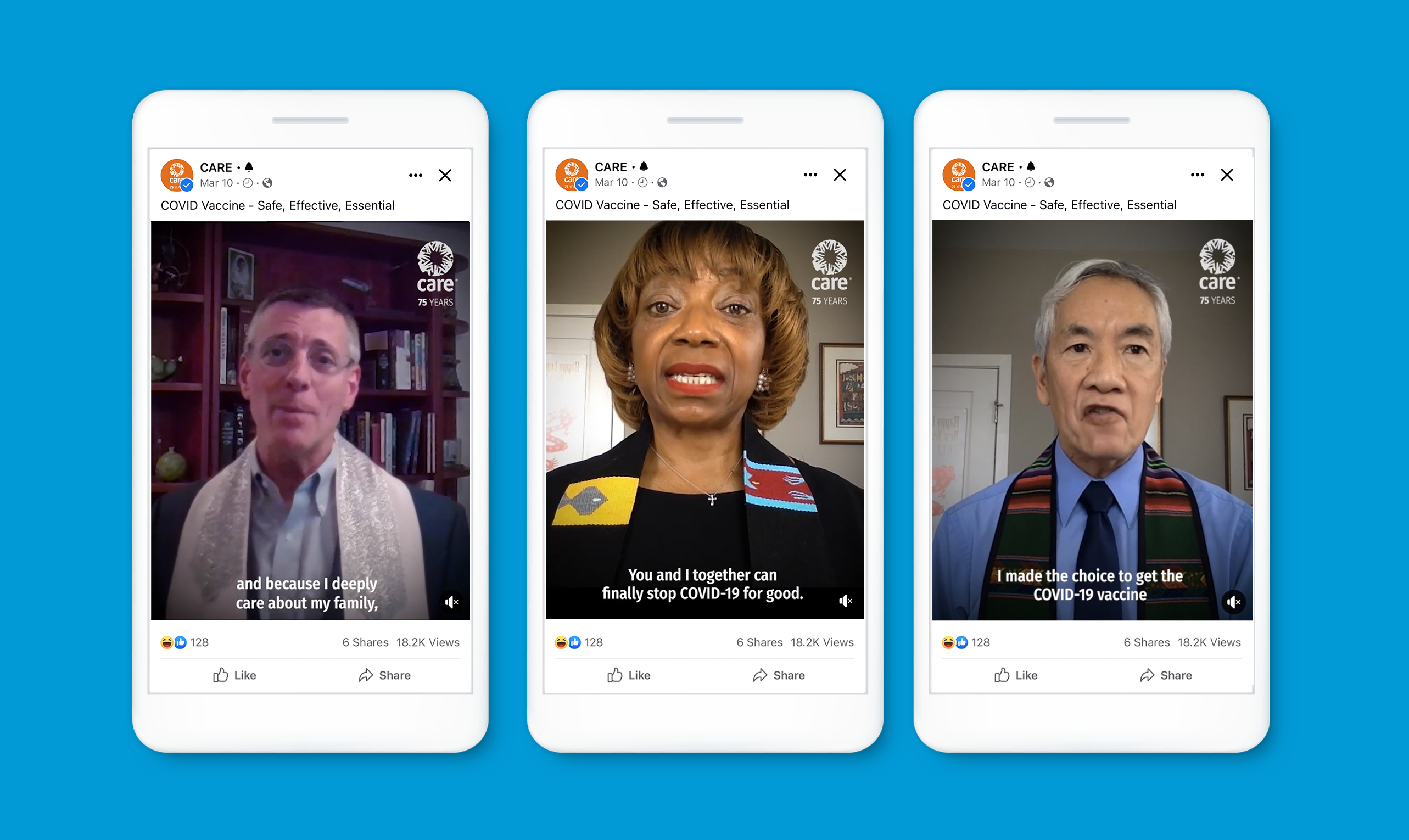 In late spring 2021, CARE launched a social behavior change campaign (SBCC) in partnership with Facebook to improve our shared understanding of how to apply social and behavior change communication strategies to social media campaigns and drive positive public health outcomes in the channel.  As the Delta variant spreads, and COVID cases spike to levels not seen since last winter, we have looked to community leaders to help remind their constituents that COVID vaccines are safe and effective ways to stave off community spread and severe illness.

In July, CARE USA ran a series of Facebook ads to test which messengers – healthcare providers, celebrities, or faith leaders – would drive more vaccine acceptance. We were surprised to learn that the faith leaders outperformed the other two messengers, particularly since reports from other sources such as the World Health Organization (WHO) indicated that healthcare providers showed the best results. 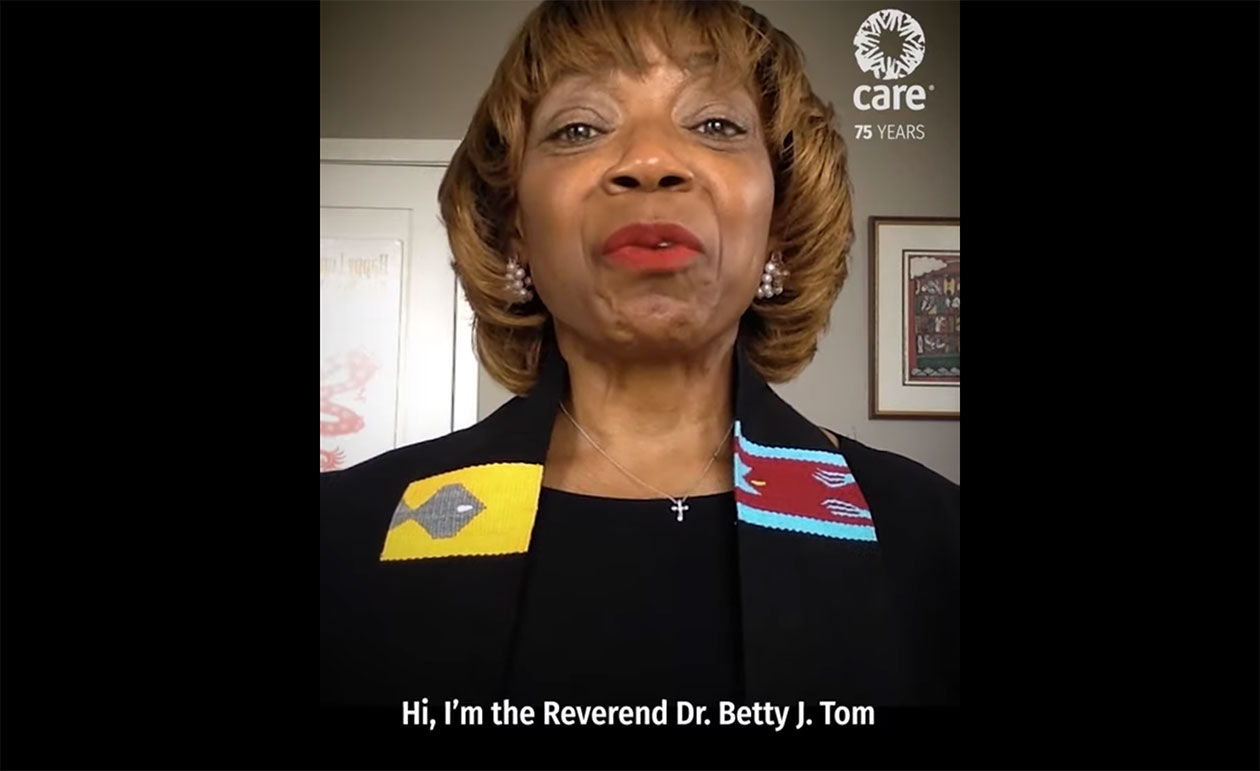 Typically, a benchmark for success using Facebook’s lift study tool is to achieve a +3 point lift or better. CARE’s faith leader ads in the original campaign saw the following increases in belief that the COVID-19 Vaccine is safe:

Because the faith-based ads were so successful, CARE re-ran them in the same states, specifically targeting 25–34-year-old men and 35–44-year-old women to see if we could reach a larger percentage of those populations in those states.

CARE also expanded the campaign by running it in 12 additional states selected as the next most hesitant. The expanded state campaign included Alaska, Arizona, Florida, Iowa, Kansas, Michigan, Minnesota, Nebraska, North Carolina, South Carolina, Texas and Wisconsin. In the expanded states, the faith ads targeted men and women 18-65 similar to the original test.

Re-Running in the Same States

Retest Faith creative in the gender/age groups where brand lift was highest.

Limiting the audience to 25–34-year-old men and 35–44-year-old women in the states where the ads had been successful with these groups on the first run produced less than stellar results. The campaign underperformed the original in several ways. Most notably, it did not show a measurable brand lift as in the first run of the campaign. We also saw a notable decrease in communication indicators of click-through rate (CTR) and engagement rate.

On a positive note, the ad’s CVR (conversion rate) – those that clicked through to a landing page that directs people to the CDC’s vaccine finder page – was 2.56% – a 124% increase over the CVR in the initial campaign.

While the campaign didn’t perform as well in the 12 additional states as the initial run, the campaign in the expanded region did perform better than the re-run in the original states.

Overall, the expanded state campaign saw a +1.9 point lift in their belief that getting vaccinated is important.

The expanded states campaign outperformed the re-run in that:

It’s difficult to know for certain why the campaign underperformed in the second round. Was it because we had already reached those that could be converted by these messages the first time around? Was it because something had shifted in the public mindset related to the vaccine in the weeks between the two campaign runs?

Recently a well-known evangelical pastor and author reached out to CARE with a willingness to lend his voice to our work to reduce vaccine hesitancy. With his help, CARE is considering testing a more targeted faith-based campaign led by evangelicals interested in increasing social norms around vaccine hesitance within their faith communities.