Verifiable Identification and the Future of Humanitarian Aid - CARE

Verifiable Identification and the Future of Humanitarian Aid 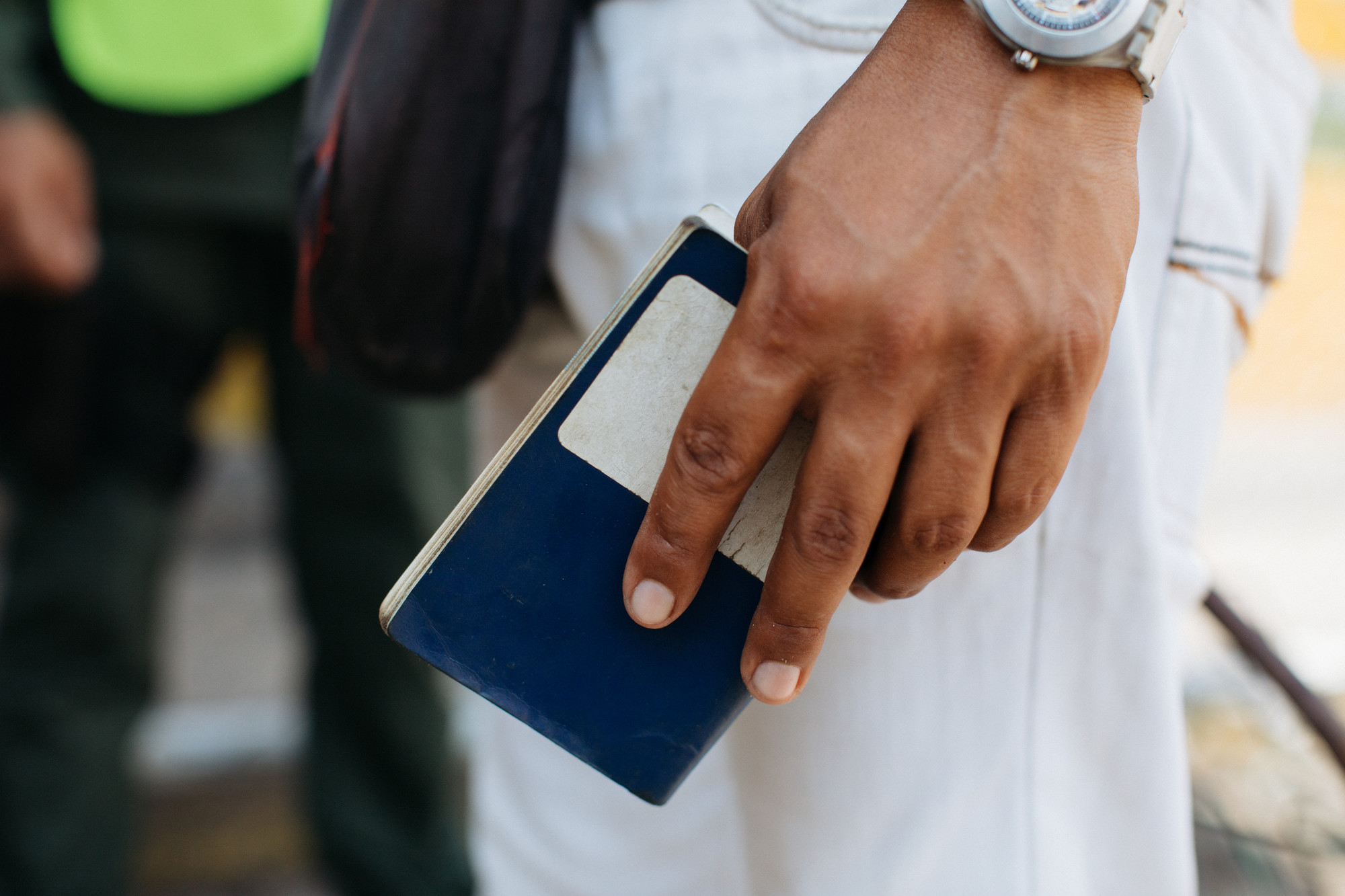 If the future of humanitarian assistance lies in our ability to leverage people’s agency, what is the best path forward?

Late last month at the World Economic Forum in Davos, CARE USA, the newest member of ID2020 Alliance, became part of the future process of what we hope to call a turning point in resolving the identity crisis. The ID2020 Alliance announced the launch of the ID2020 Certification Mark, which creates a Trustmark for digital identity technologies that meet ID2020’s technical requirements. Let’s unpack the ID challenge and understand why it is relevant for the future of aid.

The world is buzzing about personal data security and data integrity challenges. We see the evolution from isolated strands of personal information existing in the web to a potential scenario of one centralized online ID linked to our encrypted messengers and social media profiles. While some argue that we need to own our data and be compensated for its use, others note that when we conceptualize personal data as untouchable property we miss the opportunity of thinking about it as an inalienable right. Is personal data a product that can be transacted with or an entitlement inherent to our human nature? This question matters to humanitarian assistance because it holds the key to the future of aid.

The future of humanitarian assistance lies in our ability to leverage people’s agency. Humanitarian and development actors of the future should be able to act as a bridge for vulnerable people to act, be effective, choose their own paths and be responsible for their own behavior. Having a sense of agency eliminates the pervading ideology of aid as dependency building hand-me-downs and builds resilience in the face of conflict or change. The increasing use of cash transfer programming, where people receive money instead of commodities to cover their needs, is already an important step in the right direction. Giving back the control over vulnerable people’s identity should be the next big leap we take.

The devastating truth is that more than a billion people in the world are unable to legally prove their identity. When vulnerable people can’t prove who they are their ability to re-establish life in a productive manner is seriously undermined. This is particularly important for women as 45 percent of women in 15 low income countries don’t have a form of legal identification in comparison to 30 percent of men in the same contexts. In displacement lack of ID produced cascading consequences including “restricted access to services, such as health and education, limitations on their eligibility to receive humanitarian and development assistance, and restrictions on their movements… as well as a higher risk of exploitation in illegal work.” Deficient ID systems can exclude vulnerable groups including women and girls further depriving them of equal rights, disempowering them of sustaining their livelihoods and support institutionalization of the discrimination and facilitate the exploitation of personal data. ID can be harnessed both for humanitarian and development aid. In Indonesia, for example, 95 percent of girls who married at 18 years of age or younger lacked a birth certificate. Stronger identification could potentially help enforce laws against child marriage and contribute to its elimination.

Humanitarians and development experts agree  on the need to provide an inclusive, well-designed and responsibly governed ID to the people we aim to serve. The provision of identification is embodied in SDG Target 16.9, and is an enabler of numerous other Targets like full participation of women in economic and social life and closing the gender gap in access to finance.

As aid moves into the digital realm and as cash becomes the norm not the exception, agencies must pay more attention to the way in which identity systems shape the lives of vulnerable people. Unique, high assurance, consent-based, verifiable identification promotes inclusion, shifts the community development paradigm, and overall sets the right pathway to enable most vulnerable people to live in dignity. An ID that is also digitally verifiable with a range of possible credentials (e.g. biometrics, smart devices) could also be highly transparent for donors and portable for people on the move – further cutting down the hours spent on processing humanitarian assistance, for example. It could be equally disastrous if personal data in the form of a digital ID became a commodity between agencies that vulnerable couldn’t control and benefit from, unintendedly feeding into political agendas and planting more fear than willingness to embrace the technology. The duality regarding the potential benefits and downsides in the use of technology to solve the problem of ID is a problem that needs careful and deliberate discussion and resolution.

Since 2017, CARE has invested in finding sustainable solutions for ID by bringing together for profit and not for profit actors around the table. We have been adamant that the focus should be on the problem, not the solution so we have been careful not to engage in processes that risk building a myriad of mechanisms that are duplicative, frail and costly. We believe the leap we need will come from embracing the political, social and economic complexity behind humanitarian ID to develop a solution for it. Focusing on the problem should allow us to generate solutions that are highly customizable to overcome the issue of contextualization. We have decided to join the ID2020 Alliance because they share these beliefs and foresee the future ways to address the problem.

ID2020 has developed a Certification Mark that allows companies developing privacy-protecting, portable and user-centric digital identity technologies to demonstrate their commitment to “good” digital identity in the market, incentivizing a race to the top. It draws upon ID2020’s technical requirements and the efforts of the ID2020 Technical Advisory Committee, a group that comprises many of the world’s leading experts on digital identity and its underlying technologies.

If the future of humanitarian aid lies in our ability to give vulnerable people control, ensuring they can prove who they are should not be a luxury only enjoyed in times of prosperity. CARE believes this is a stepping stone to solving bigger problems and looks forward to engaging in the work set forth by ID2020 on its hand sourcing innovation, transformation and field reality from some of the hardest operating contexts.