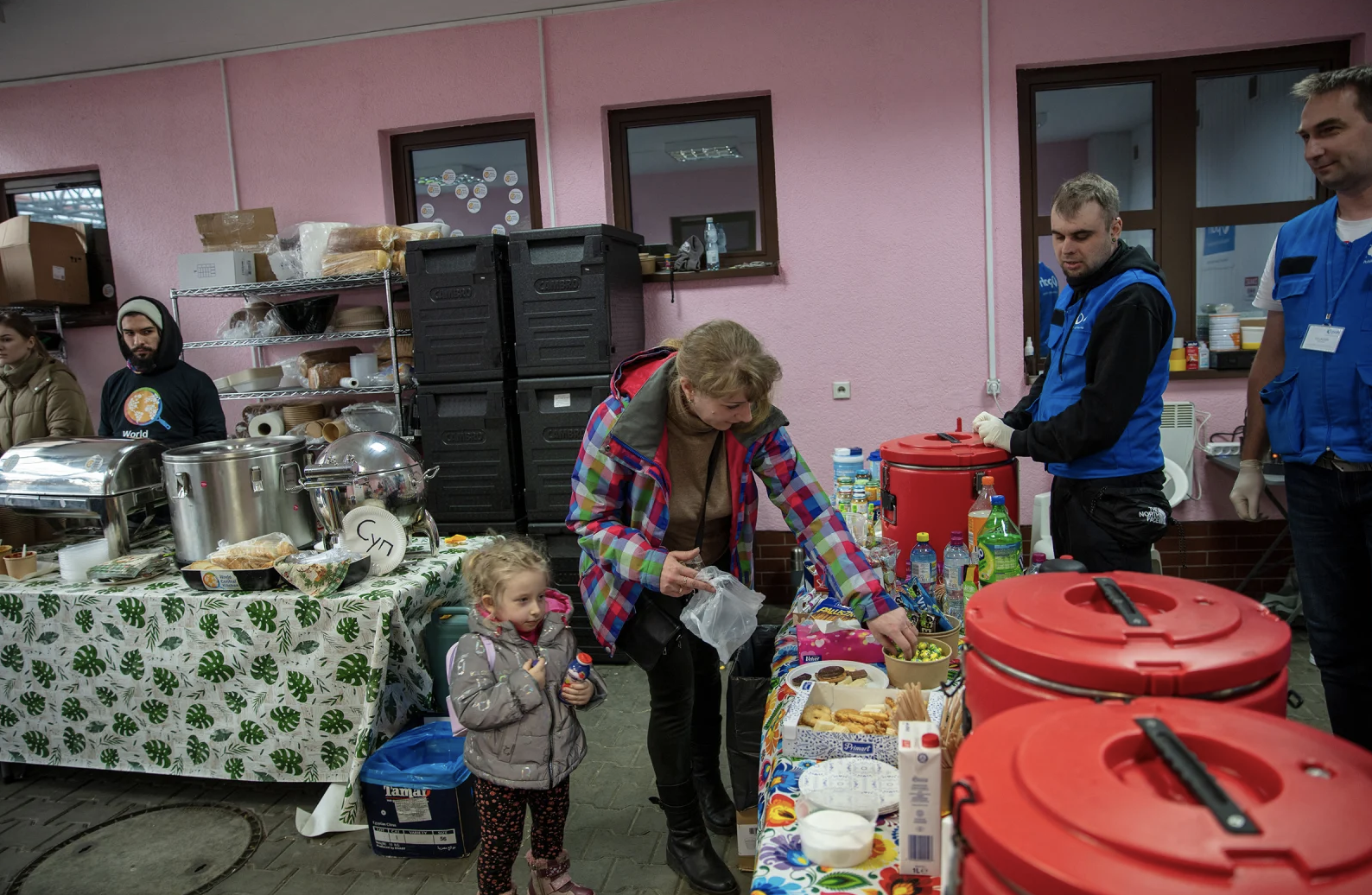 They walk off the bus slowly, tentatively. Young women holding the hands of small children. Grandmothers right behind carrying over-stuffed suitcases—or dragging garbage bags of clothes. All the mothers wear sneakers. There are a handful of old men, hunched over. Quite a few dogs, mostly small ones, none barking. The passengers barely lift up their eyes. Everyone looks beaten down, exhausted. A Polish volunteer greets them and is blowing bubbles for the children, but the kids don’t seem interested.

This is the main entry station on the Polish border, in Hrebenne, for Ukrainian refugees. It’s one of the largest of eight Polish entry points for the more than two million Ukrainians who have journeyed to this nation of 38 million people. Normally this place is a passport control area, but these days, Ukrainians don’t need passports to enter, just any kind of identification that they are Ukrainian. A driver’s license. A phone bill. There are cardboard boxes of used clothes—and toys. There’s a room with coffee, cheese sandwiches, and a giant tin of fresh pierogis. They will be processed by a dozen or so mostly Polish volunteers, who are unfailingly patient and refer to the refugees as “guests.” They have left Ukraine, but many, too many, do not know where they are going.

Most of the people on this bus are from Kharkiv, in northeast Ukraine, where the Russian bombing has been relentless and unending. A 30-something woman in a pink Superdry parka and a Nike baseball cap with long, brightly polished fingernails walks toward where we are waiting. I kneel down to pet her beautiful Rhodesian Ridgeback, which is leashed and muzzled. She said she had just escaped from Kharkiv.

“I didn’t want to leave,” she said. “When the bombing started, I first went to a school, thinking it would be safe. And then the Russians bombed the school. Then I stayed in a basement for weeks. I kept thinking the bombing would stop.”

Read the full story at TIME