Washington Post: At least 304 dead in Haiti in wake of 7.2-magnitude earthquake - CARE

Washington Post: At least 304 dead in Haiti in wake of 7.2-magnitude earthquake 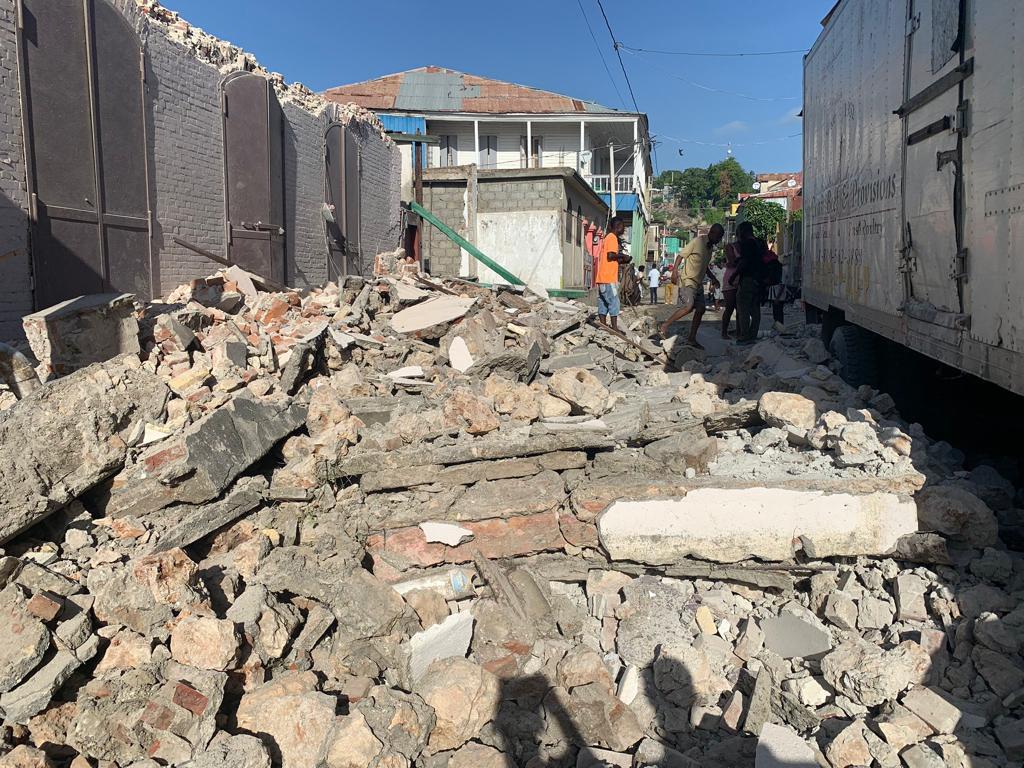 PORT AU PRINCE, Haiti — A massive 7.2-magnitude earthquake struck Haiti on Saturday morning, killing hundreds of people and shaking buildings from the neighboring Dominican Republic to Jamaica and Cuba, as the international community confronted the prospect of a major escalation in the humanitarian crisis already facing one of the hemisphere’s most deeply troubled nations.

Saturday’s quake was stronger, though centered farther from the capital, than the devastating 2010 temblor that killed more than 220,000, prompting foreign governments and aid agencies to prepare for large numbers of dead, injured and homeless. Officials and witnesses reported heavy damage and fatalities dozens of miles from the epicenter, 7.2 miles northeast of Saint-Louis du Sud, where the quake struck at 8:29 a.m. Haiti’s civil protection office reported at least 304 people had died — most of them in the hardest-hit southern and western areas — with hundreds more missing and 1,800 injured. The death toll is expected to rise amid reports that some neighborhoods had been razed.

Government officials, relief agencies and representatives from the United Nations were still assessing the damage, including via reconnaissance flights over the southern and western parts of the country, as a wave of aftershocks continued to hit Haiti. But the sheer force of the temblor and a climbing death toll suggest a devastating new tragedy in the Western Hemisphere’s poorest nation, which has lurched from crisis to crisis for years.