In Western Ukraine, a resort becomes a refuge - CARE

In Western Ukraine, a resort becomes a refuge 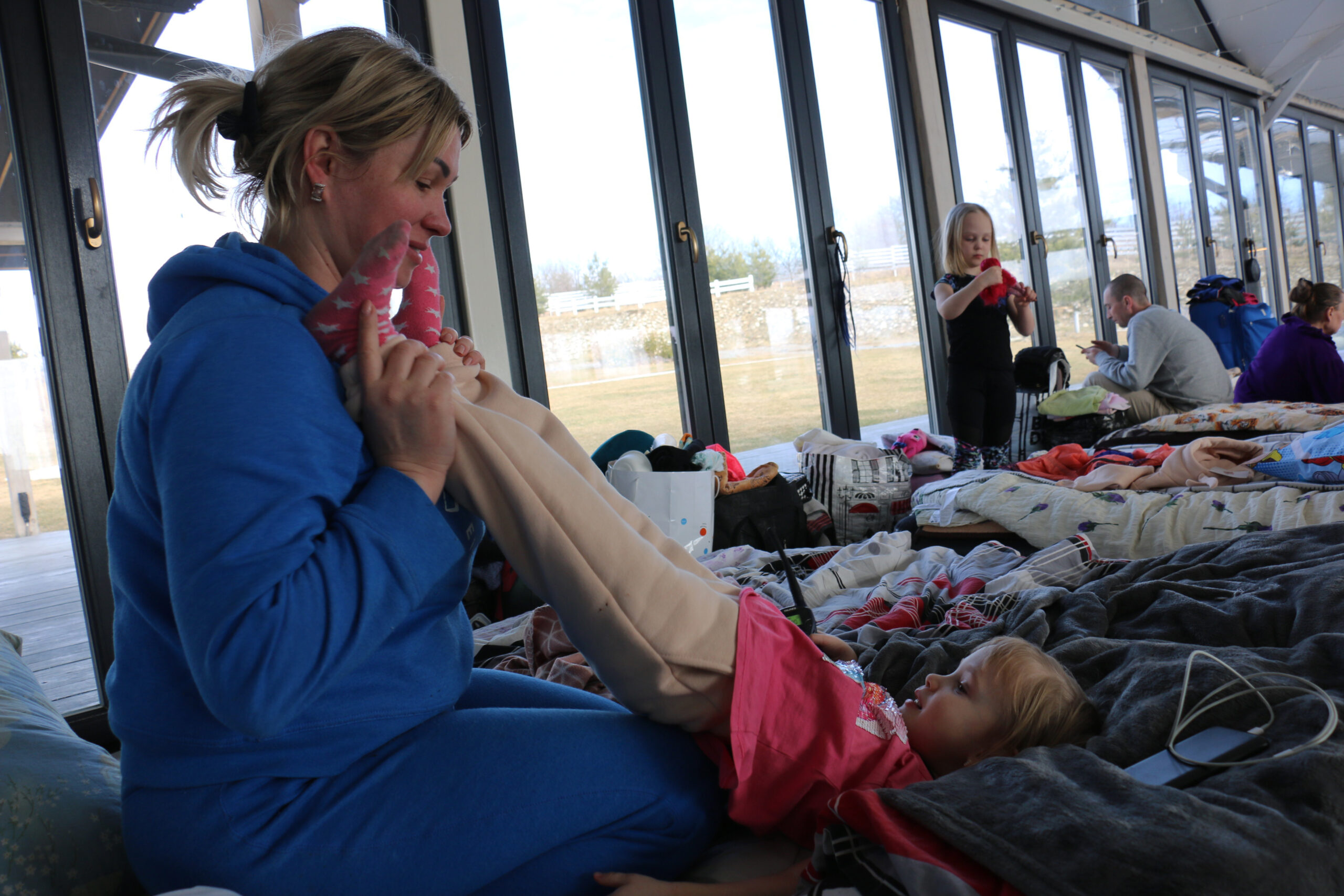 Olena, now sojourning at “Garden” with daughters Arina, 3, and Karina, 5, was displaced from her hometown of Korosten, Ukraine. Photo: Petr Stefan/People In Need

Olena, now sojourning at “Garden” with daughters Arina, 3, and Karina, 5, was displaced from her hometown of Korosten, Ukraine. Photo: Petr Stefan/People In Need

A resort called “Garden” near Lviv has hosted numerous weddings and other celebrations. Today it hosts up about 70 people displaced by war, with plans to host even more. The picturesque surroundings contrast sharply with the stories of hardship told by those arriving in search of rest.

Just six weeks ago, “Garden” (Сад) was a romantic resort for weddings and other celebrations. People came to this idyllic spot just 25 km south of Lviv to spend their most precious moments with family and friends. The resort’s Instagram account shows countless couples who cemented their vows in this picturesque environment. 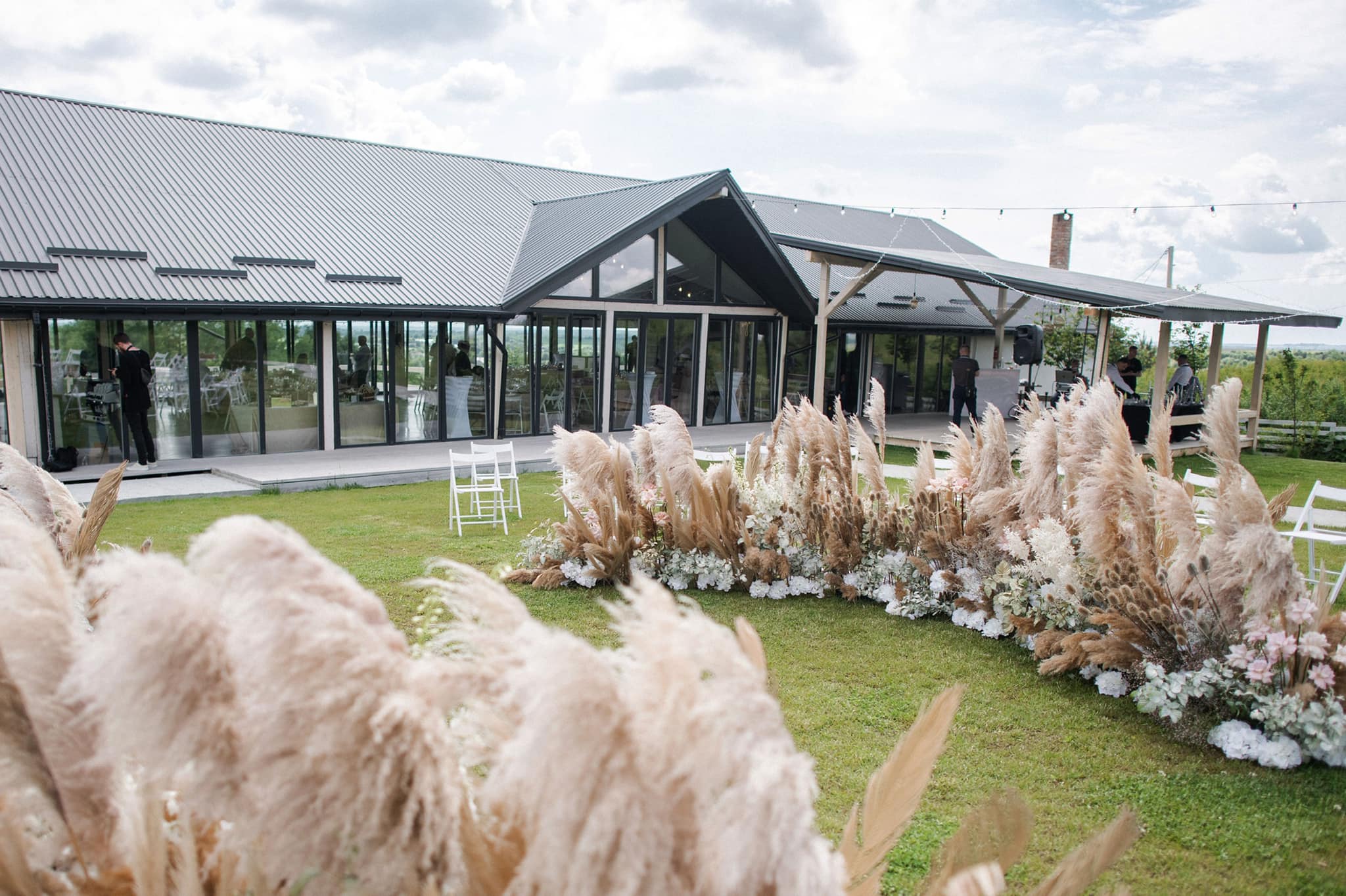 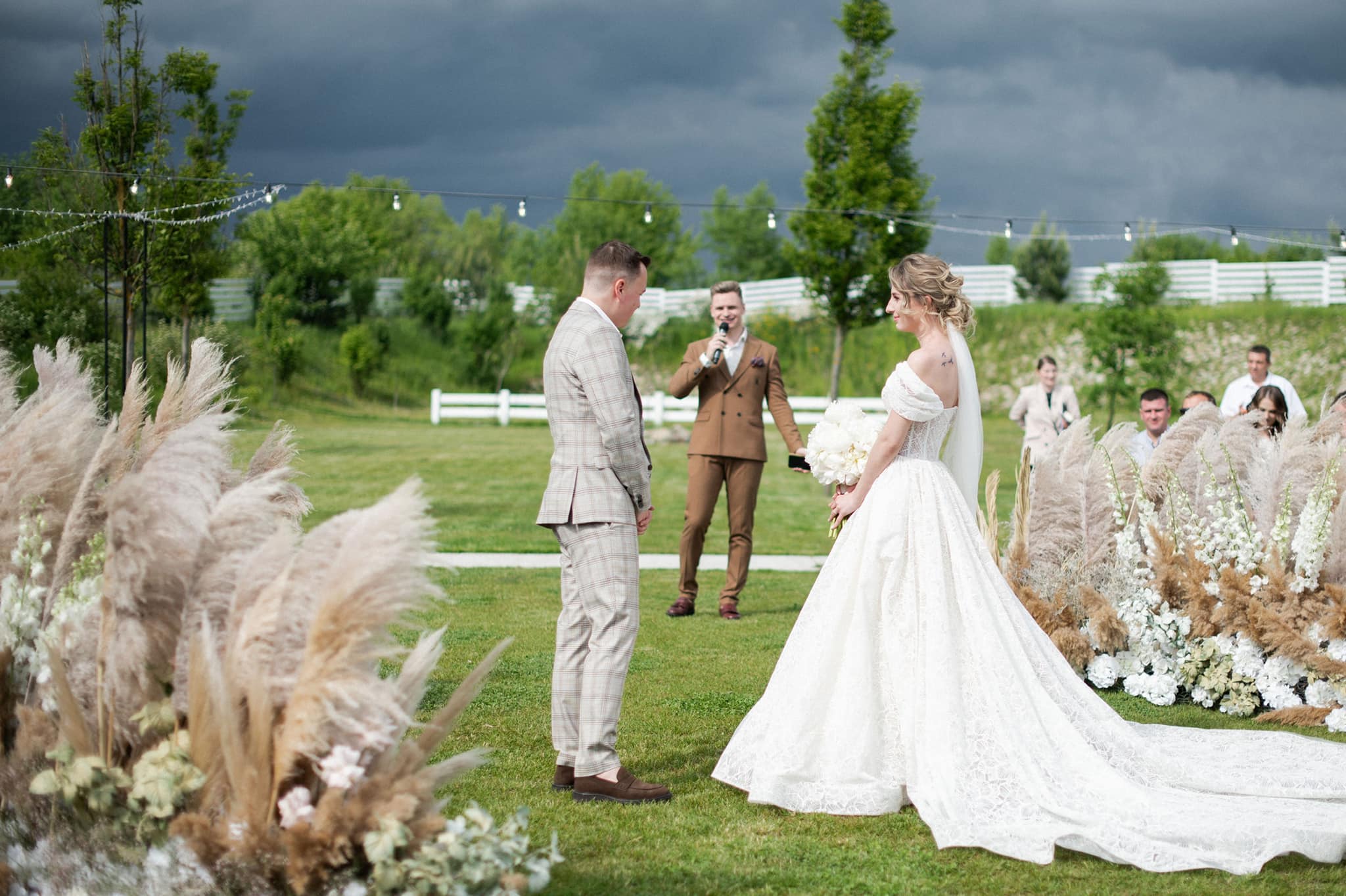 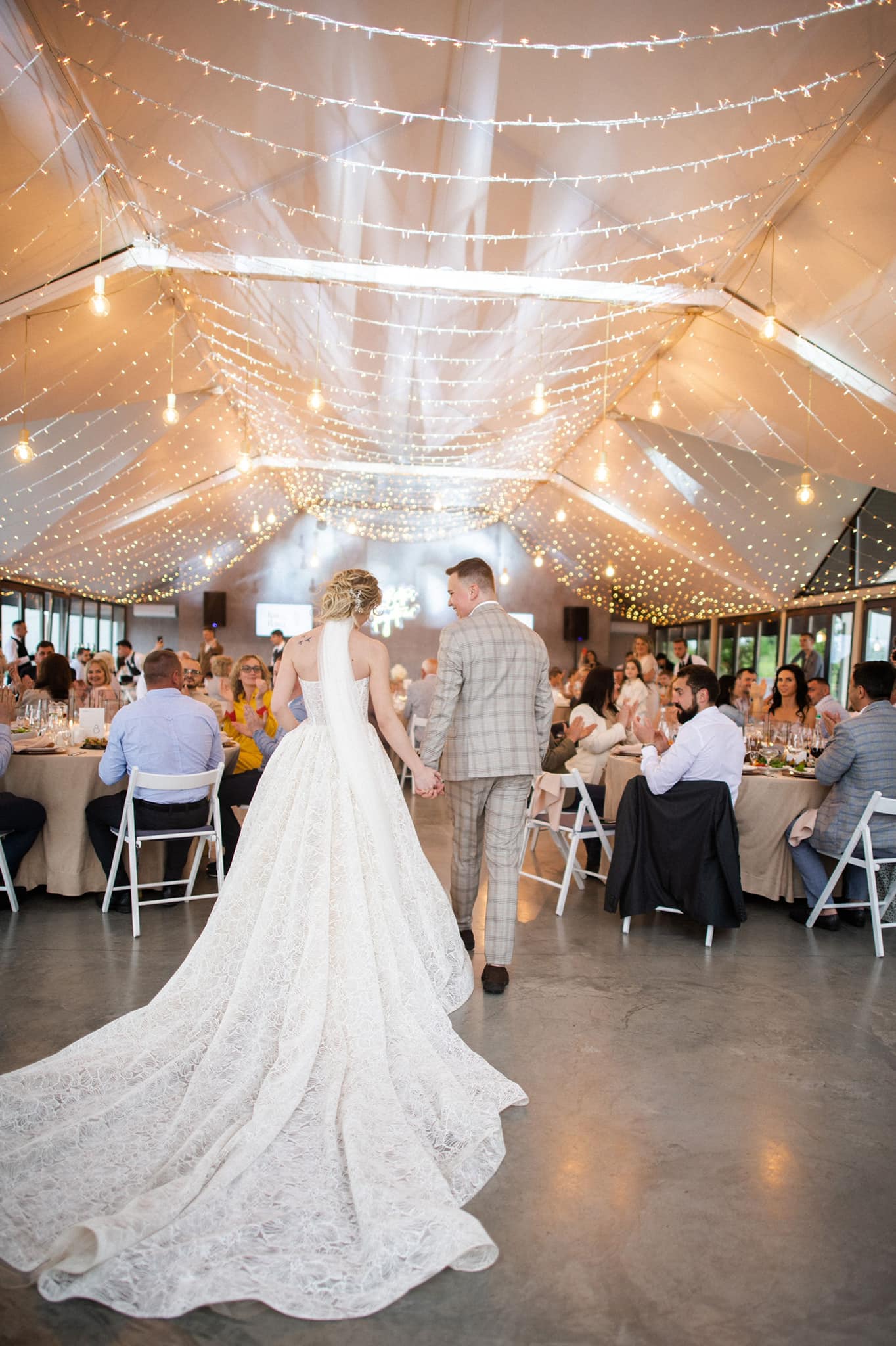 These images of hope and love changed dramatically on Feb. 24. Seeing the tragedy that was to follow, Garden’s owners immediately made modifications to their property to turn it into a center for displaced people. Thanks to Garden’s owners, local volunteers, and the local administration, 70 mattresses – complete with pillows and bedsheets – appeared onsite in just a few days. Meanwhile, the resort’s kitchen began providing three hot meals a day to people displaced by the war.

The owners bring people fleeing the war directly from Lviv to Garden, usually done at the request of the Lviv Oblast (province) administration. Others have discovered Garden from social media. More are coming thanks to information provided by those who have already passed through. According to the owners, most stay just two or three days, take a rest, think, and continue further. Some stay longer. So far, Garden has provided hundreds with refuge from the war: most are women and children or seniors. 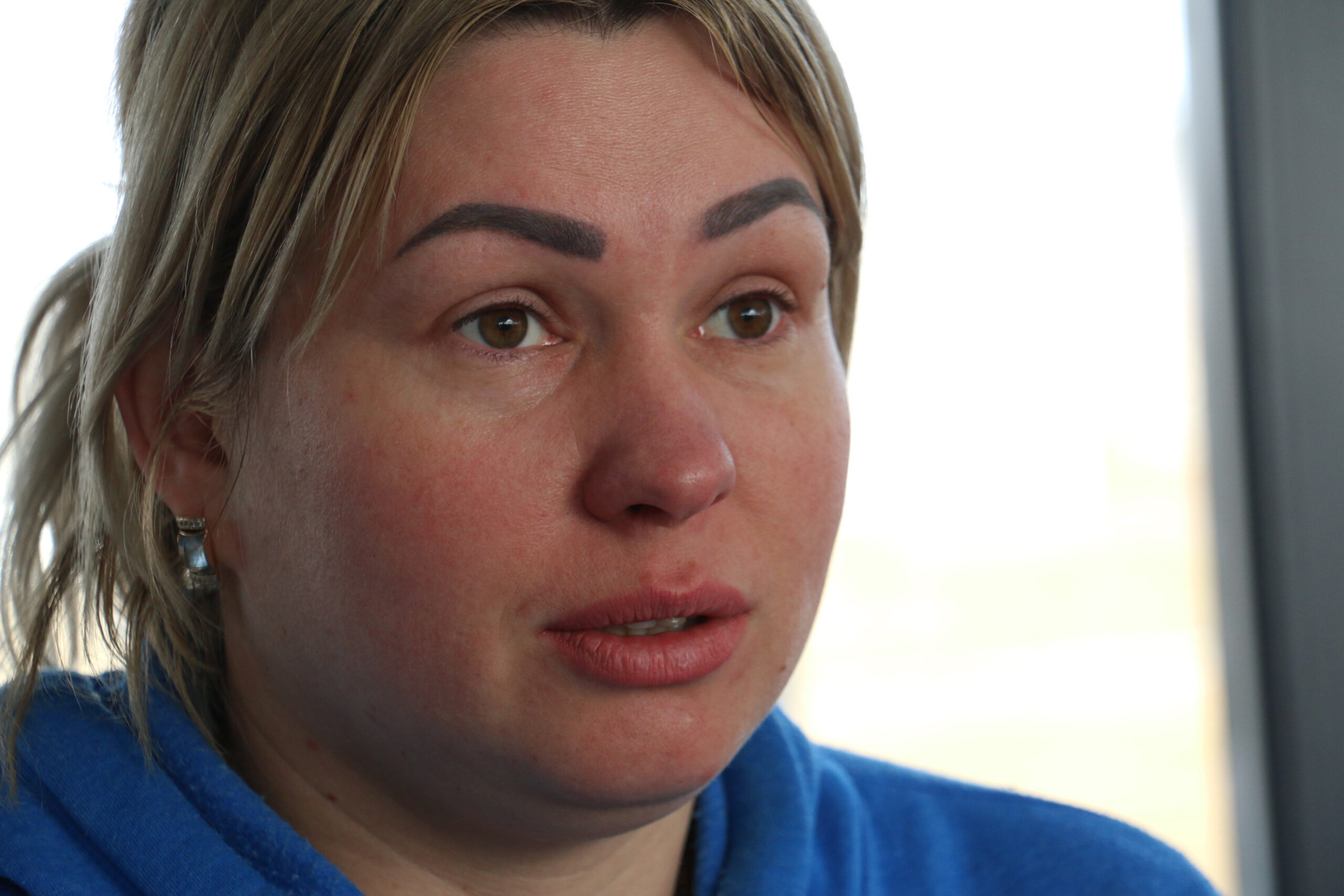 While Olena is grateful for her place of refuge, she is deeply concerned about the future. Photo: Petr Stefan/People In Need

‘It was scary when the rockets were flying’

Olena, a mother of two from Korosten, about 170 km northwest of Kyiv, is one of the people who have stayed at Garden. When Korosten came under attack, Olena fled with her daughters, Arina, 3, and Karina, 5. Her husband remained in their hometown. “It was horrible and very scary when the rockets were flying. Four houses were on fire and burnt down completely, says Olena. “My children didn’t know before what the war means, but they’ve spent time in the basement, experienced fear and the horrors of the shelling.”

After a long trip by train to Lviv, Olena and her daughters found respite at Garden. However, while Karina and Arina run around and play on the mattresses, Olena remains concerned about the future. She doesn’t know what to do and where to go. For now, she is staying at Garden but is considering moving further. “Maybe we’ll go to Poland, or maybe not… I don’t want to leave Ukraine, but I’m concerned about my children’s safety. I don’t want them to hear the sirens and experience the horrors of war again,” she explains.

While standing on the terrace where wedding guests would drink champagne in the peaceful past, Olena thinks about her future:

“I don’t know what will happen tomorrow, but I know that I want to live and to be with my children.

And my biggest wish is the end of the war so that I can go back home. I simply want to go home and be there with my family, as before the war.” 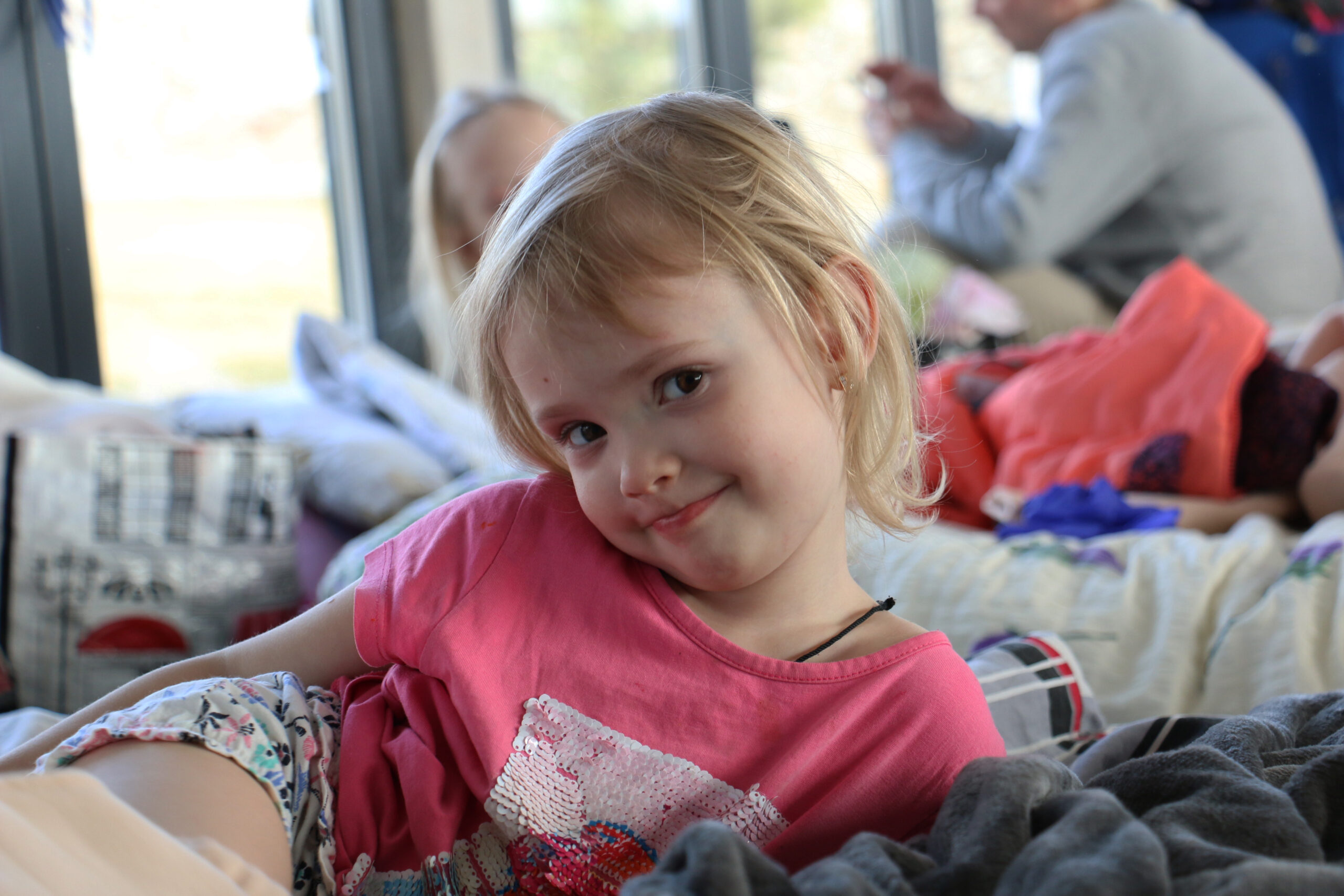 Making plans to welcome even more

Garden’s owners are now increasing capacity to accommodate more displaced people. They have one more wedding hall next to the current displacement center, which they intend to equip with mattresses and heaters to offer 70 additional places for people fleeing war. To make the place more humane and habitable, they need boilers for showers, washing machines, and toys for children. They are thinking about psychological support, as many of those arriving are heavily traumatized. A psychologist friend is coming once a week to provide counseling to people.

CARE partner People in Need is ready to support Garden as well as other centers for displaced people with essential equipment like mattresses, bedsheets, food, or hygiene items.

Back in front of the main wedding hall, Olha, a senior from Irpin, shares:

“I will never forget the day I tried to get out of Irpin. I was outside when my neighbor’s car was shelled. The father died, and the mother and her child were wounded. It is difficult to accept this and impossible to understand. I desperately want this war to come to an end.”

The stories of displaced people passing through Garden juxtapose starkly with the beauty and calmness of the place. Everyone here hopes the people fleeing will be able to return home soon, and this place can return to its past practice of celebrating the joys of life rather than reducing the sorrow of war.