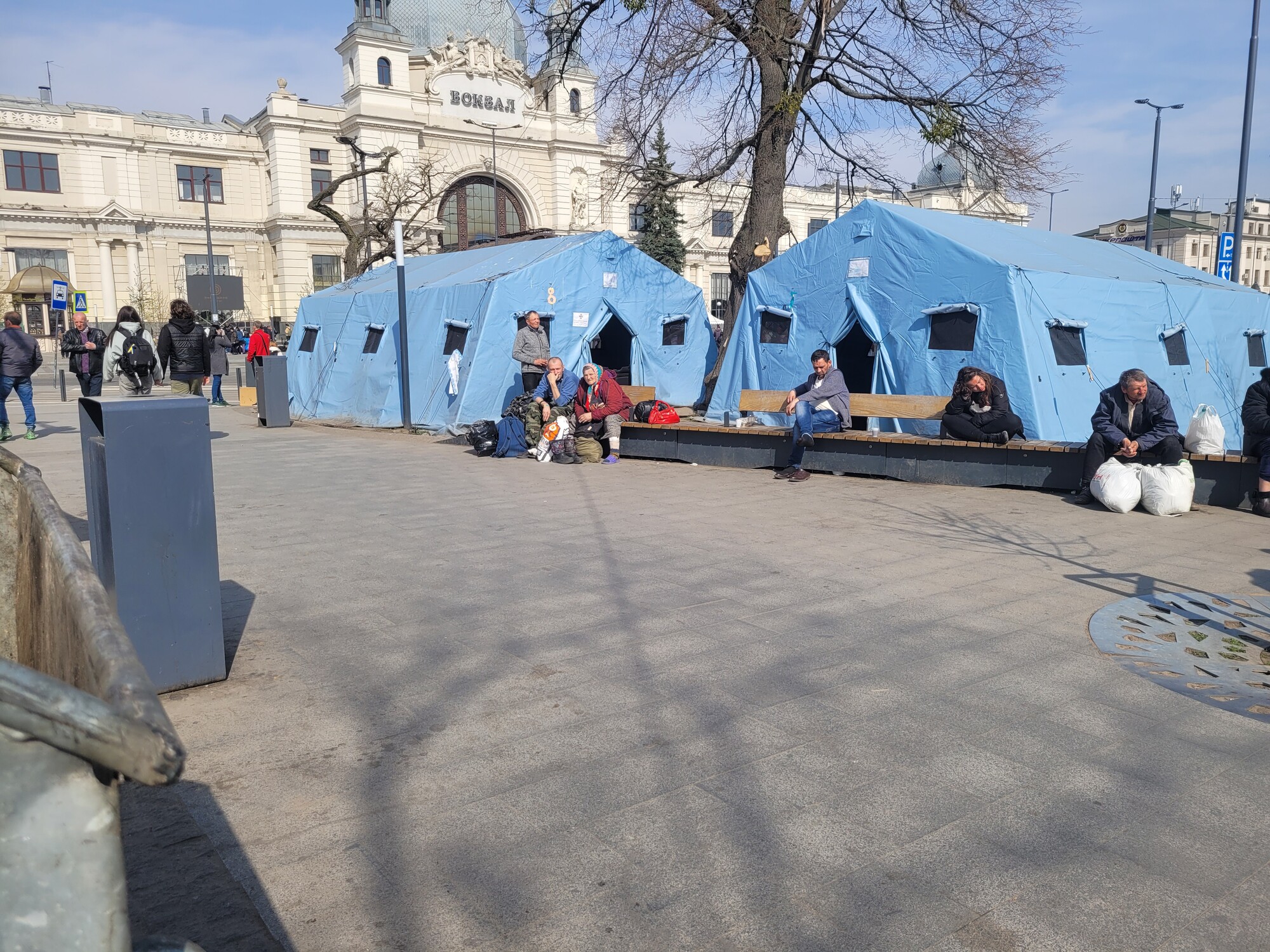 Up to 130,000 people a day are provided with hot meals, first aid, assistance with registration, and help with finding accommodation and onward travel at Lviv's train station. Photo: Sarah Easter/CARE

Up to 130,000 people a day are provided with hot meals, first aid, assistance with registration, and help with finding accommodation and onward travel at Lviv's train station. Photo: Sarah Easter/CARE

Lviv, in west Ukraine, normally has 800,000 inhabitants, but many more are now there seeking refuge. Most do not know how long they can stay and whether they might have better prospects in a neighboring country.

In the Ukrainian capital Kyiv, the picture is different. Officially, Kyiv has about 3.5 million inhabitants, but since the beginning of the war the city’s population has been cut in half.

Kyiv presents a marked contrast with its neighbor, which is – for now – out of the conflict zone. In Lviv streets are busy and crowded, with people visiting parks and cafés, shopping, and walking their dogs. In Kyiv only a few pedestrians are spotted, hurriedly stepping to their destinations. A trailer has “hell” written on it in Ukrainian. Statues and monuments are protected with sandbags. Many of the houses and apartments are empty. 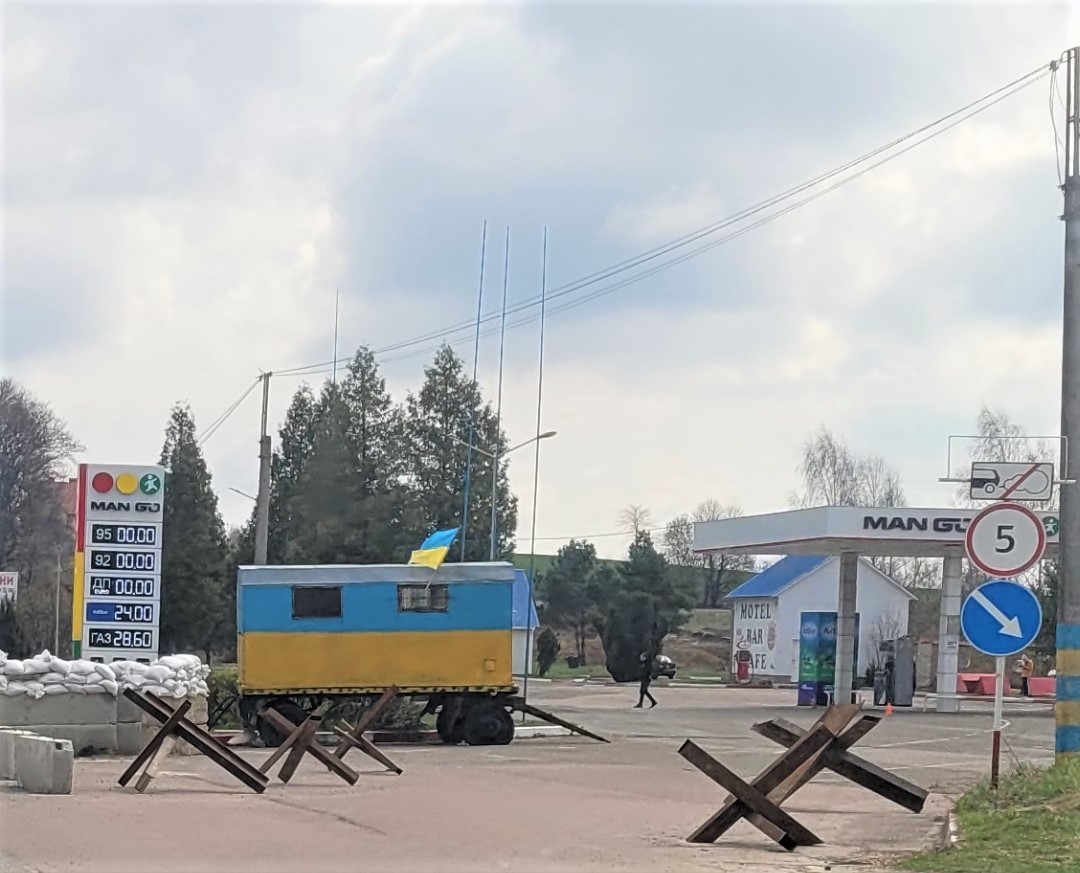 On the way to Kyiv, a gas station's sign shows that it only has certain grades, with others displayed as "00.00." The road to the petrol station is partially blocked and protected with sandbags. Photo: Sarah Easter/CARE

“It’s similar to a hard lockdown during Corona. But now it’s much more acute. This crisis is much worse than Corona ever was,” said the Kyiv-based Stansilav of International Renaissance Fund (IRF), a CARE partner. “You are the first international guests I have spoken to since February 2020.”

With nearly everything closed, space is now being used for humanitarian aid. The operators of a Kyiv market have given office and storage space to volunteers. Closed restaurants now cook for people in need, and cafes serve as volunteer headquarters. Meanwhile in Lviv, the need for shelter is great. Everywhere in the city there are unused buildings, such as offices or kindergartens, which now serve as temporary shelters.