Meet One of the Leaders Behind CARE’s Syria Response - CARE

Meet One of the Leaders Behind CARE’s Syria Response 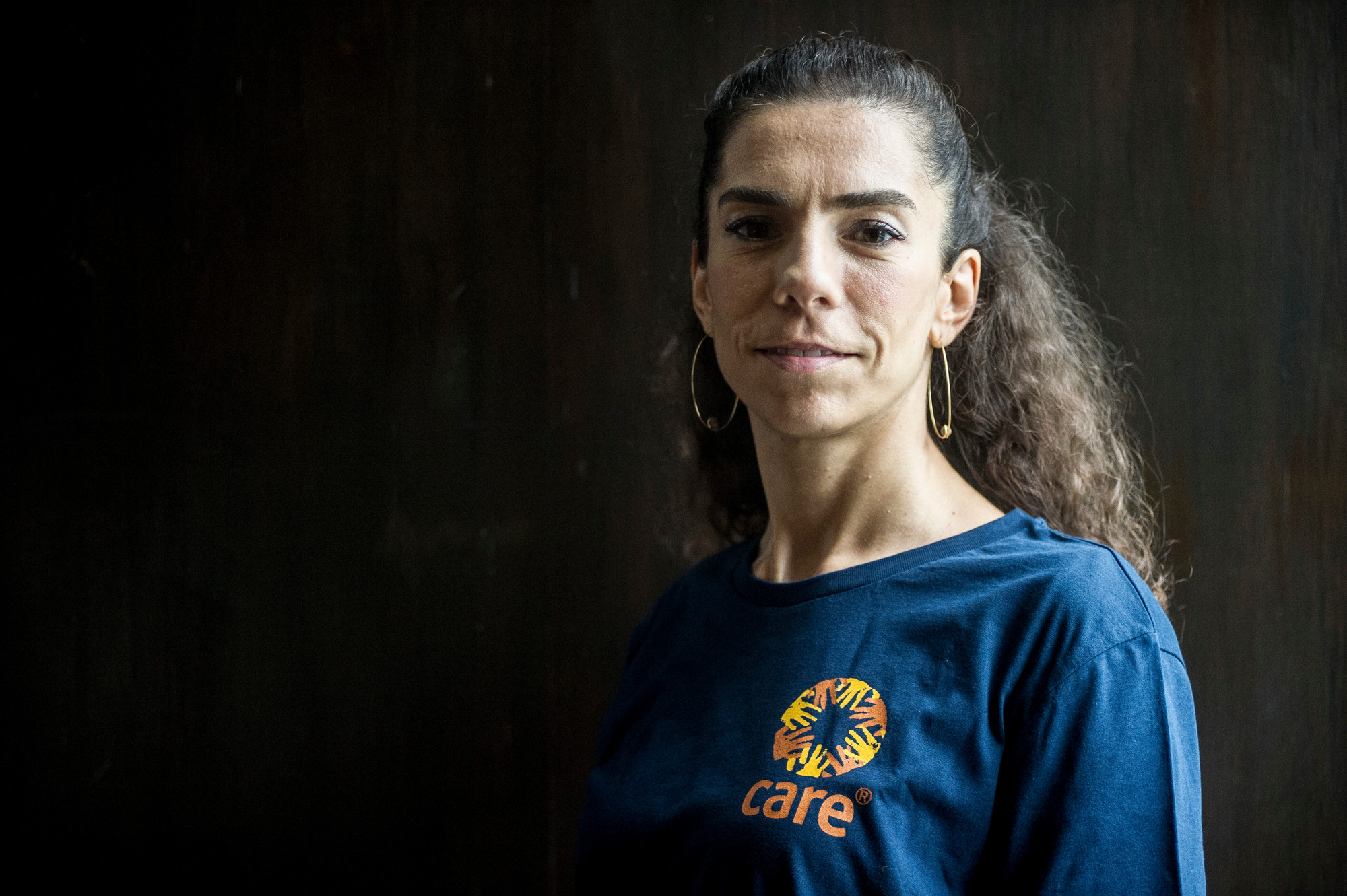 Eight years of intense fighting in Syria have shattered millions of lives.

The Syrian conflict has displaced 13.5 million people — more than half the pre-war population — and over 5 million Syrians are now refugees. CARE supports Syrians inside their country and in neighboring Jordan, Turkey, and Lebanon with everything from clean water to food, shelter and psycho-social support. Joelle Bassoul, CARE’s communications director for the Syria Response, is Lebanese and calls the region home. The former journalist says she joined CARE because it was important to her to “be part of an independent, positive action.” Her work as a humanitarian helps raise awareness and tell “the story of Syrian civilians who feel that after eight long years, the world has gotten too used to their plight.”

Is there a story that comes to mind that you can share that shows what people are facing in Syria?
During the offensive on besieged Eastern Ghouta by the Syrian army and its allies this winter, I used to speak daily to aid workers inside the area. With regular landlines down, we used to rely on the WhatsApp mobile app. That double “blue tick” became a proof of life for me. And every time my messages got just one tick, my heart would drop, and I would fear the worst for colleagues inside.

What’s something the public doesn’t always realize about humanitarian workers?
Aid workers inside Syria are mainly Syrians. There are very few foreigners, including westerners, working in this field in the country. Syrians are at the forefront of the response, helping their fellow country people.

What’s the biggest challenge you and your team face right now?
Inside Syria, it is access to people in need. Local organizations which CARE supports have had to stop functioning in many areas and can no more deliver aid.

The war is not over. Millions of civilians still suffer on a daily basis and live under the imminent threat of airstrikes and bombs.

How does the future look for the people of Syria?
After eight years of war, Syria is on its knees: the infrastructure, services, society, economy have been hit hard and damaged. Syrians need a just, inclusive, sustainable peace to be able to rebuild their country. Currently, few Syrians have hope that this is possible in the short term.

What keeps you motivated amid such daunting odds?
Given the scale of the disaster, very small things: the story of a pregnant woman wounded by shrapnel who was extracted safely to Jordan; of an activist who made it safely to Lebanon; of a family that was not separated while being displaced from their home. And the bigger picture of raising my own children in a Middle East at peace.

What do you want the world to know about what’s going on in Syria right now?
The war is not over. Millions of civilians still suffer on a daily basis and live under the imminent threat of airstrikes and bombs. And in areas where the conflict is not as intense anymore, people face another year without schools, healthcare, clean water, and proper nutrition. Syrians need a lifeline to hope and it’s our role to provide it.

What can individuals around the world do to support positive change for this crisis?
Don’t forget about Syria! Keep your minds and hearts open to Syrian civilians. They are farmers, engineers, teachers, laborers, doctors who lost everything they had, including loved ones. Many have suffered and many have sought to rebuild their lives in Europe, the U.S., Canada and elsewhere. They might be your neighbors. Reach out and show them you care.