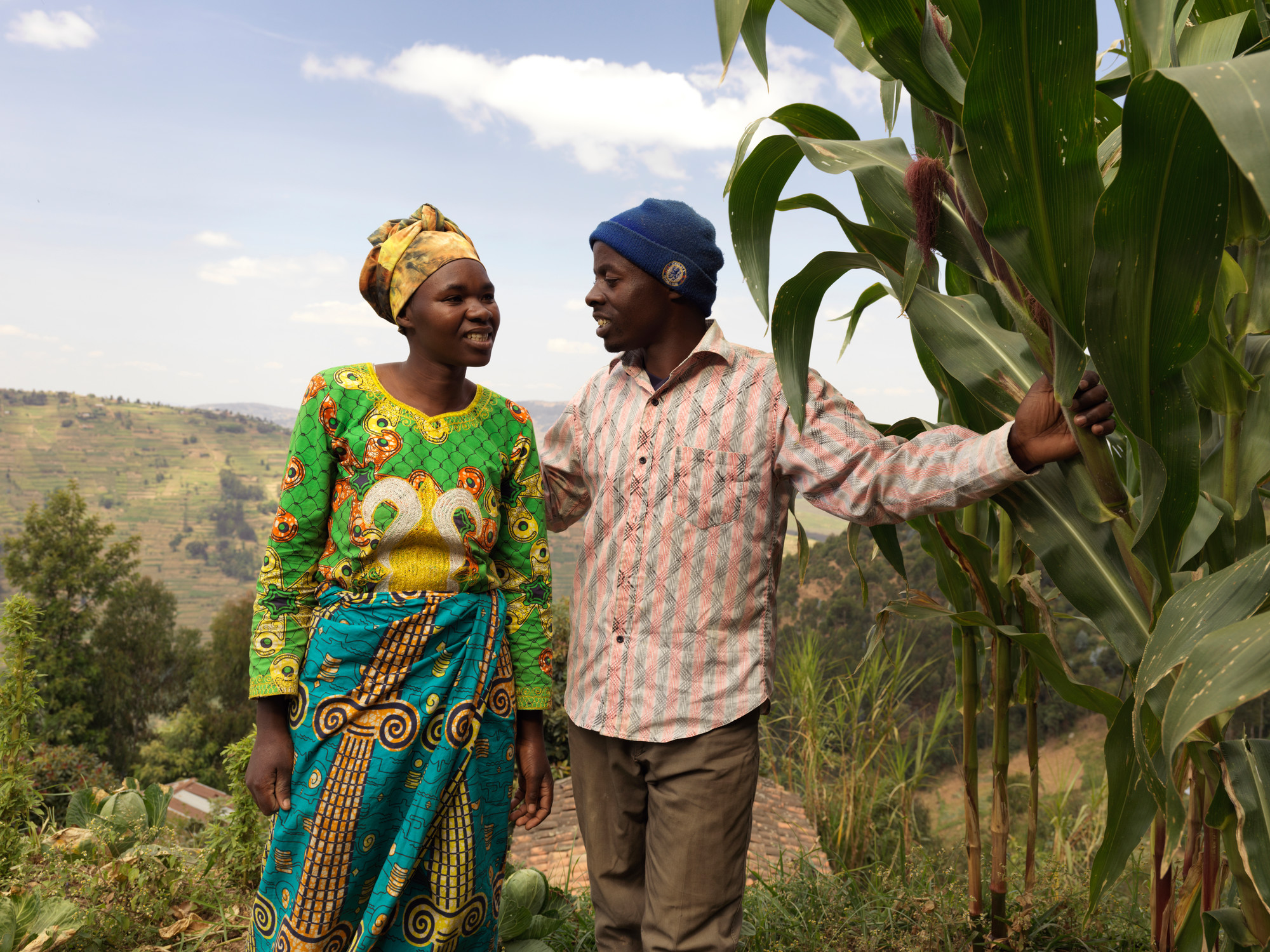 Olive and Eric work together as equals to feed their family. Photo by Peter Caton/CARE

Olive and Eric work together as equals to feed their family. Photo by Peter Caton/CARE

Violence against women and girls is rising around the world. Rates of gender-based violence increased dramatically during the COVID-19 pandemic, and the crisis is only being compounded by the pressures of an ongoing global hunger catastrophe fueled by climate change, resource scarcity, and increased commodity costs.

This violence is rooted in gender inequality—and without addressing inequality, women will continue to be both hungry and at risk of violence. CARE’s new report, GBV & Food Insecurity, highlights the many ways these two challenges are inextricably linked.

What our experience shows is that if we address the root causes of GBV, not only will women be safer and more likely to have food, they are also more likely to produce more food so everyone is less hungry.

From our work around the world, we’ve seen what happens when women and girls feel safe from violence and are valued as equals in their homes and communities. Here are four of the biggest takeaways from the report, and what you can do to help. 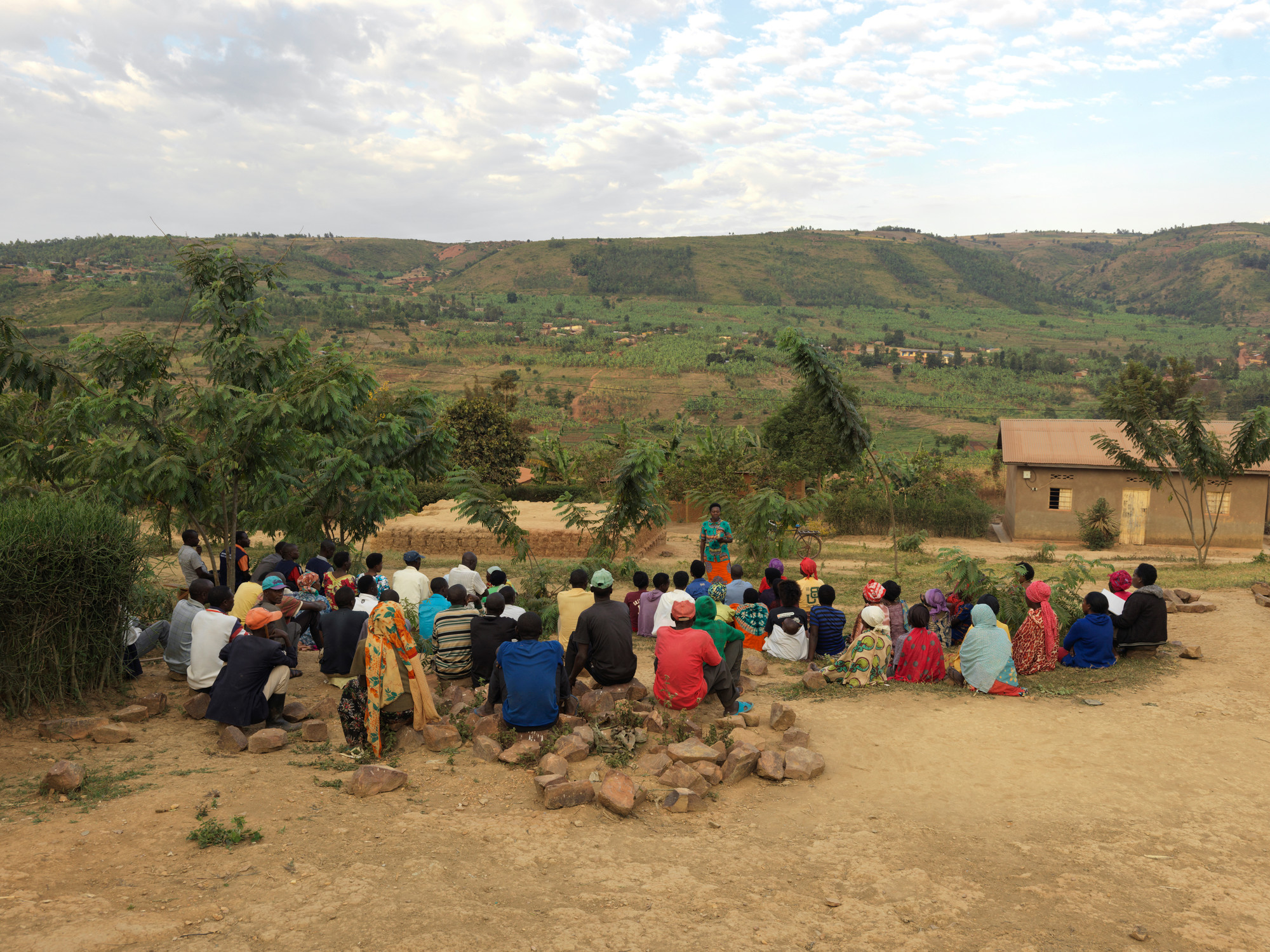 Couples in Rwanda reflected on the impacts of unequal power dynamics in their relationships. Photo by Peter Caton/CARE.

When going to emergency distributions, the risk of being sexually harassed, assaulted, or even coerced into exchanging sex for food can prevent women and girls from accessing basic necessities when they need them most. One of the best ways to reduce these risks is to make sure women have a voice and are supported to speak out about the challenges they face.

In Uganda, women in a refugee in a settlement had to walk nearly six miles to the nearest food distribution point, placing them at increased risk of sexual harassment and abuse along the way. 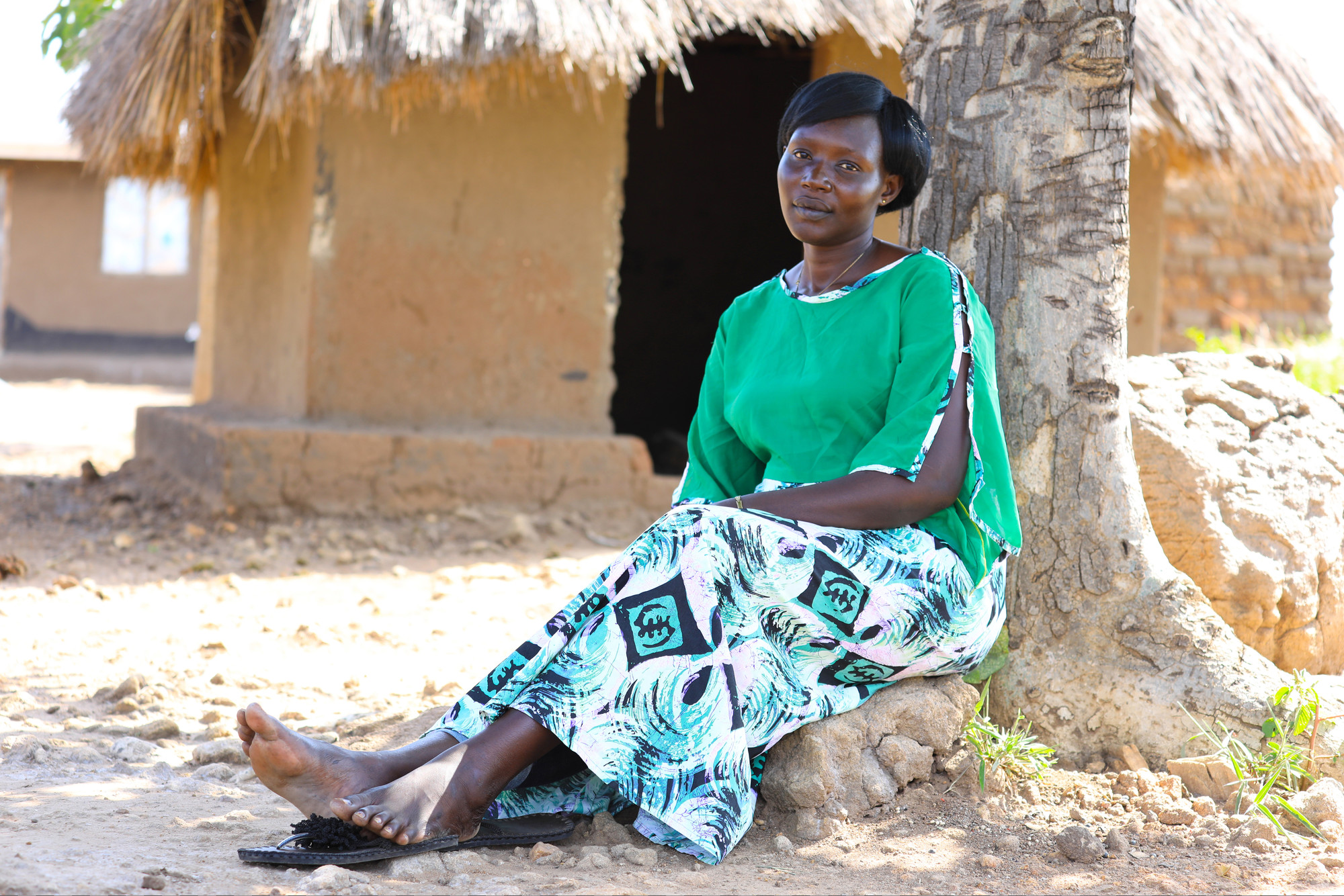 Halatu and her women’s group are using their collective power to help women and girls access food safely. Photo by CARE Uganda.

Halatu, leader of a women’s group, helped organize a peaceful boycott to successfully advocate for the food distribution point to be moved closer to the community.

The power dynamics which result in women eating less than men are the same which lead to violence within homes, so addressing the root causes of violence helps ensure women and girls have equal access to whatever food is available. 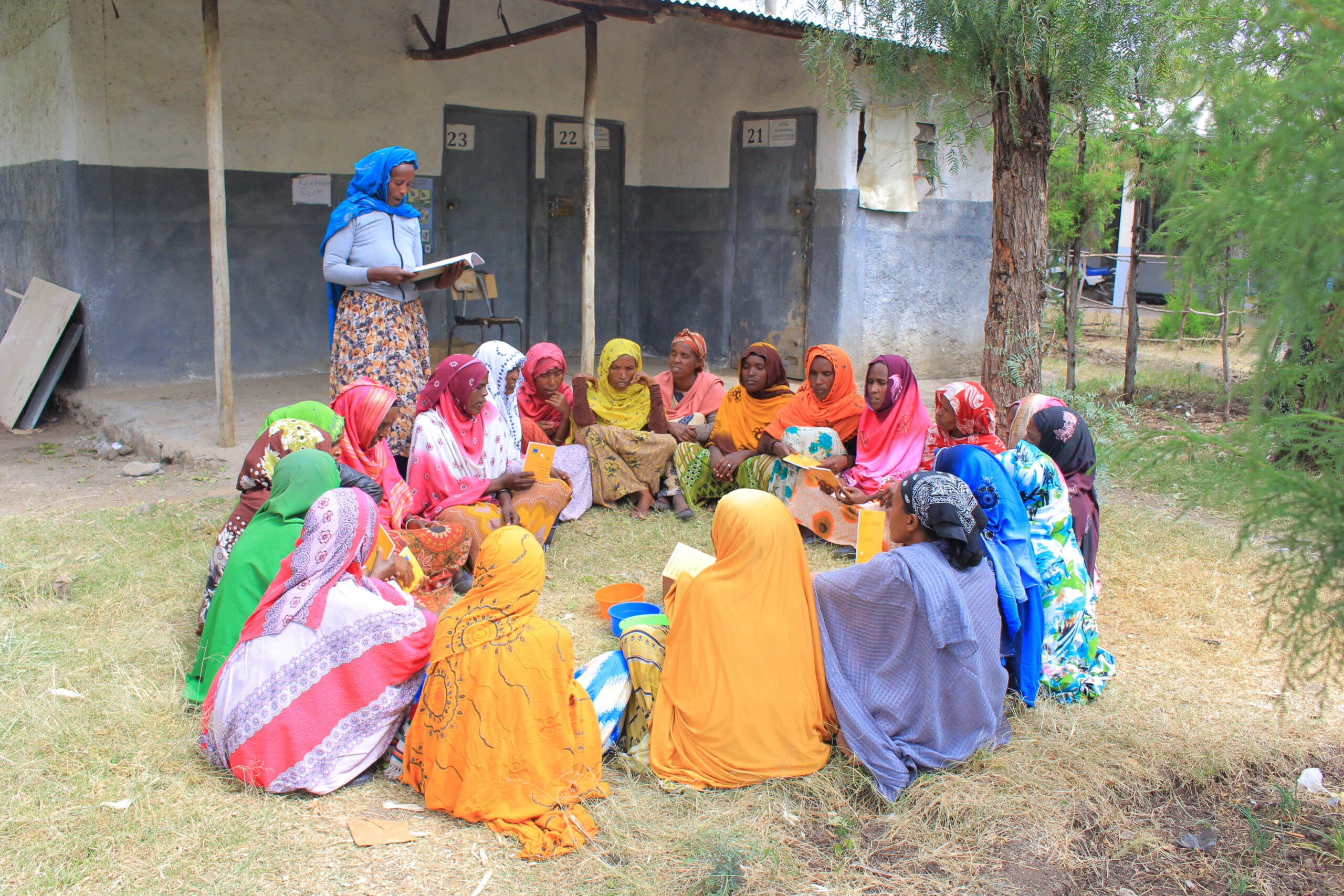 Kababush, leader of her community’s Social Analysis & Action (SAA) group, used to believe adolescent girls should not eat food such as eggs and meat. Photo by CARE Ethiopia.

The Abdiboru project, which aimed to reduce the vulnerability of adolescent girls, encouraged communities to reflect on biases and cultural taboos that discriminate against them.

Girls like Simale are eating better food and staying in school rather than marrying early.

When the risk of violence from partners decreases, we’ve seen families become less hungry and increase their odds of having cash income. In Rwanda, engaging couples in dialogue on power and gender led to a 55% reduction in women’s risk of intimate partner violence. 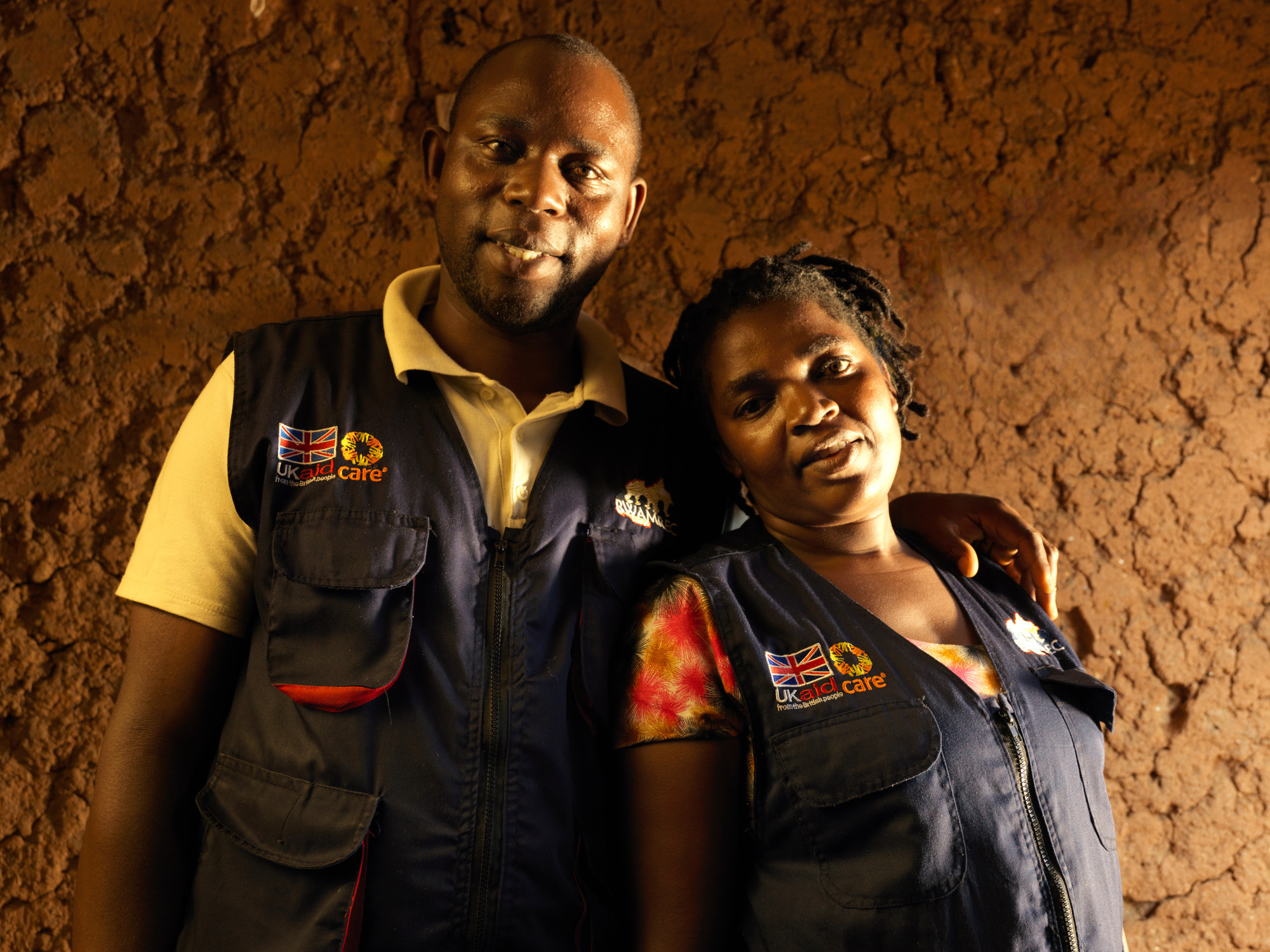 Alphonsine and Augustin both contribute to household food costs now Alphonsine has the freedom to work outside their home. Photo by Peter Caton/CARE.

For couples like Alphonsine and Augustin, there has been a major change in their relationship—instead of Alphonsine being confined to the house and fighting with her husband about money or property, they now work together in the face of challenges such as drought and rising food costs.

“We used to have conflicts related to property,” recounts Alphonsine.

“My husband now allows me to go out and work because he realized the contribution I can bring in at home. My income changed because I am now allowed to participate in income generating activities unlike before.”

She estimates their family’s income has increased by around 40%.
Augustin shares how the couples’ training they joined four years ago has influenced their family’s meal planning.

“We have not reduced what we used to eat but rather put in place an agreement with my wife to each contribute to food costs. I usually contribute lunch costs and my wife dinner costs.”

Soaring food prices mean they have had to reduce how much meat they eat, but Alphonsine is still able to eat her favorite food—Irish potatoes—every day.

When men like Augustin work with their wives as equal partners, they are less likely to view violence as acceptable. Their household is also more likely to produce more food.

Families in Gitega in Burundi doubled their rice production when agriculture training included an intense focus on gender equality. These increased yields meant women didn’t just have enough to eat at home—they could also sell rice to others so there was more food available to everyone in the community.

At the same time, the proportion of men engaged in the project who believe domestic violence is never acceptable also doubled—showing once again that promoting gender equality makes women safer and less likely to be hungry. 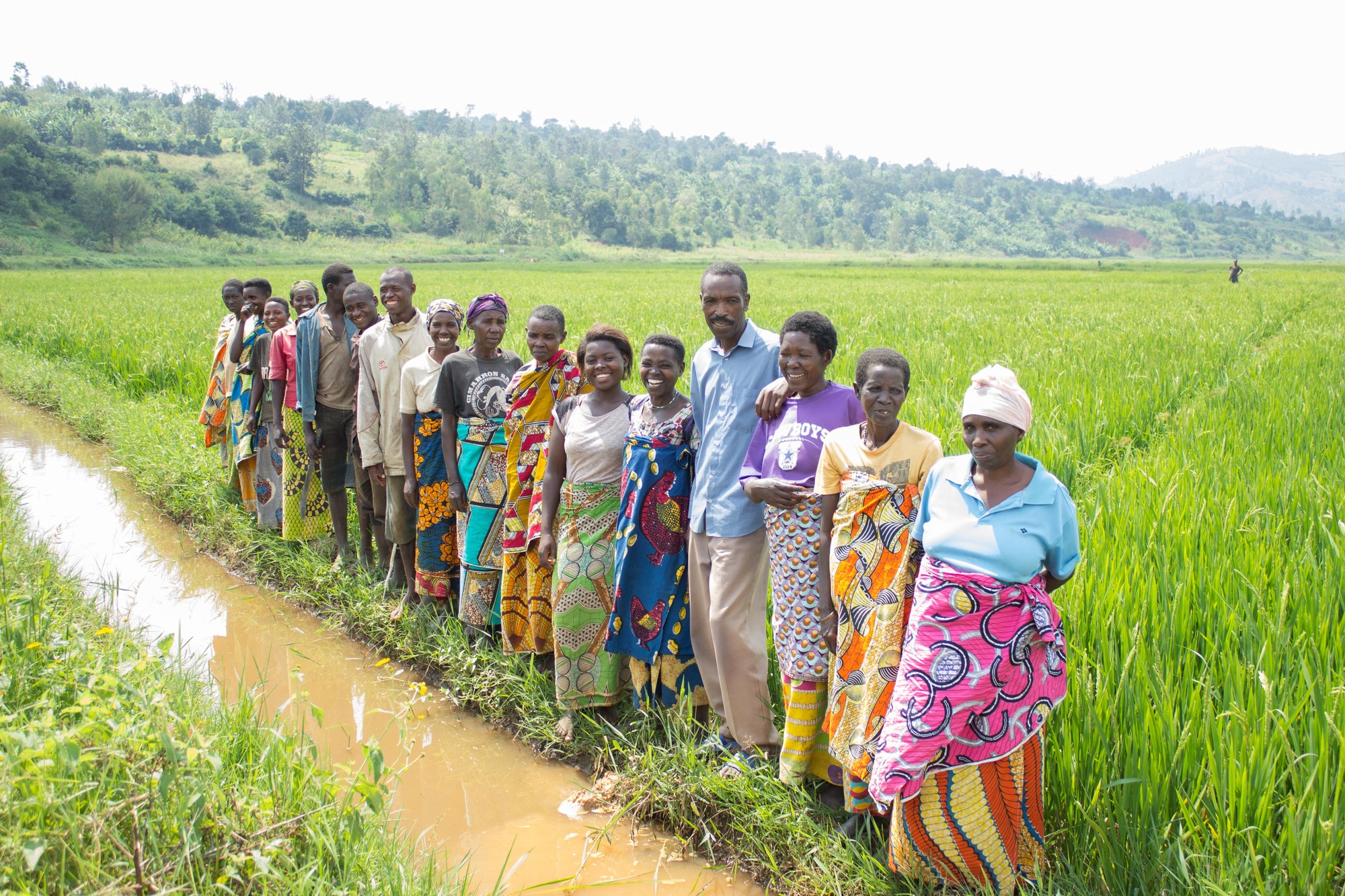 This community in Burundi joined participatory training on gender equality alongside training on agriculture. Photo by Irenee Nduwayezu/CARE.

To learn more about how food security is relevant to gender-based violence and why CARE believes investing in gender equality is the best way to both make women safer and address the global food crisis, read the full brief.

Elected officials in the U.S. have the power to break the cycle of rising gender-based violence and food insecurity by passing the Safe from the Start Act in U.S. Congress, but they must hear from you first.