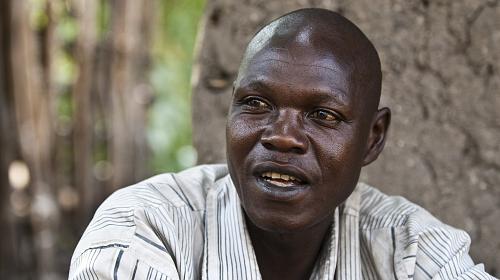 ATLANTA  — CARE, one of the world’s leading humanitarian organizations, will join next week’s Global Summit to End Sexual Violence in Conflict, a first-of-its-kind attempt to rid the world of the scourge of warzone rape.

The summit, co-chaired by Special Envoy for the UN High Commissioner for Refugees Angelina Jolie and British Foreign Secretary William Hague, aims to bring world leaders together to pledge their commitment to ending sexual violence in conflict. Held June 10-13 in London, it will be the largest-ever gathering on the subject.

CARE’s focus during the summit will be to examine the root causes of sexual violence. CARE will discuss its successful strategy of engaging men and boys, the primary perpetrators of rape in warzones, in prevention efforts.

CARE is hosting two panel discussions during the event. Catherine Russell, the U.S. Ambassador at Large for Women’s Issues, will participate in a session examining ways donors, governments and non-governmental organizations can engage men and boys in preventing sexual and gender-based violence. CARE experts will detail positive results from its “Be a Man” project in The Balkans.

A second panel entitled “When Soldiers Come Home,” will examine what happens when the trauma of war moves from the front line to the family as well as explore how to work with men and boys to combat the cycle of violence when war ends.

“We call on governments around the world to recognize that teaching boys to respect women, challenging and changing their attitudes, and overcoming everyday sexism can help prevent sexual violence, both in times of peace and during conflict,” said Helene Gayle, president and CEO of CARE. “Men and boys can be allies and champions for change, and together we can stop the cycle of violence from reaching the next generation.”

Globally, one in three women will be raped, beaten, coerced into sex or otherwise abused in her lifetime. The impact of this global epidemic is far reaching. According to the World Bank, gender-based violence accounts for as much death and ill-health in women aged 15-44 years as cancer does. It is a greater cause of ill-health than malaria and traffic accidents combined. CARE believes that this cycle of violent discrimination against girls and women can – and must – change.

CARE’s work in the Balkans, Uganda, Rwanda and Burundi has shown that working with men and boys really can break the cycle of violence. In parts of the Balkans, our work to teach boys and young men about respect, consent and non-violence in relationships has been scaled up by the government and is already on the school curriculum. In Pristina, Kosovo, 73% of young male adults now say it is wrong to use violence against an unfaithful partner, compared to 48% before.

Read CARE’s report on its Young Men’s Initiative in the Balkans.

For almost 20 years, CARE has addressed the underlying causes of gender-based violence and its effect on survivors in both conflict and stable development settings. A new report, Challenging Gender-based Violence Worldwide, analyses the impact of this work and how to build momentum based on extensive findings from our work in 58 countries to tackle violence against women.

The Role Model Men and Boys (RMMB) approach mobilizes men and boys to dialogue and go through personal reflections to explore...

This 3 page document is one of a series in the Feed the Future-funded GRAD program's learning breifs.

This 12 page brief lays out lessons learned from CARE's learning initiative on Engaging Men and Boys.

This ten page brief lays out CARE's framework for engaging men and boys and presents stories of change using this methodology.

CARE works with men and boys as partners and allies because their leadership and buy‐in is essential to CARE’s efforts to decrease gender inequality and fight global poverty.

Read about the Young Men's Initiative in the Balkans and what we're learning about how working with men and boys can lead to women's equality in families and communities.

CARE's work on Food Security in the Ultra Poor in Bangladesh (FSUP) indicates that the changes for women can only happen if there are...

Our Gender Equity and Diversity 501 curriculum is a practionners' training manual for working with staff on how to engage men and boys...

Report on findings from the International Men and Gender Equality Survey (IMAGES) work, including the Croatia findings, where CARE was...

Results from the International Men and Gender Equality Survey (IMAGES) study that CARE Mali conducted to explore masculinities in Mali...

The Strategic Impact Inquiry put a clear and intentional focus on women – their beliefs, their dreams, their capabilities, and their experiences with the relationships and institutions that shape their lives. And yet one of the SII’s most important messages is that lasting empowerment for women requires a more serious and honest effort to understand and support change among the men who are so integral to their lives.

The Young Men Initiative (YMI) is a promising, evidence-based strategy for engaging young men throughout the Western Balkans in the promotion of gender equality and the prevention of violence. Pilot activities took place from 2007 to 2010 and reached over 4,000 young men ages 14-18 through educational workshops and campaign activities. The design, implementation and evaluation of the pilot activities were a collaborative effort between local partners in Bosnia and Herzegovina, Croatia, Serbia, and international partners from Brazil, Northern Ireland and the USA. As one of the first systematic efforts in the region to specifically address young men’s behaviors and vulnerabilities from a gender perspective, YMI has led to positive, evaluated results at various levels and useful considerations for youth programming in the region and elsewhere.