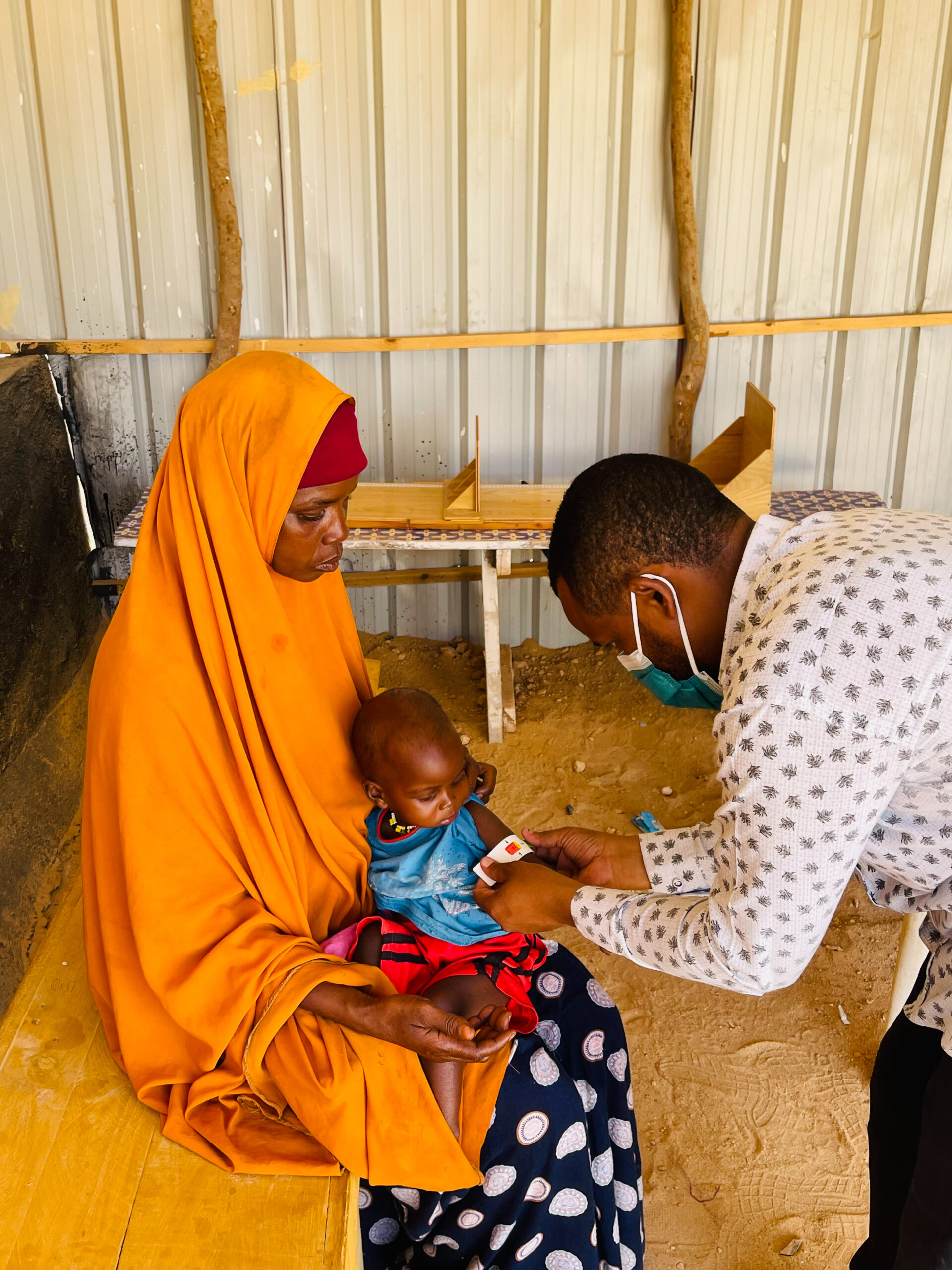 CARE is concerned by the number of children who are showing up at the health facilities emaciated as the current drought that has left families not knowing where the next meal will come from.

8-month-old Baby Halima was admitted to Afmadow Health Facility weighing only four kilograms and was severely dehydrated. Her parents are farmers who lost their entire crop due to the failed rains that have exacerbated dry conditions in the country. “We have not received rainfall in more than two years, our crops and food stocks have been wiped away. I cannot provide milk for my child so we give her water and a little food which is not sufficient,” said Halima’s mother.

The protracted drought in Somalia has left more than 1.4 million children severely malnourished. The numbers are expected to increase as the country faces its fourth consecutive failed rainfall season and is now on the brink of famine. Shortfalls in local food production combined with the disruption of global trade have led to a substantial decrease in imports to meet local needs. This has resulted in a more than 36% increase in food prices. Wheat prices are up by over 40%. With the loss of over 700,000 livestock, milk production has also dropped. With no way of making money, families are starving as the situation gets worse.

“We are expecting the number of malnourished children to rise each day. The increase in admissions is overwhelming our health facilities and we need more support to reach more children, especially in remote areas. With no urgent attention and scaling up of responses indicators point to possibly more child deaths than we saw in 2011,” said Elmi AbdiNur CARE Emergency Director.

CARE is working through a network of 56 Ministry of Health (MOH) Facilities and 77 mobile units providing free lifesaving health and nutrition services to pregnant and lactating women as well as children under five years.  Even with these ongoing interventions, it is key to note that there is a decrease in the number of ante and postnatal visits. This is because mothers have to travel long distances to look for food and water for the households and became occupied with household duties due to the absence of men from the household, thus finding no time to come to the health facilities.

“As a mother, I cry every day seeing my child suffer due to lack of food. This drought has taken away our dignity. How can a parent fail to feed her children?” said Halima’s mother.

The 2022 Somalia Humanitarian Response Plan requires US$1.46 billion to reach 5.5 million people across all 74 districts of the country. With only 8.4% of the response plan funded, the funding gap stands at 91.6%. The cost of inaction will result in a catastrophic disaster.