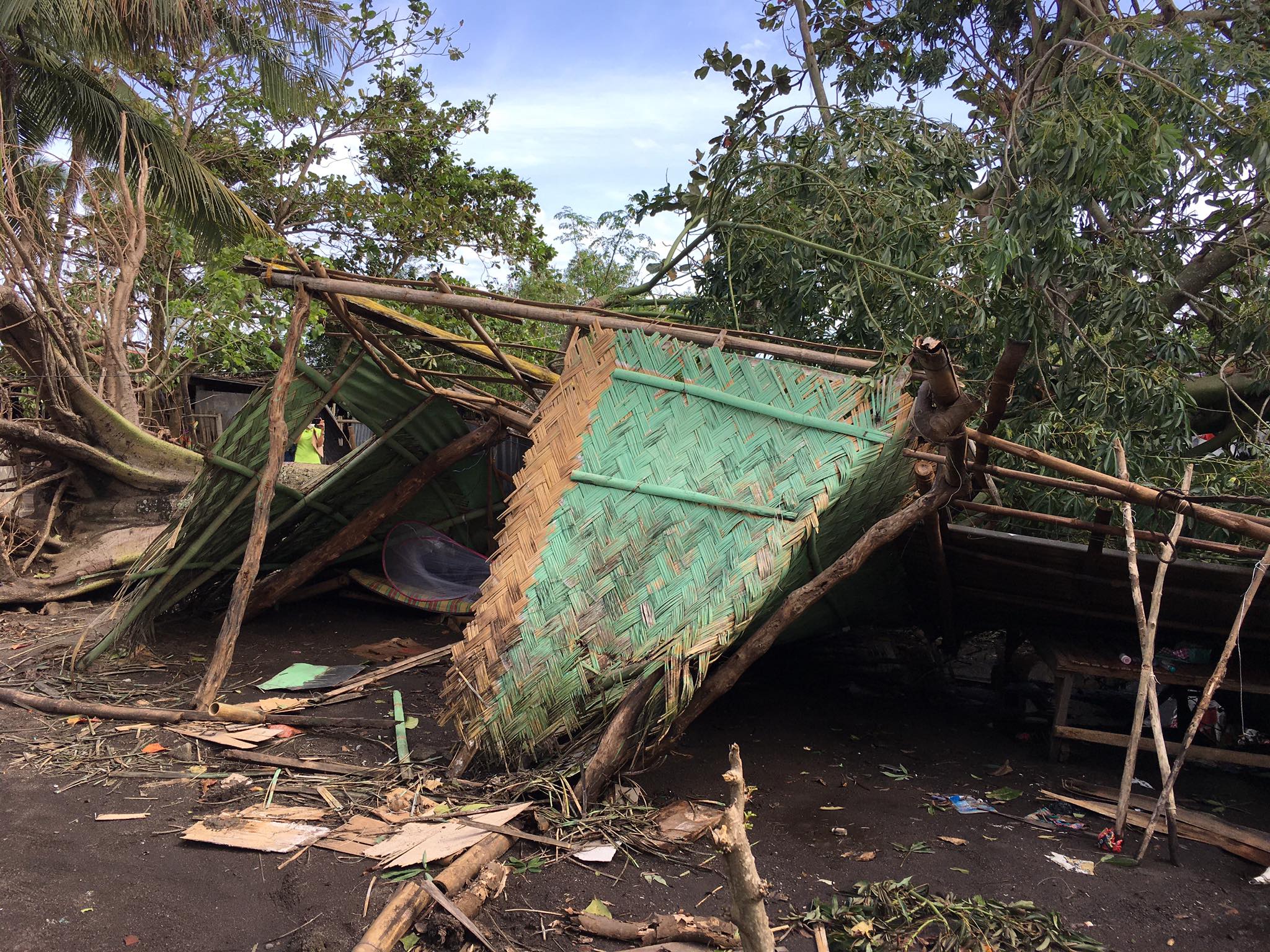 November 16, 2020, Manila, Philippines – In Cagayan Valley, in the northeastern Luzon, at least 10 died due to landslide, drowning, and electrocution, houses and agricultural lands were swamped in flood, families including elderly and children still were stranded on the roof of their houses, bridges and roads remain impassable after Typhoon Vamco hit last Wednesday, November 11, 2020

Cagayan Province is now declared under state of calamity. Deep floods caused by rainfall submerged the area, affecting a total of 336 barangays with 294,987 individuals. Only about half of them were evacuated, based on the report of Cagayan Provincial Information Office. The flooding worsened when Magat Dam opened its seven gates to release water after it reached its spilling level, directly affecting several municipalities in the province.

CARE Philippines is currently working in the municipalities of Amulung and Gattaran in Cagayan Valley under the Increasing the Resilience to Natural Hazards (INCREASE) project together with local partner ACCORD. Local leaders from INCREASE areas remain unreachable as power interruption continues in the affected areas.

Based on CARE Philippines interview last Saturday, November 14 with Cagayan Provincial Office Public Information Officer, Francis Joseph Reyes, “continuous recession of flood waters in Amulung and Gattaran areas are experienced, while Tuguegarao City is the top priority for rescue operations as it remains to be a critical situation.”

While pre-emptive evacuations were implemented before floodwaters started to rise with around 1,431 families housed in evacuation centers, and 3,965 families sought shelter in their relatives, a lot of families still opted to stay as they were not informed of the severity of the flooding. 151,159 individuals have been staying at evacuation centers across Cagayan Valley.

More than the rescue efforts, provision of humanitarian assistance is needed in the next few weeks. “The flooding in Cagayan Province is a direct impact of the series of typhoons that affected the Philippines in the past two weeks. It is critical to provide the affected families not only food, but also the resources they would need to recover – shelter repair kits, water purification tablets, sanitation and hygiene materials. Needs of women and children should be provided as well – this can come in the form of female hygiene items, and children and adult diapers. And we also need to consider that COVID-19 pandemic is still on-going; face masks, alcohol and disinfectants can prevent the spread of the disease in the evacuation centers and as they rebuild their devastated communities.” shared France Jimenez, INCREASE Project Manager.

CARE has been working in the Philippines since 1949, helping communities prepare for disasters, and providing emergency relief and recovery when disaster strikes. CARE has ongoing programs across the Philippines, including in the areas affected by Typhoon Vamco. CARE has activated its emergency response protocol and has assessment and response teams on the ground providing assistance in coordination with partner organizations and local government units.